We Had Pizza at a Pizza Place, and Did Other Stuff Too…

In 2015 our main priority for Jam in the Van is to find a permanent home for The Van within the city of Los Angeles. We’ve filmed in so many back alleys and parking lots, and now add pizza joints to the long list of venues that have hosted our traveling rock and roll wonder show. Not that this is a bad thing, we love bringing The Van to new places and meeting new people at those places. We’ve just decided that we prefer that those new places be outside of Los Angeles, and that while within the city’s boundaries we keep our beast parked in the same location at all times. That however is still a pipe dream, although the pipe gets shorter by the day. As for the present, we still are forced to seek out unique locations to host our sessions.

In this instance, we were in a bind. We needed to film in LA a couple more times before we headed to Austin, TX and began our festival season, or else we weren’t going to have enough content to fill our release schedule. Since we couldn’t do that to you fine folks out there in internet-land, we did our best to problem solve and find a parking spot. Enter Cesar Ramirez, guitarist for Jessica Childress’ band, and maestro for his own project, Nu Movement. After his session in The Van with Jessica Childress, Cesar immediately reached out to me about getting his other project in for a session. At the time we were quite booked up, but I listened to his music and it was pretty good, so I told him that we’d figure out something at some point. I had no idea how persistent of a person Cesar was.

He followed up with me just about every week, sometimes more than once a week. At one juncture I reached out to him inquiring as to whether or not he knew of any locations that we could film at. I promised that if he had one, we would film Nu Movement at the location. This shoot actually never came to fruition at the time that it was planned for, but through planning it I happened to give Cesar my phone number, and that opened up a whole new wave of persistence that involved text messages and calls. Two things came of this. The first is that I am now very careful as to who I give my number out to, because I enjoy my sleep, and texts and calls in the early morning are one of my least favorite things in the world. Two, Cesar would be Johnny on the spot when it came time for us to need a location. So when that time came around, I gave Cesar a buzz, and he gave his friends at Desano’s Pizza a buzz, and just like that, we were scheduled to film sessions in a massive parking lot outside of a pizza place, another Jam Van first. 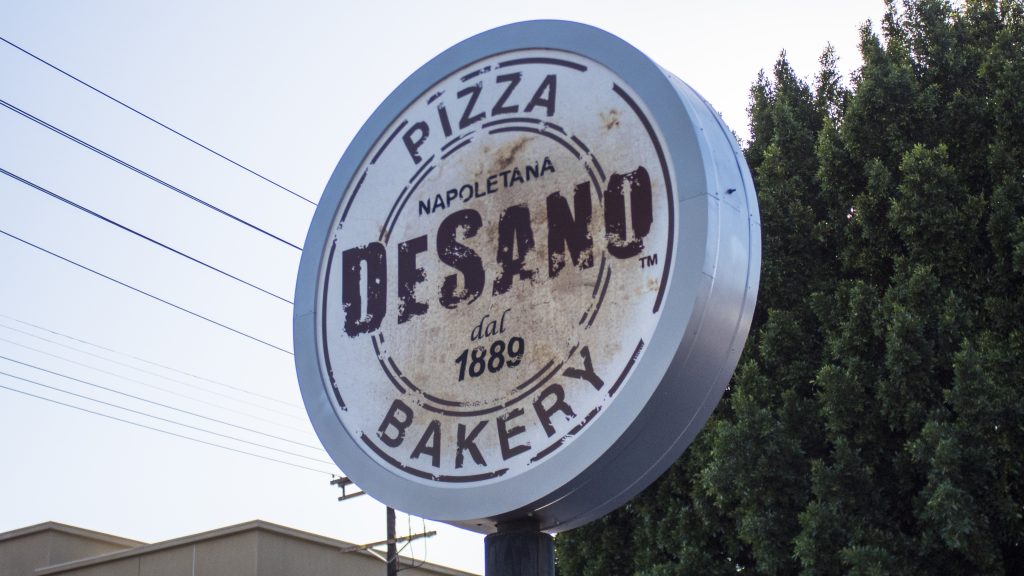 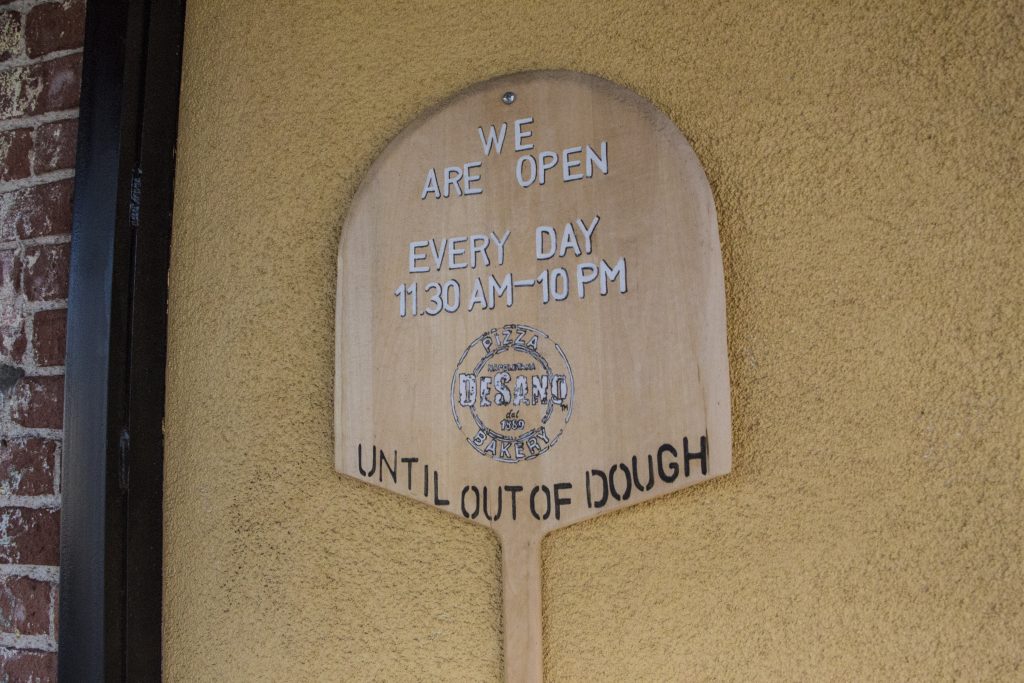 As for firsts, The Revivalists were the first band of the day to join us at the pizza joint. We’ve filmed these guys before, at High Sierra Music Festival. This was a decidedly different atmosphere. In fact, this go around we were greeted in the parking lot by members of the local police force. They actually asked if we’d do Jam in the Van in their parking lot at the station. We said we’d get back to them. I guess all I can say to that is at least we weren’t in Texas.

The Revivalists session actually almost didn’t happen. The band was running a bit behind for sound check at The Wiltern and were unsure if they could make it happen. However, we ployed them with claims of our efficiency. Promising that we’d have them off and on their way within an hour. There used to be a time when this would never have been possible. Our early Jam in the Van crews were horribly inefficient and unprofessional and it took hours for them to set up and film a session. Now we rarely fall off of schedule at all. I don’t think the vibe around the shoots has changed too much either. We’re still laid back, but we’re a bit more mature about how we go about handling our business, literally. Thus, The Revivalists were in and out with a quickness. Which was a relief, because they’re pretty great, and it’s always a shame when we miss out on a quality session. They even performed one song with Clyde the Puppet singing back-up vocals. Those are the gems that really showcase The Van’s magic. Spontaneous, little bits of magic, and you couldn’t conjure them up anywhere else. 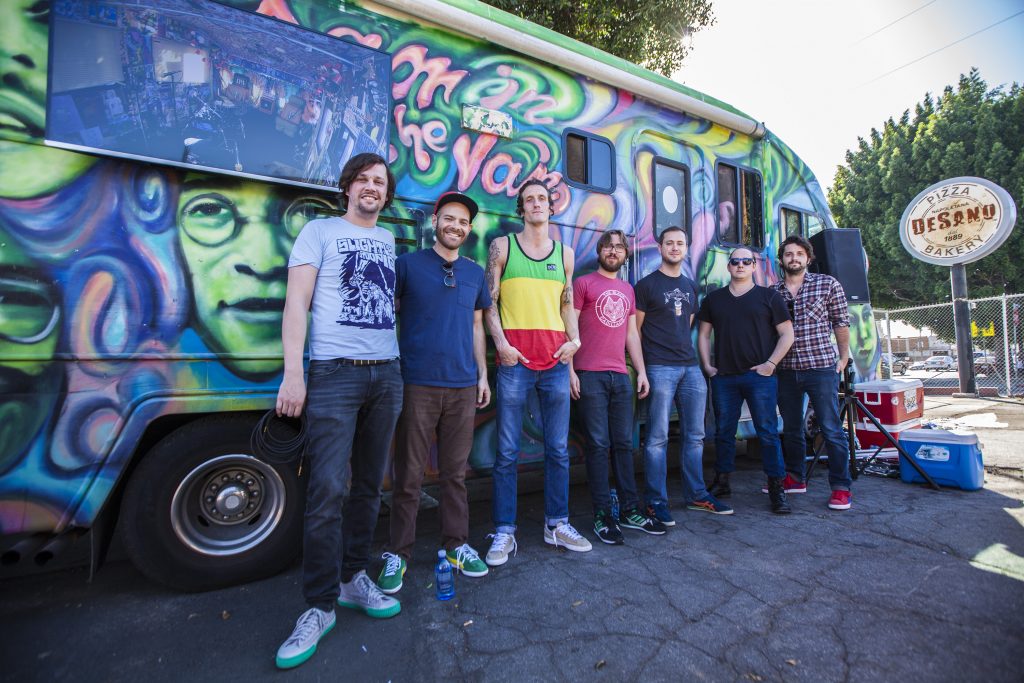 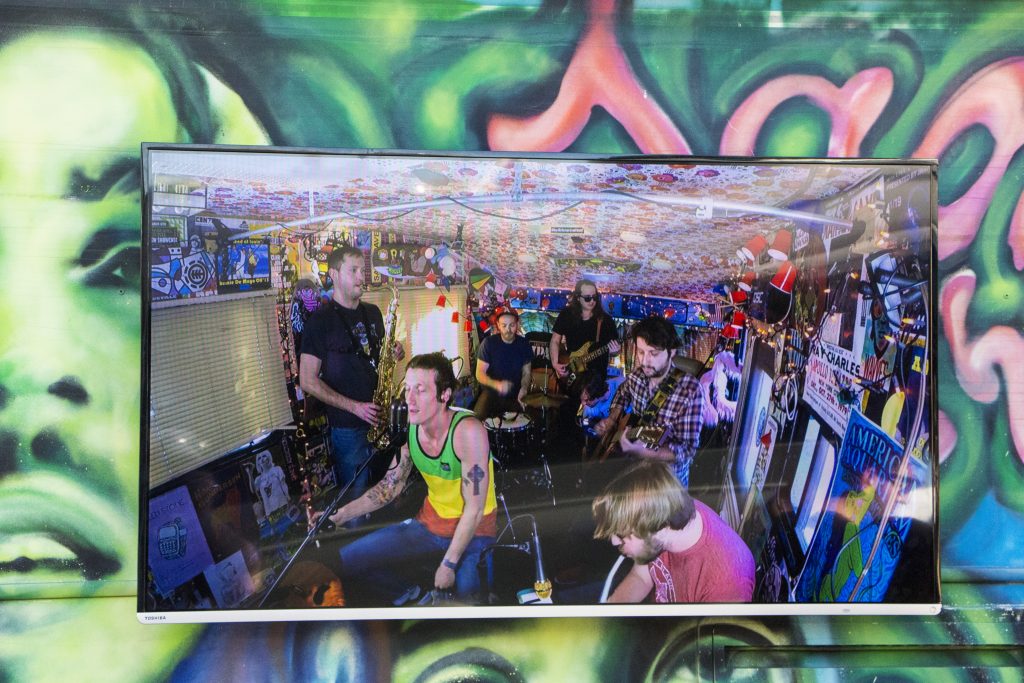 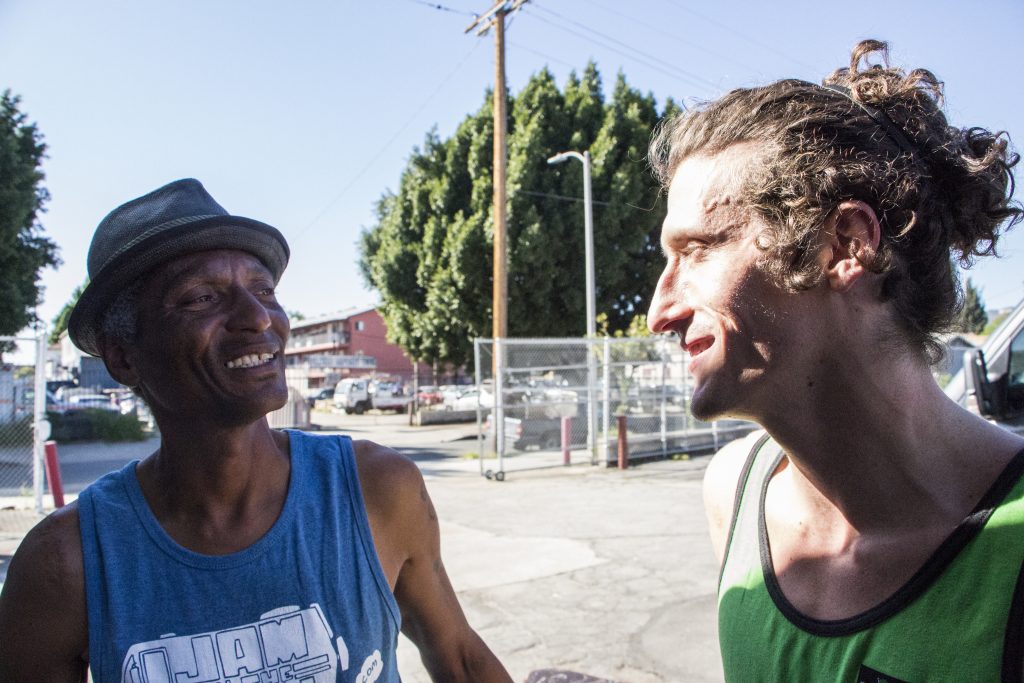 Second up on the docket was the band behind the location, Nu Movement. They seem to be one of those bands that’s kind of like a musical collective. With Cesar and his buddy D. Mills at the helm, guiding a large assembly of funky musicians ranging in age, shape, color, and personality. It’s a refreshing take on a group, as often times we come across bands that seem to be composed of members cut from very similar cloth. Not that one situation is better than the other, but one might assume that the diversity that was apparent in Nu Movement might have a certain unique effect upon the music created by the band, and vice versa for a band grown from a dissimilar situation. In this instance, the heady mix of people translated over to a heady mix of funk, hip-hop, rock, and world influences. I dug it, and I’m glad Cesar kept on us to record it. 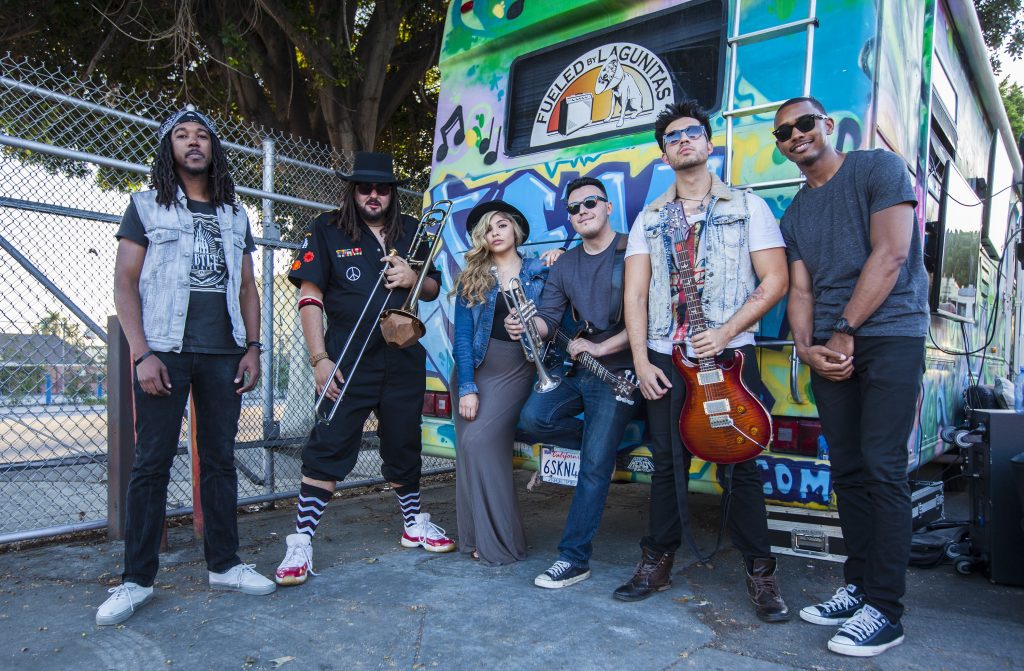 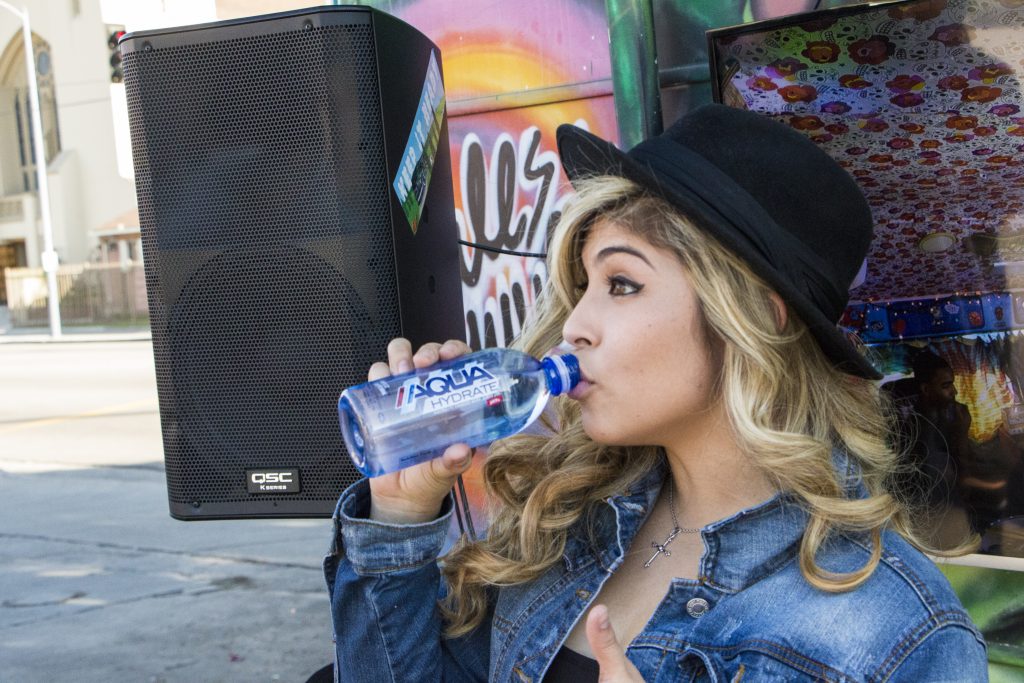 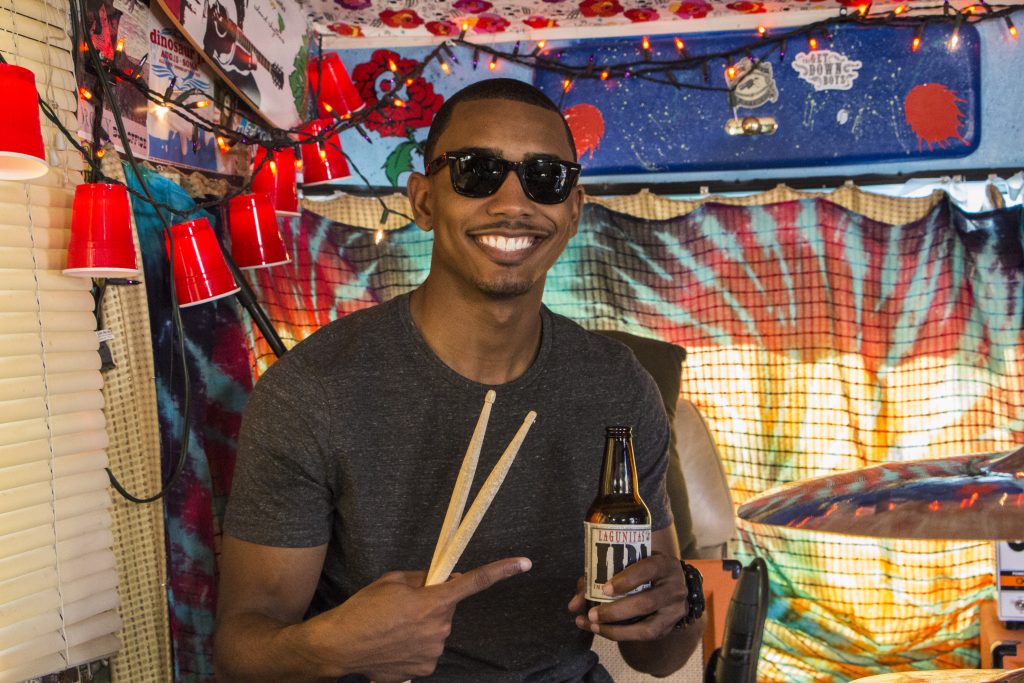 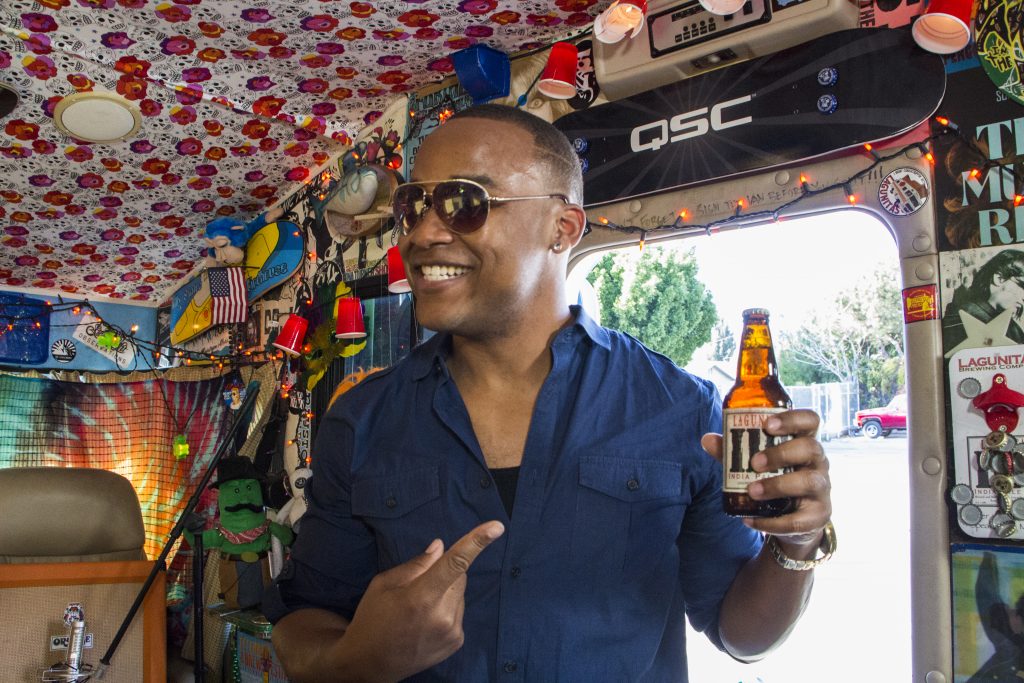 For their part, Nu Movement was extremely gracious and thankful for the opportunity. There were a lot of handshakes and hugs and they stuck around for some pizza afterwards. Funny, Cesar had never tried Desano’s Pizza before. So I guess you don’t need to be a devoted customer to park a Jam Van in their parking lot, that’s pretty heady.

The dude who owns Desano’s turned out to be pretty heady himself. I think he was Italian, but he could have been something else. He definitely had an accent. He dug the scene, came out and hung with us, told us a bit about himself and his business. Turns out they’ve only been there for about a year. It’s a huge space so I assumed they’d been there longer and were grandfathered into the building. I guess dude is a baller and goes hard in the paint and scoops up the biggest pizza joint on the block on his first move. Kudos to that, I hope it works out.

It seemed like it might be, what with the local civic workers in blue grabbing cuts for lunch and then later in the evening Desano’s hosted a local elementary school event. The parking lot was flooded with little children. Perhaps the most kids at a time that have come across the Jam Van.

This coincided with our third band, Geronimo Getty’s set. So the parents got to hear some tunes, and the kids got to play with some puppets inside of a magical van (#notcreepy) when the band’s Southern California Country music had concluded. We got the kids to scream “keep it heady” on camera. I’m sure they had no idea why they were saying that, but it was awesome and maybe they’ll see themselves on the YouTubes in a few years when they’re old enough and possibly interested enough to search for music on the internet. Then they’ll say to themselves “that was heady.” I also got them to yell to our sound guy, Ethan, “hey Ethan, why do you smell so bad?”
That was awesome and they may also see that clip some day down the line and wonder, who is this Ethan cat, and does he still smell? 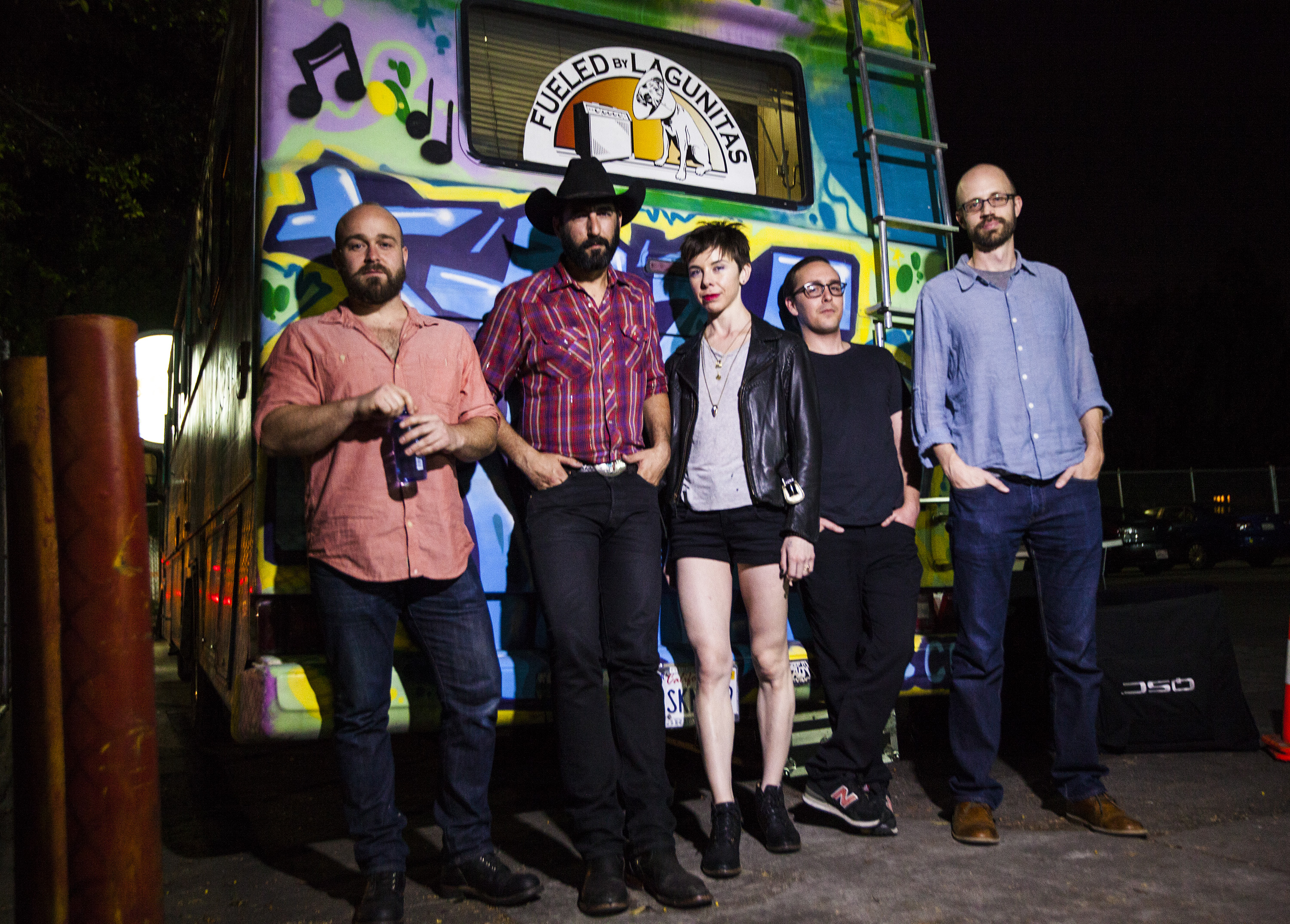 Actually Ethan doesn’t smell, just looks like he does. I’m kidding, neither of those things are true and clearly I’ve exhausted the necessity of commemorating this event in Jam Van history, so we’ll call it a wrap. So, it’s a wrap, go eat some pizza. 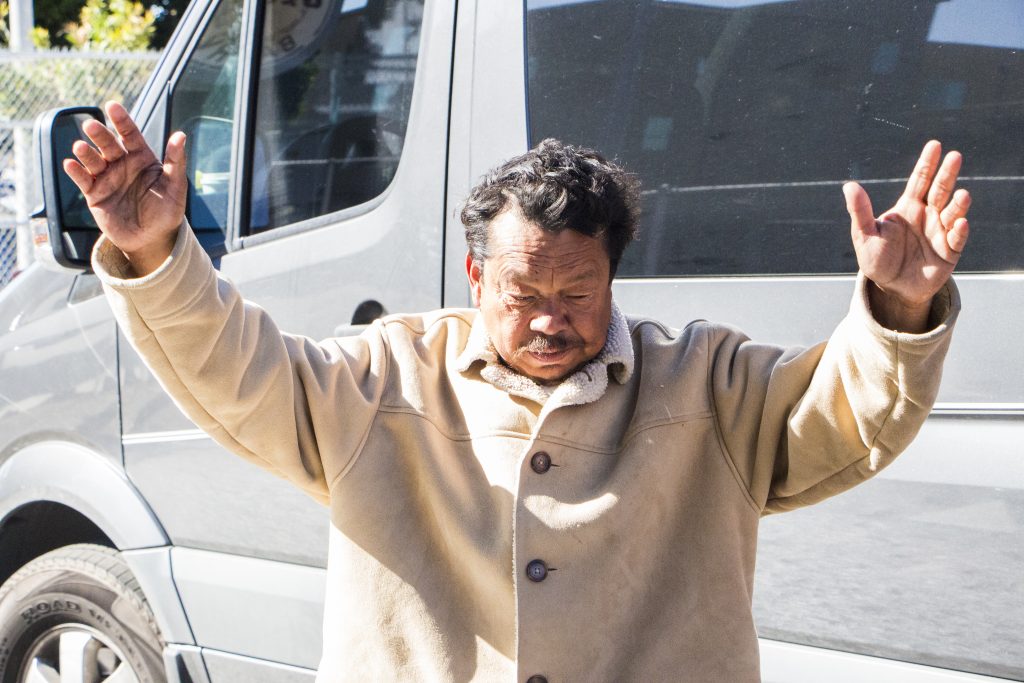 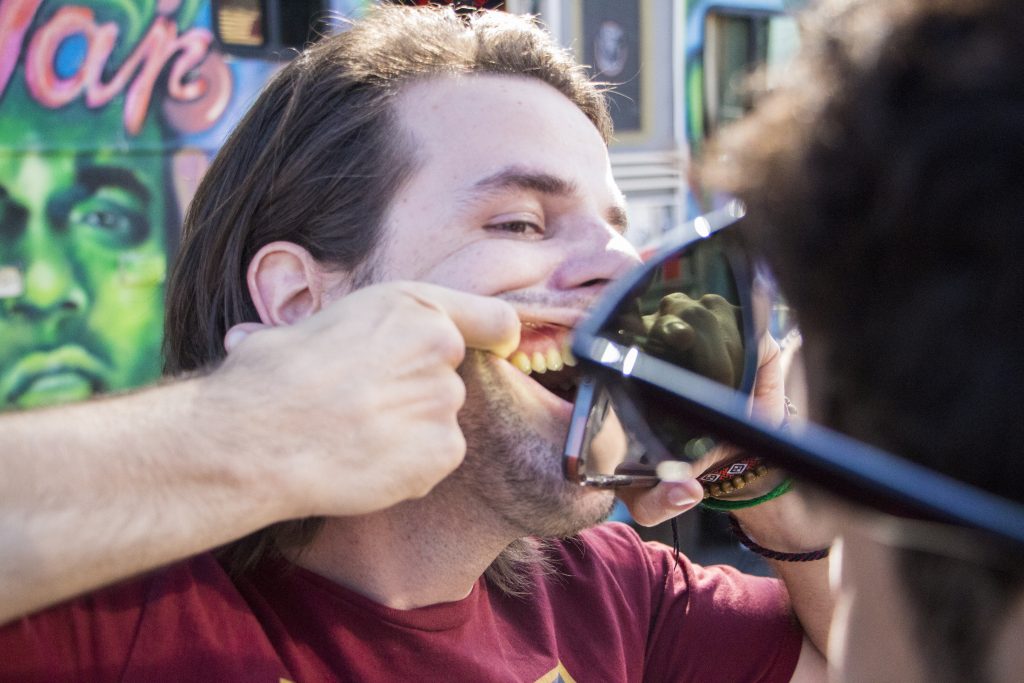 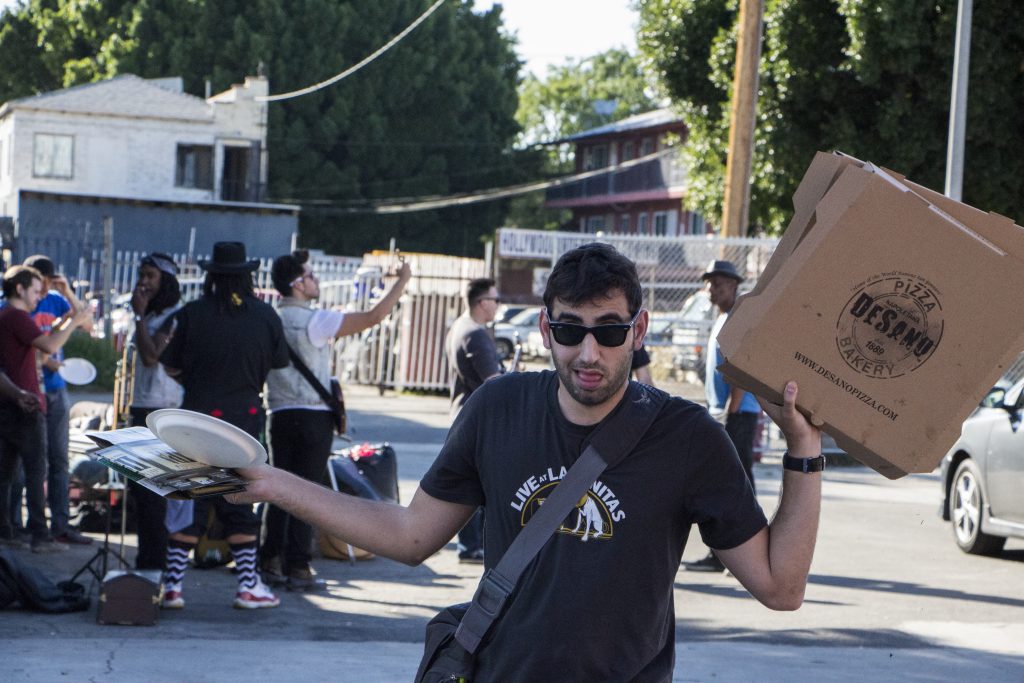 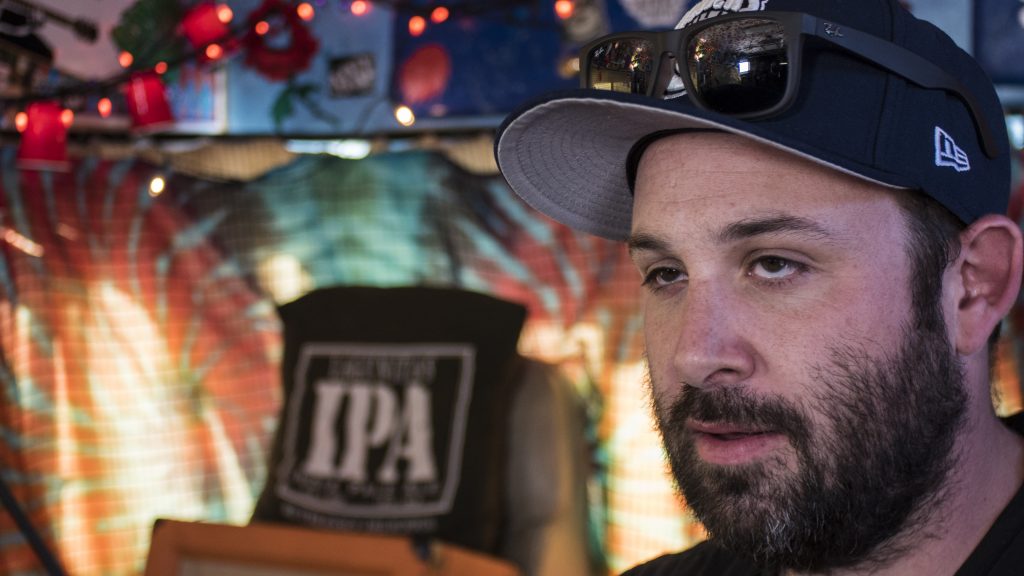 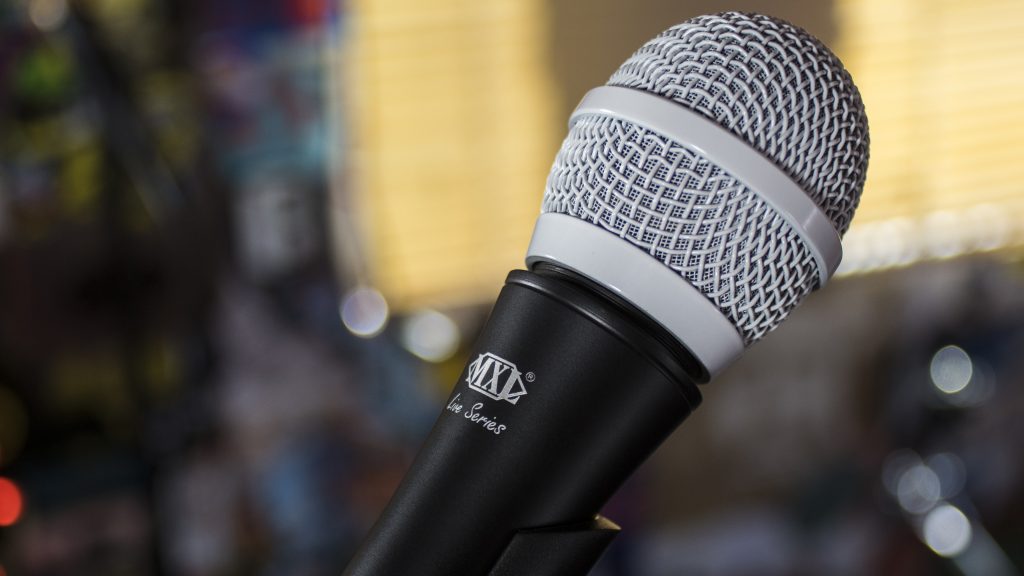 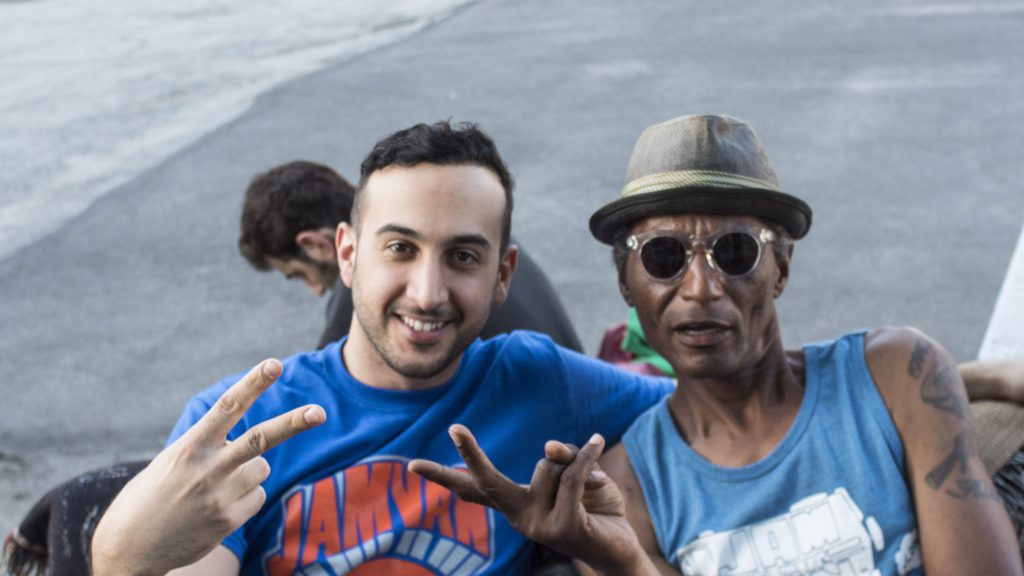 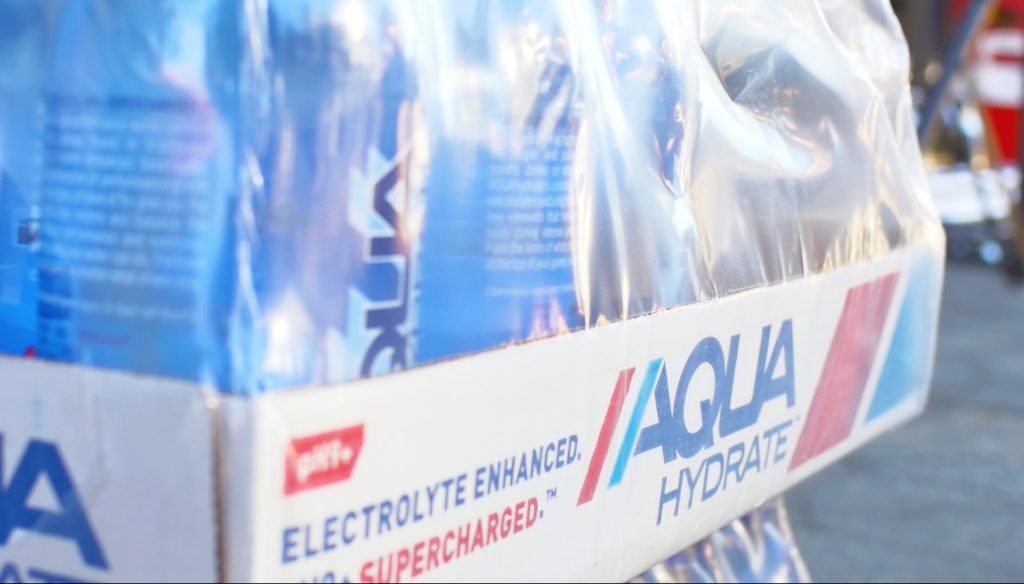