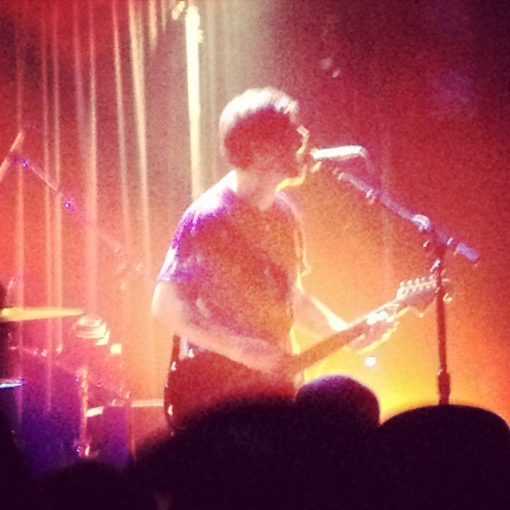 Red Bull thew some sort of Red Bull event at The Echoplex, and I don’t remember exactly what it was for, other then Red Bull. Some MC-type explained it at some point, but I did not pay attention. I assumed if a company like Red Bull was telling me something that it was probably some corporate buschwaa and I wasn’t interested. What I was interested in however, was the fact that they only charged heads $3.00 to get into the show, or $10.00 if you showed up after 10PM. Both were decent prices to catch a Wavves show, because like, it’s Wavves, man! Two v’s, the first one for spelling, the second for making it viral.

His appearance at this Red Bull event answered a long lingering personal question, whether Wavves exists outside of SXSW? Seeing them in the flesh performing songs from their new album, Demon to Lean On, gave me conclusive evidence that Wavves does in fact exist outside of SXSW. Although I found no evidence to answer my other Wavves query, whether or not Wavves was created for Pitchfork, or if Pitchfork was created for Wavves. I will figure this out another time. 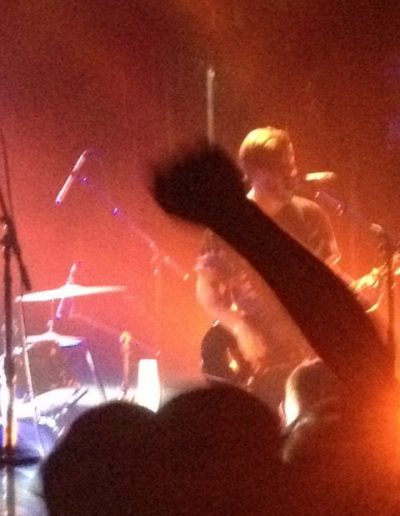 Bro with his hand up is like “Yeah! Wavves!”

As for the show, there were a lot of ironically dressed people in a dark room, and a good amount of them were chicks, so the people watching was on point. I made the mistake of standing a bit too close to the speakers, because I wanted to feel the full force that is Wavves, and that actually was kind of more forceful then I expected, cause it f’d up my ear. I spent the entire next couple of days making people repeat stuff into my left ear because the right one wasn’t having any of it. So in that regard Wavves was pretty rock and roll, even if I did have to hear 4 hipsters yell out the same anti-corporate Red Bull joke to the not-listening-to-them crowd while drinking a PBR in their $50 t-shirts.

At one point some dude got loose from the surpisingly violent mosh pit and stepped on my toe, that was the low point of the show for me, which means it was a pretty good show, by my calculations. I drank zero Red Bulls, but I did steal a poster off the wall. We’ll call it even corpo-America. Till next time Wavves. 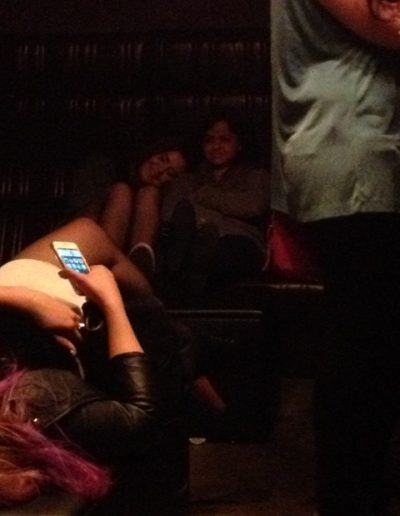