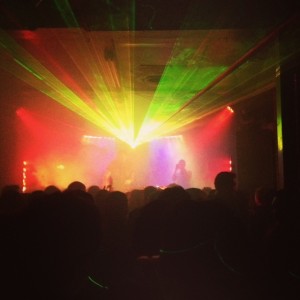 The Versus Party series at the Central SAPC came to a stunning conclusion Thursday January 10th, as its billed “special guests” turned out to be Crookers, Congorock, 12th Planet, and none other then Versus founder, Skrillex, aka The Skrillex, aka the Prince of Dubstep, aka friggin Skrillex mayne! The lazer lights were in full effect, my retinas got singed several times. The atmosphere on stage was like a rap show, packed with EDM entourages and dancing womens. Except these DJ’s were admittedly a more Caucasian caucus than say, a Juicy J show, but they passed a bottle of Grey Goose around with just as much zeal and excitement. 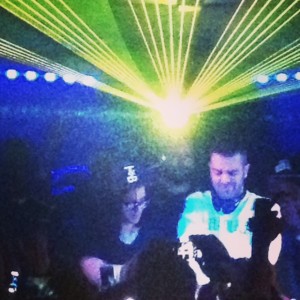 The capacity crowd was none the wiser of the Skrillex’s presence until he actually appeared through a cloud of smoke machine fog. When their eyes focused enough to see that iconic half shaven head they let loose in a hedonistic gyration.. The young girls, they was a many, and their twerk certainly picked up when Skrillex hit the decks. It was a good scene, a packed little dark room, just the beats, the freaky lights, and the wild dancing, it was that pure, uncut, pure-pure Skrillex, son. I was told by a dude who was younger then me that it was “mental.” Mental is that new shit, believe that. So fare the well Versus Party, it was a thizzy ass run. 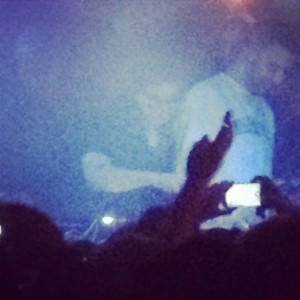 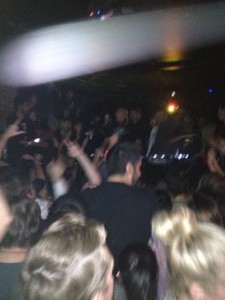 What your vision should be doing if you Skrillexed proper.