So we threw a party last Friday night. Here’s like, a list of cool stuff from that night, and stuff:

1) Smooth Hound Smith, I dig this duo. Caitlyn Doyle’s got pipes, the Smooth Hound’s got rhythm and jive. I’d like to see them cook in front of a lot of people. I’d venture to guess those people would shimmy. 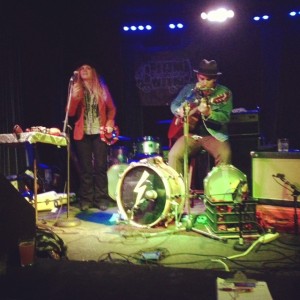 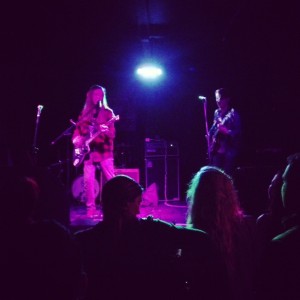 Award for best rock and roll hair on the night goes to The Diamond Light. Wasn’t even a close.

3) The Dustbowl Revival had a power line-up going, eight strong. I remember a fiddle dueling with a sax, which was an admirable duel. Everybody won. 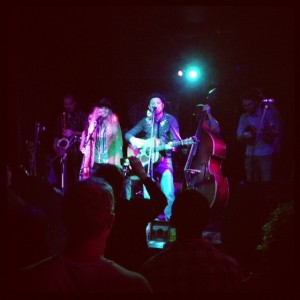 4) At some point Mr. Dosesky of SuperGood Music fame danced a jig for me. If I was ranking these things in like a quantifiable order, that’d probably be number one, or tied for number one with watching Dosesky eat matza ball soup at Izzy’s Diner while a bunch of ratchet ladies with their undies hanging out came through the joint, but that was the after party/freak show combined. 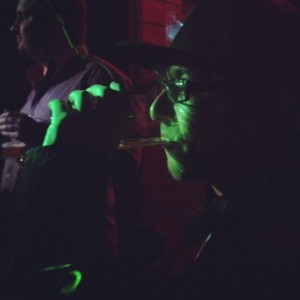 The Dosesky with the mostsky doing what he referred to as “turning up.” I think it’s street lingo.

5) Kosha Dillz was in the building. Legitimately in the building. If you don’t know who that is or what that means, or why having the Rap Game Yung Menorah in the room was big time, then you need to Google son. Yes, of course he free-styled. Spit hot fire over Black Crystal Wolf Kids version of the Cold War Kid’s “Hang Me Up to Dry.” He gangster-rapped the word Hanukkah like three times. Why? Because it was cool as hell and because it was Hanukkah. Duh. 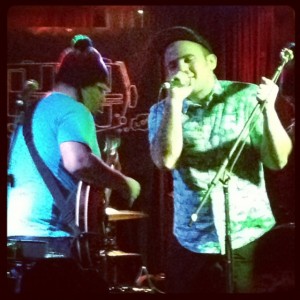 Yung Menorah, in the flesh, spitting raps as hot as latke oil.

6) Black Crystal Wolf Kids played for like two hours and I think lead-man Jeff Miller must have coerced the crowd into a power clap during every single song. Power claps are what’s up. 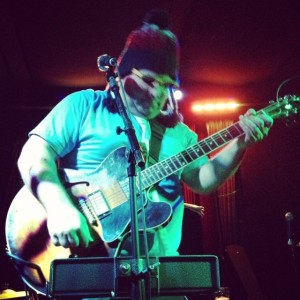 A rare moment of non-power-clapping.

7) The toy drive was a success. I thought I had brought the coolest toy. A remote controlled car with some batteries that I found in my freezer and put in a plastic bag inside the box, which ended up looking like drugs, but still, sweet gift. However, some dude tried to upstage me with a catapult thingy that was pretty bawse, and Deez kept saying her girly Play-dough set was legit, but she was fronting.

8) We had a toy drive and benefit for a children’s charity (Thinking About Tomorrow) and our DJ’s name was DJ Murda Child, and DJ Murda Child played zero 2 Chainz! That wasn’t really a highlight of the night, I just feel he needs to be chastised for it.

YOU BEST COME TO OUR PARTY NEXT TIME