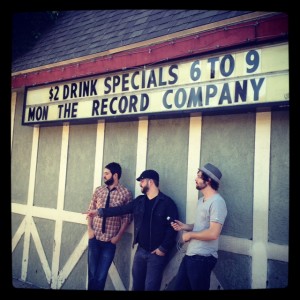 We recorded The Record Company and the opening act, The Nervous Wreckords in the Jam Van prior to their show at The Satellite. The second band got caught in a bit of traffic on their way from San Diego so we hooked up the Nintendo on the street to keep us occupied. Made it to level 4 on Mario 3 before they showed up. 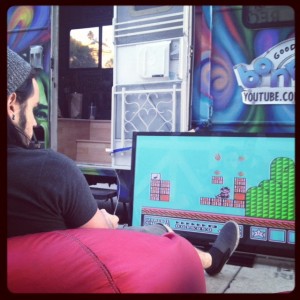 “Playin’ Nintendo on a sidewalk in Silverlake…we are living large.” – Dave Yeaman, aka Kings of Leon. 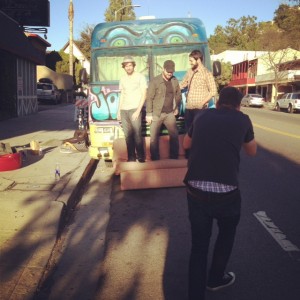 Band on a couch.

When The Nervous Wreckords did arrive it was with each member of the band clad in a different variation of an all black outfit. When they played the club later in the night there were no outfit changes, only loud rock and roll. They kind of got me a little woozy with the punch of their loud. It was like, super loud. Super-fast, my head banged, a lil. 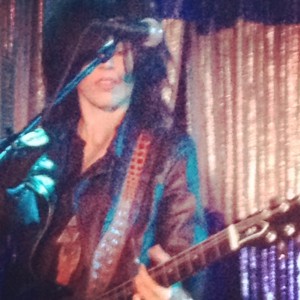 I dug her take on the black outfit the best. It utilized really tight pants. It worked. 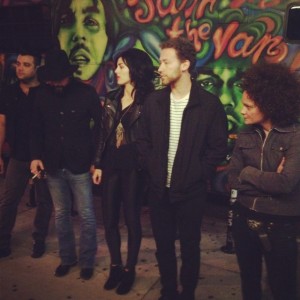 Their drummer had the most legit fro I’d seen on a drummer in days.

The main event, The Record Company, was some good blues for Silverlake on a Monday night. Is that saying much? I meant it as a compliment. The Record Company is damn good at slapping some stank on their tunes. The lead man, Chris Voss fronts the stank-slap of guitar to your face. He gets down on his knees with his music-stick and it don’t seem forced at all. It’s a fun-ass time. 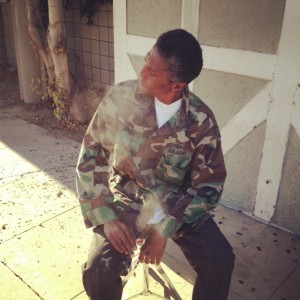 Spud described The Record Company as “the type of music a stripper gone get on the pole to.” Believe that.

They closed it out with a call and response cover of the Kinks’ “All Day and All of the Night.” Voss told the crowd to shout back at him “like it was Saturday.” He might have said Friday, I’m a little hazy on the details. I do remember that it made sense. A well placed rallying cry, it got the crowd’s Monday-shake out. The band left-em wanting, which is the way to hop off the stage, no doubt.