FROM THE DESK OF THE WOLF:

A Haiku for you!

Purple Rain Lost The Fight
Almost killed a man with no smile
The Rolling Stones for twenty.

So As the weekend neared and The Party Boy Wolf began chomping at the bit, I thought I’d visit the Silverlake Area and get my hipster on.

Purple Rain, for those who choose to not know anything about me, is my 2000 Dodge beauty.  This beast has the will of a 20 year old perv, but the dick of a 70 year old. It got me to my destination and things seemed grand, but with The Wolf there shall be trouble. Long story short, Purple Rain is lost and the hair on my knuckles is barely starting to come back. Never buy a breakfast taco from a vending machine! Oh and Some band Called the Rolling Stones played the echo on Saturday. Not sure how big they are but I got a picture of the marquee with their name on it. Probably as close as I could and will ever get to this band. 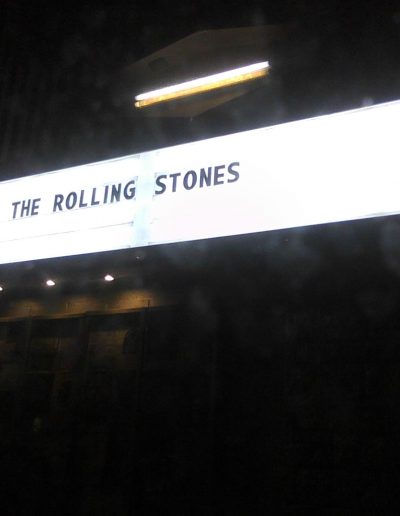 The closest the Wolf ever got to The Rolling Stones. Look how shiny and bright. 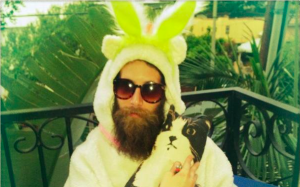 Matt Ramirez drank some ooze type stuff and snorted paint chips when he was a kid in Texas. It turned him into The Wolf. A bearded hooligan who plays bass like a skitzo in the band Ivory Deville.  You can find him on Twitter @PartyBoyWolf and in a cheap motel in Eagle Rock.  If you have interesting barters he’s usually game, you know, for whatever…