We pulled off on the outskirts of downtown Phoenix sometime around 5:30 AM. There we took slumber in the classiest of spots, a McDonald’s parking lot. Prior to laying our heads down, we enjoyed a late night trip to Target, snagged one a them I-Pod speaker systems, because although we can record music with the utmost precision in our Jam Van, we don’t have the best speaker situation to actually listen to that music once we record it (ed. note: not including the bunk static radio that comes through as it sees fit) (ed. note: the Perfect Hippie said “we’ve got radio, we’re good,” about five times while we blasted static Creedence)(ed. note: that wasn’t good enough) (ed. note: the static, not the Creedence).

The big thing to report about that segway was that when we pulled into the Target we saw the bright shiny lights of some place called Boomer’s. The place was shaped like a castle, A CASTLE. That’s not the kind of thing this group of twelve year olds, er… late twenty somethings, passes up. Even if that castle really was a crusty arcade in the middle of nowhere. It had go-carts and it was pretty damn magical all the same.

The Buddhaphest won the race, but in actuality we were all winners, because when you pull off of the highway in a Jam Van to ride on go-carts, well you can’t really lose at that one.

So we woke up in that McDonald’s parking lot. I took a McDump, and brushed my McTeeth, and we hit it to Phoenix. There my boy Lockin took care of us. Let us jump in his filthy and freezing swimming pool. Let us clean our equally filthy bodies in his shower and let us sunbathe on his deck under that Arizona winter sun until it was time to do work.

Work was filming a band. That band was the Stone Foxes from San Francisco. Don’t call it “Frisco,” or they’ll roll their eyes at you and act like you showed up to a hipster show with last year’s look. That jargon faux-pa aside, we taped an acoustic set with the Nor Cal quartet in the back of Phoenix’s Crescent Ballroom. They were the first to record on our new inverter, and by some grace of something all went as planned and we got three tracks, and got up out of dodge, or Phoenix, if you will.

Gotta hit start every chance we can, cause how it works is you wake up a few weeks down the line wishing that it was a few weeks earlier, and then you try to do it again. Day two in the books.

Track for the Day: Widespread Panic, covering “Heaven” by the Talking Heads off of the live recording from Valdosta, GA 1989…

Highlight for the day: Phoenix is a ghost town. How do they have three sports teams? We went to the world championship of Corn Hole and that was like the biggest thing happening on the dead streets of this desert metropolis. Oh, and I torched their local radio celebrity at corn hole, don’t mess with my sticking things in a hole skills. 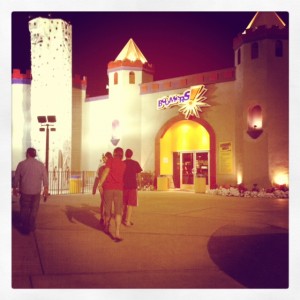 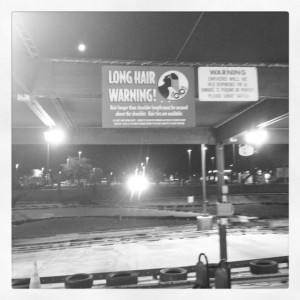 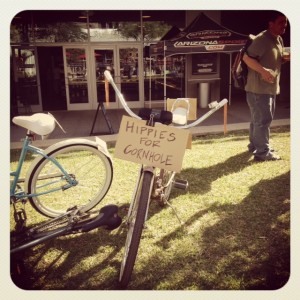 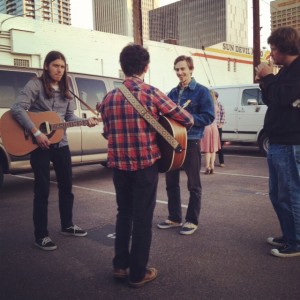 Ill stuff goes down in a parking lot... The Stone Foxes, handling things. Just don't say "Frisco" to them.