So We Meet Again, Mr. Clark…

Rock star is a term thrown around too lightly. It should be reserved for the rare one percent. Those human beings whom you have every right to be supremely jealous of. Most likely you will never be a Rolling Stone or a Beatle, and you have to come to terms with that in your own way. I guess for myself, I did this. Made a magic bus to catch rock stars, some before they become rock stars, others, as was the case with this gloomy Los Angeles Saturday, at the pinnacle of their ascention into the upper echelon of cool.

Gary Clark Jr. rolled up to the parking lot of the Greek Theater in Griffith Park about thirty minutes later than we expected him, which was just perfectly on time. The evening prior he’d made a last minute set time switch from 5PM to 2PM, no worries we said, we’ll make it work. Forget the fact that we had three other acts scheduled to play at various times that day, including two o’clock, we’ll make it work. He came in an all black Escalade, dressed in all black, again, perfect. His crew set his gear out on the ground, his band came in tow, some in the car with him, some strolling up with the proper gait that should be strutted when your current task in life is to play alongside a man who very well may become an icon. The term swagger gets thrown around plenty in the wrong way currently, but it has to be said here.

They went about methodically plugging things in, our crew was noticeably on their toes for this one, you don’t get a second chance here, waste his time and he’s gone. Yet it was Gary who kneeled down on the ground and unlocked his guitar from its coffin. A brilliant instrument indeed, it was clear that it was he who handled this instrument, a special sort of bond. I couldn’t tell you the guitar’s make or model or year because I don’t know that shit, I just know it looked as cool as the man himself, and that is how it should be. 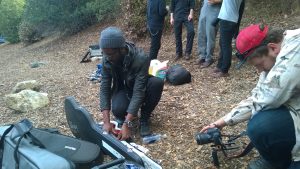 Moments before take off…

The door closed, there was a brief warm-up period, a small crowd gathered around The Van in hopes of catching a breath of brilliance. Then an introduction, a slow build up, and we were in it. Once engaged it was as if the guitar became a part of him. Undoubtedly a cliched thing to say, but again, it’s true, so it has to be said. Of the hundreds of musicians who have stepped inside of that musical vault on wheels, none have bent the strings of their guitar in the manner that this man did. He pushed them furhter than I have ever seen instrument strings pushed. He gave us just over ten minutes of amazing, then hopped out, his band followed. 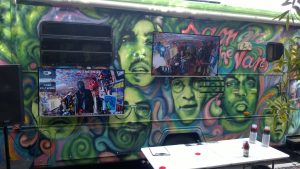 Toshiba monitors, crystal clear even with the sun blaring down.

“Is it cool man? I’m getting blown up, we’ve got to run? Is that cool?” His manager Kris, a super kind dude asked us in regards to Gary only playing one song of an expected two song set. Disregard that it was the same song that he’d once before played inside of The Van solo, disregard that we had set the whole day up for him, disregard it all, because it was fucking cool, man. You bet your ass it was cool.

Yet coolest of all was the smallest of moments, when he said hello, when he first hopped out of his car. He gave a slight smile, a recognition, he remembered me. Remembered that he’d taught me how to open a bottle of beer with a lighter two years ago. That he’d shared a few laughs in Colorado with me a year prior, that he’d met me before. I’m never going to be a Beatle. I’m never going to be a Rolling Stone. shit, I may never know how to play a guitar, but I write pretty good stories, and for me, memories are my claim. So to me, that meant the world. You see, A real rock star is honest, they aren’t too cool to remember the little stuff. 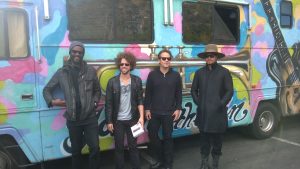 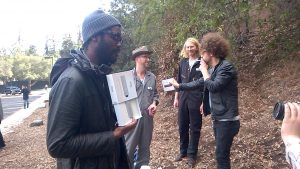 With all due respect to all three other acts that played The Van that day, Jake Troth, The Eeries, and The Wild Reeds, I’m going to cut this journal entry short of fully describing their sets, all of which were excellent. Because you close with the headliner, plain and simple. Thank you Mr. Clark, enjoy every moment of the rarity that you are living, because I doubt it gets much better, and there are so many not so little boys and girls dreaming of what it must be like. 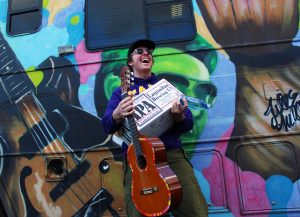 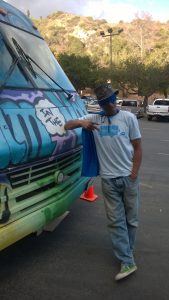 Faster than a speeding turtle. 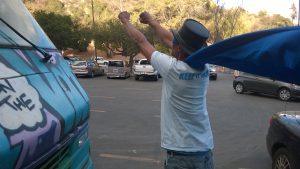 Up up and away, Cuz. 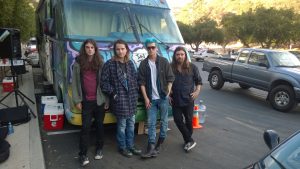 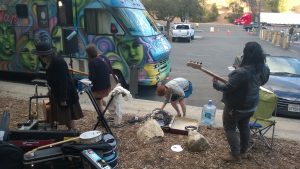 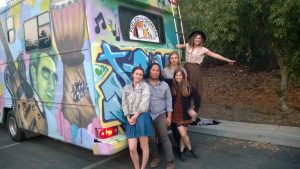