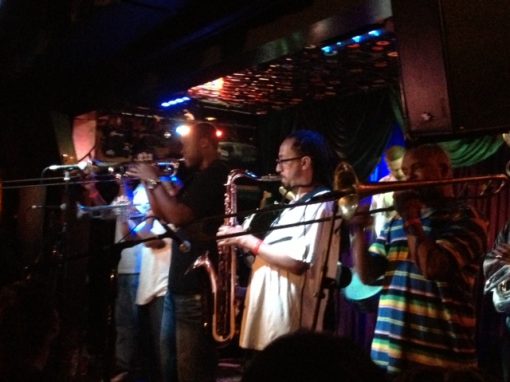 Rebirth Brass Band is awesome. That’s why they got a friggin’ Grammy. During their late show at The Mint (second performance of the night) they did not disappoint in the least. The place was packed, the music carried outside onto the street and pulled you into a sweaty hot box filled with gyrating bodies. My friend asked me why everyone there was so old. Which wasn’t fully the case, but it is true that New Orleans acts play to an older crowd, and so yes, yes there were a lot of old heads in the room letting loose. A lot of mama’s gettin’ down, if you know what I’m saying?

That’s the real fun of it, the fact that all these professional types, or whatever types, just get lost in the funky and something takes hold of’em and they just shake and dance and sing along and don’t give no fughs what they look like or who’s watching. The ability to create that much funky, that’s a powerful tool and Rebirth wields it just as good as any. They played for about two hours, culminating with the tried and true ‘get all the ladies on the stage for the final number’ maneuver. Can’t nobody be mad at that. Definitely not me. They left the room sweaty, stinky, sticky, and while it wasn’t The Maple Leaf, it was still a good vibe, folks still took out their white handkerchiefs for “When the Saints Go Marching In,” and business was handled proper. I wish I could say that I went out and had a po’boy sandwich after the show, but alas, tacos per usual, because like I said, it wasn’t The Maple Leaf, just kinda made you feel like it was closer then it really is. 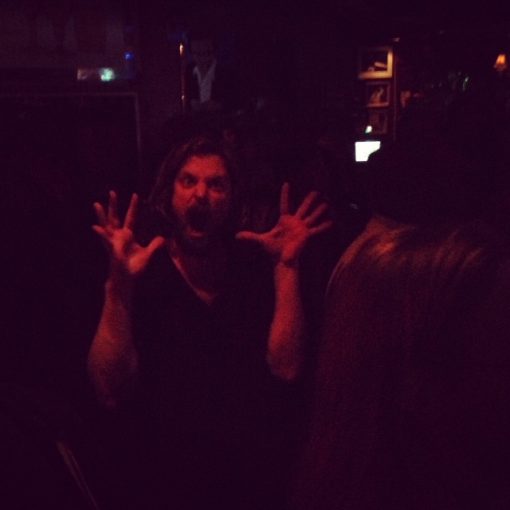 This dude won the “Head of the Night” award. Dude was on one and knew how to spin!