Of The Time We Went Corpo

On Saturday September 7, 2013 Trey Anastasio (AKA Trey) joined the remaining members of the Grateful Dead (AKA Further) on stage at some phesty in Virginia called Lockn’ Fest, and played an entire set with them. This absurdly heady event took place on the eastern sea board, and it is quite clear that none of the participants took into account any of the dangers that could have resulted from this obvious overload of headiness… Luckily I read my Twitter feed first thing in the morning while sitting on the toilet, so I got a heads up on what would be going down three thousand miles away from us Califoooornians.

Had this been any other day of the month I may have freaked out and called my parents and told them to take shelter and watch out for natural catastrophes occurring as a result of the extreme amounts of heady vibes in the area. However, this monumental event happened to occur on the same day that Jam in the Van brought the heady to corporate America. If you think I’ve already over-used the word heady in this post, you are wrong, I have not.

I was able to breathe easy with the knowledge that the equally extreme amounts of heady energy that we were going to create would no doubt act to counterbalance Trey + The Dead.  Surely preventing the likely chance of a tsunami, avalanche, hurricane, fault in the earth’s crust, etc. etc.

While Jam in the Van happily accepts the applause for saving the world, we did not go it alone, and so I would be remiss if I did not thank the fine people of Guitar Center, most specifically the Hollywood Location on Sunset Blvd., as well as the folks over at MXL Microphones, our most OG sponsor.  They saw the dream of the Jam Van when we’d just barely closed our eyes and begun to dream, and they hooked us up with a lot of mics, which have now captured almost 200 awesome sounding Jam in the Van sessions.

So with the help of these corporations we blocked off a space right in front of the flagship Guitar Center on Sunset Blvd. and had Filligar, Avi Buffalo, Murder By Death, and Ivory Deville hop in The Van to entertain the store’s patrons, passersby, and Sunset Blvd.’s never ending stream of guided tour busses and people watching fodder.

Filligar took the early shift at 11 AM, and were damn good sports about it. They showed up on time, smiled a lot, and put their sunglasses on my dog for a photo opportunity when he puked on The Doobie Brothers’ pavement-hand-impression. It was a good picture. 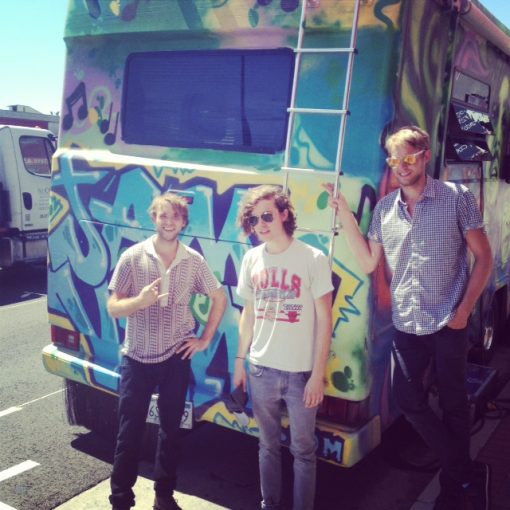 Dude in the middle definitely passed out right when he got home. 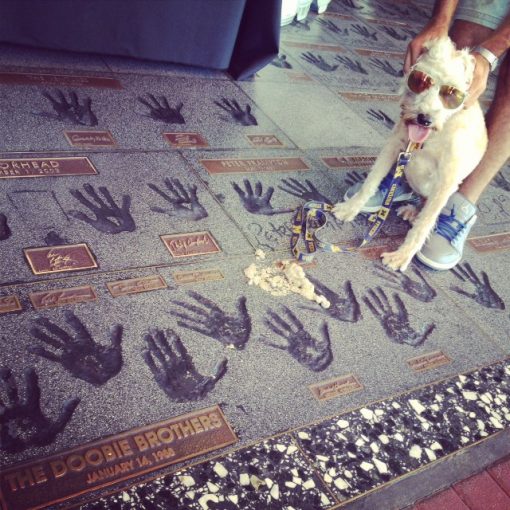 Avi Buffalo spiced up lunch time with some “performance art.” By which I mean he played a backing track while eating chicken and rolling around on the floor of the van. He also played two wonderful songs with a guitar that he snagged out of Guitar Center, but the chicken thing is definitely what I’m most looking forward to seeing edited. We got that in HD on three cameras y’all, real talk. 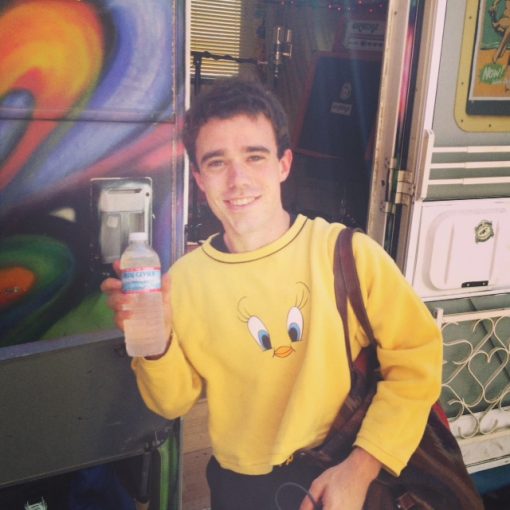 Tryin’ to get that water money yo!

Murder By Death weren’t nearly as scary as their name implies. Perhaps it was due to the fact that they played a stripped down acoustic set. Not sure where they got the name from, probably should have gotten Spud to ask. He’s good at making questions like that not sound annoying. We didn’t ask though, we just listened along with a decent sized street crowd, many of which lingered for the final act, Ivory Deville. 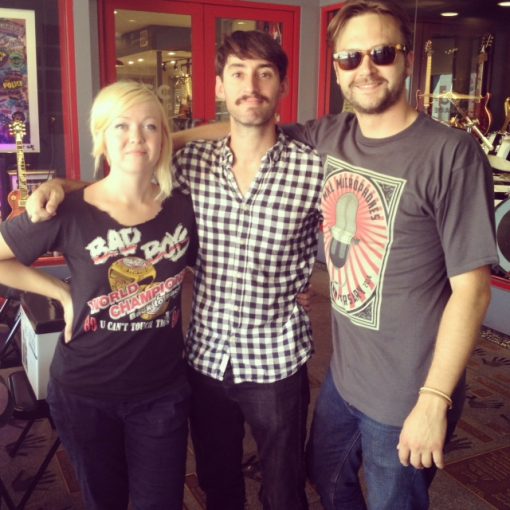 See, not scary at all, except for maybe Scott from MXL Mics on the left there…

By the time they took to the van the scene didn’t feel much at all like we were posted outside of a Guitar Center. At that point I don’t think anyone was really taking notice of our cement surroundings. We had friends, music, laughter, kids running around, dogs barfing, a little dancing in the street, spud throwing beach balls into open air tour busses, we really crafted something special. That seems to be happening more and more when we pull up and set our speakers out.  That’s of course a good thing, take that to the bank Martha Stewart… 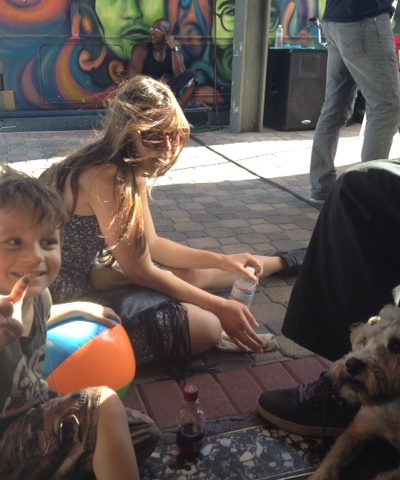 Next up we’re bringing the fun show to Telluride, Colorado for the Telluride Blues and Brews festival. Heady folk beware, we’re coming for you, get your click-clackin’ gear on and start stretching, you will be required to dance. 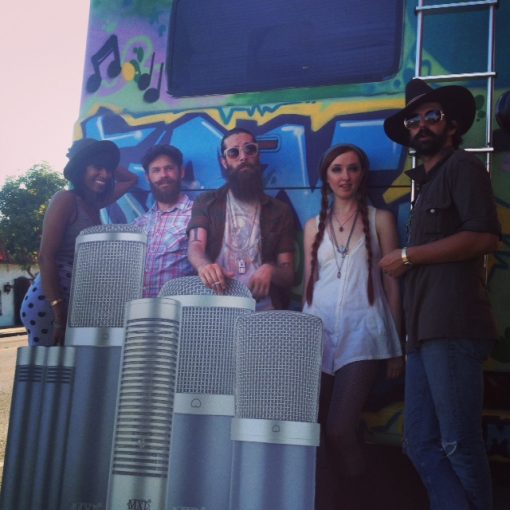 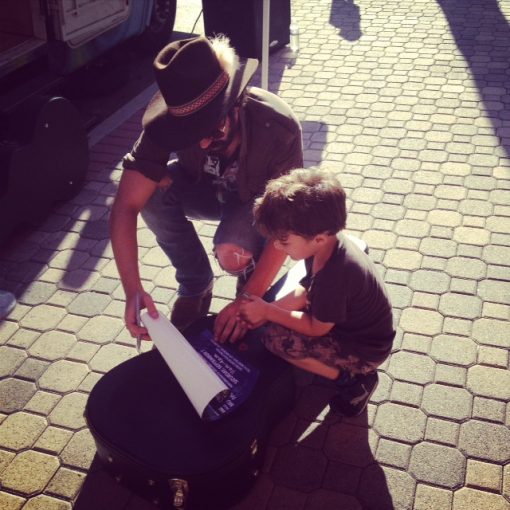 It’s all just for the children…