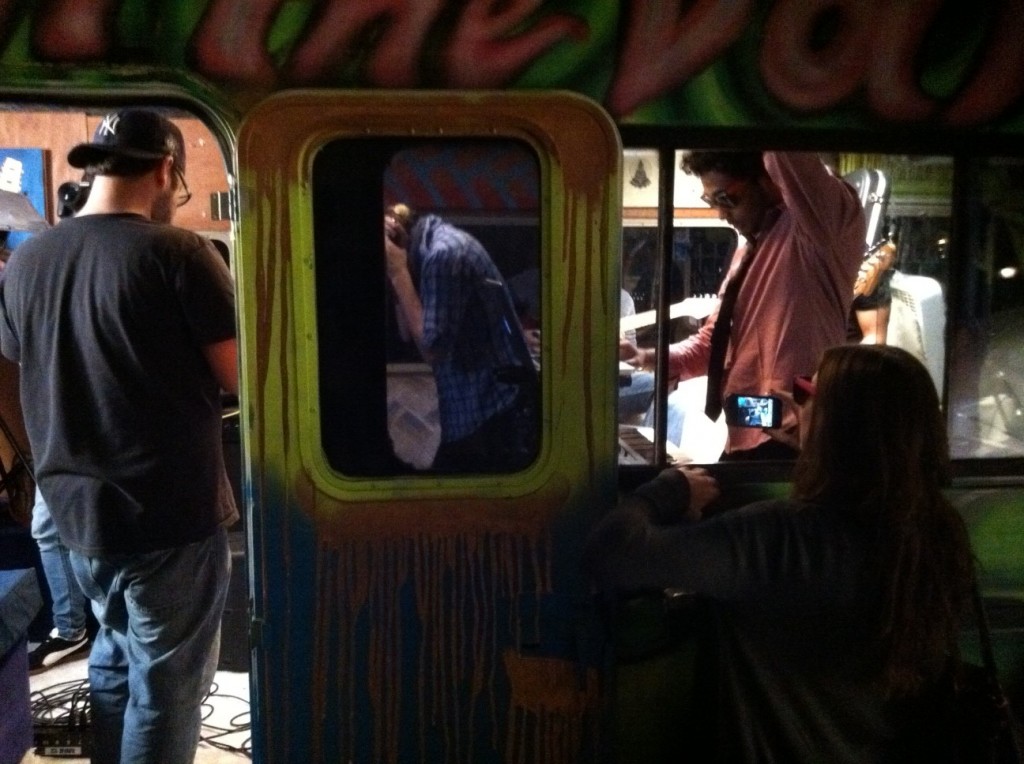 The Buddhaphest with Mind the Gap right before the trip went south...

Call it an error…

There have been quite a few.

We are not infallible.

We speak before we think, not an uncommon trait, but we do it often, and our bluff was finally called.

I ain’t gonna call it a team, we’re more of a clubhouse situation.  So the club botched it.

We were supposed to film Mind the Gap, Buxter Hoot’n, and The Peach Kings, three damn decent bands, outside of Molly Malone’s Bar over in the Miracle Mile district of LA.

It should have by all means been a triumphant jump into the weekend. There were so many good factors at play. The PH had rambled into town and was flitting about in what I’d describe as a contemplative malaise, no doubt brought on by the coming of his birthday (ed. note: I got him a car air freshner shaped like a wiener for a gift and he threw himself a party at my house that he didn’t attend). Then there was the thought of christening our brand new inverter to power up all of our brand new MXL equipment without using extension cords, a huge coup.

All that, and still we faltered.

Nobody thought to test the inverter with a full band set up. Nobody thought to check the back-up power situation. Which is to say, we all thought about it, we just didn’t take the next steps.  I’ll assume that I was preoccupied with watching Idol or something important like that at the time.

So we blew the power, and we blew the shoot, and I got some chicken wings and whiskey out of the deal, but it was a bummer. Our apologies to the bands. We will make up for it via rock and roll.

Count it as another mistake made and noted along our winding path.  There’s metaphor in all a that, it’s just, I think I’d rather figure it out once we get to where we’re going.  I’ll let y’all know when that time comes.

Track for the Day:  “Little Green Apples,” off of Hickory Holler Revisited by O.C. Smith.

– New hotness… (via THE BEST WEBSITE IN THE WORLD)

Hey if you are a band playing SXSW or will be in the vicinity hit up Dave@jaminthevan.com if you want a shot at the Van.  Keep it heady.