New Build has like 7 musicians in their group, but two of them are in Hot Chip and one of them was in LCD Soundsytem, so when you hear about New Build, you’re inundated with that information pretty forward into the conversation. Dudes in those bands probably walk into rooms and think, we’re kind of a big deal. However, it was made apparently clear on this fine April day, that a band comprised of fragments of those two afformentioned bands is not a bigger deal then The Rolling Stones. 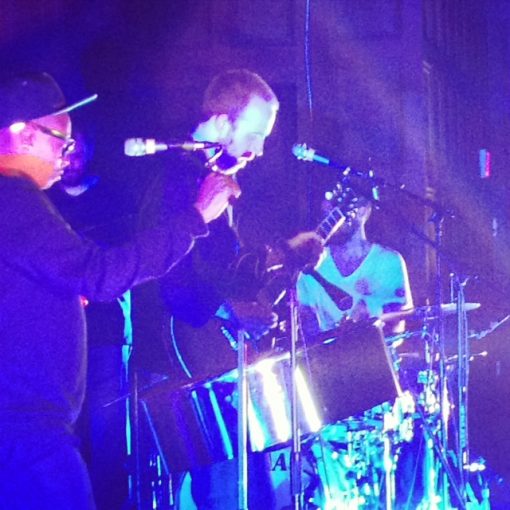 See those lights yo? That could could be Jesus, cause we was in a church and you don’t even know!

New Build was supposed to play at the Echoplex along with the rest of the days BritWeek performers, however, the Stones, thinking they’re special, which they are, decided they wanted to disrupt all of that as well as a good chunk of Los Angeles, by playing a surprise show at The Echoplex.  Surprisingly, the venue liked the idea of a Rolling Stones pop up show, and so BritWeek was moved to the First Unitarian Church. I wasn’t hip to the news quick enough, turned my twitter on at like, 9AM, and obviously didn’t get the chance of a life time to see The Stones playing in a small-ass venue, right up in my face. Instead I went to a church  for the first time since, well, since I think maybe ever. I did not do any praying, as it was too late to pray for Stones at The Echoplex tickets.

New Build was tight though, a fine consolation prize.  In fact, there were far more parts to their band then I’d imagined, including a girl who was nice with it on the steel drums.  They got the hipsters swaying in the crowd at about a 7 out of 10 on the hipster dance scale.  There were even a few next to me gettin’ kind of crazy, like they caught the spirit.  Cause we was in chuuuuuch.

There was a band called No Ceremony /// that came on right before New Build.  I mention this mostly because their lead singer was hot.  She was a chick who I saw before the show and was like, “oh man, she’s tight.”  Then I get into the show later and she’s up there singing and I’m like, “oh man, tiiiight.”  I Googled them later.  Yup.  Their jams are pretty tight too.

As for seeing a show in a church, it was good.  There was very lax security, always a plus and in this case it created a liberal enough environment to look past the church’s sub-par stained-glass window game.  I don’t believe I committed any sins, but who’s counting? 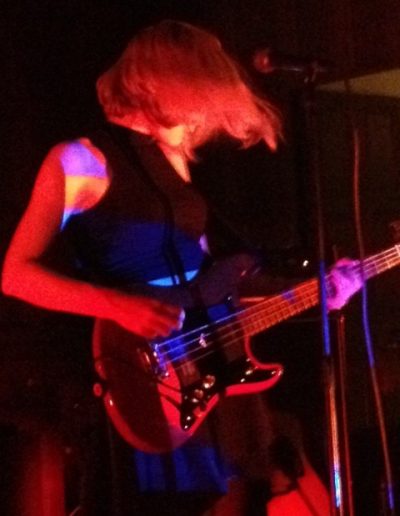 This chick is in a band called No Ceremony ///. She is hot. 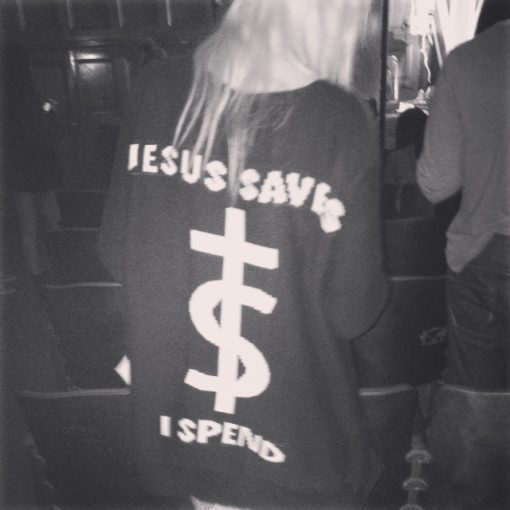 It’s edgy cause she’s in a church! I think…