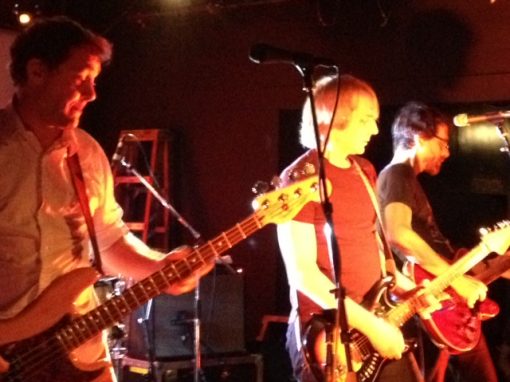 “That was punk-rock.” Said the portly 50 year old man in a biker tee to the bartender at the conclusion of Mudhoney’s show. Cliche as it was, there was no better way to sum up the evening.

You had a packed house full of grunge-heads and punks, an older set, some in fact probably far to old to be participating in mosh-pits, but who am I to make that judgment? Perhaps there is no such thing as too old to mosh. If that’s the case, then all was good here. And while we’re near 25 years removed from when Mudhoney first started influencing alternative rock, and the dudes in the band look more like hip dads then alt-rock pioneers, they still deliver that powerful punk/blues fusion that has long provided them cult status respect where mass appeal has eluded.

They will never be a commercial success, they will never sell out the Nokia theater, but they will pack an awesome venue like The Echo, full of fans who in general might be a bit knowledgeable about music, at least certainly this type of music, and that’s the perfect place for them. It was dark, there was a lot of flannel and black jeans, people smashing into one another, it felt like the nineties right down to the old man using a mini-dv cam to record the entire show from the front row, and the overweight older broad with the big knockers who stumbled out of the crowd and about dropped me on my ass with the weight of her collision. “Party on” I told her when she made a half-assed effort at an apology. A Mudhoney show is not the place to take offense with someone bumping into you. No, no, you don’t pay tribute to a band that’s been doing it for as long as they have with as little recognition as they get by getting upset at one of their fans for partying too hard. No, instead you just make sure to bang your head a little harder and bump into a few more heads until that encore ends and they all thin out. 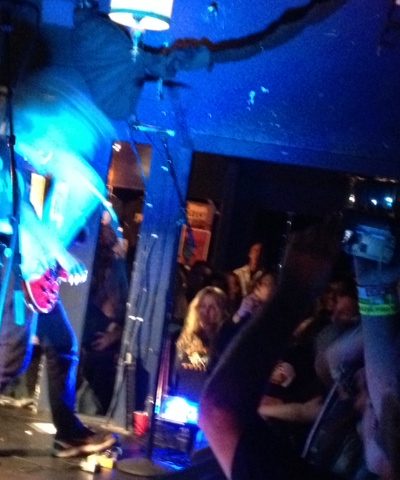 You’re never to old to turn into a blur of light.