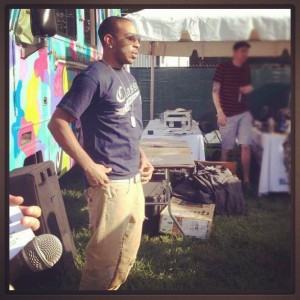 I’m not sure if ratchet as used by some of the great poets of our day, (see: J, Juicy, Chainz, 2, Flaka, Waka, etc.) is an adjective or a verb or an adverb, I think it can be all of them. Regardless of its standing in the English language, in the year 2012 #ratchet was a very powerful word in the world of music. So we put some really great minds in a room with some jello and bagels, among other things, and told them to figure out what the ten most ratchet occurrences in music were in 2012. This is their half-assed attempt.

8) Three Loco happened. Everything about this super group is ratchet and so many questions abound. Like, when will I get my chance to hang out with Riff Raff? Or, does Milonakis get as much ratchet pu$$y as Dirt Nasty and Riff Raff? Basically, is the falloff as good as the stuff on the tree?

7) Trinidad James was ratchet as all get up in 2012. This video for “All Gold Everything” (pronounced errythang) shows Trinidad in all his ratchet glory. Rolling around on a gold bike, homies pushing a gold shopping cart, wearing gold leopard print, gold tinted panda hats, all that. You can’t probably do none of that. You know why? Cause you ain’t ratchet as he iz.

6) ASVP Rocky’s video for “Fvckin’ Problems” – ASVP Rocky probably makes a lot of supposed expert lists, and like, I guess that’s ok, he does stay trippy, he keeps it trill, but like, I still don’t know if I’d ride or die with him. So I’m only putting him on this list because he had 2 Chainz in this video. I mean, Drake screws it all up, and Kendrick Lamar thinks he’s that dude, and he very well may be that dude, but this is 2 Chainz’s work and ASVP is gonna ride that coat-tail to #6 on the list and a lot of flossy stuff and gold teef and stuff.

5) Riff Raff’s emergence. He didn’t hatch from his Versace egg in 2012, but he blossomed into an international ratchet superstar with hits like “Chop Another Rock” and “Rap Game Sleepless in Seattle,” and proved himself to be a prolific prodigy within the rap game. His ability to put out a video per week of him rapping about stuff like seasoning salts and Versace lettuce is un-matched.

4) This video for Tyga’s “Make it Nasty” happened in 2012. If you look up the definition for “ratch·et” in the Webster’s don’t be surprised if one of the examples is getting a castle and filling it with ho’s, pouring champagne on them, and telling them to make it nasty.

3) Gucci Mane done made a comeback, proving that cain’t no insane asylum keep a dude named Gucci Mane from making those stacks. Gucci went ham on 2012’s face. Dropping ratchet ass mix-tapes and videos like it weren’t no thang. Which it wasn’t, cause dude’s got stacks.

2) 2 Chainz Birthday Song and accompanying video – “She got a big booty, so I called her Big Booty.” That’s a lyric. Nuff said. I could have put anything that 2 Chainz did in 2012 in any slot on this list, but I went with this song, because it is undoubtedly the most ratchetest and the video is a work of art. Maybe video of the year. Certainly #ratchet video of the year.

1) Juicy J takes over the world – Maybe one of the hardest working rap mega super mega stars in the game, Juicy J is seemingly always on the road performing and recording in his makeshift “Ratchet Studios.” He killed it at SXSW 2012, I was there, I saw it, there werelike 30 homies on stage yelling stuff and drinking Gin, it was turned up as fugh. Bandz a Make Her Dance hit #1 and spawned a million meems, and Juicy grew his empire through merch like Trippy Papers and Trippy Hats. You say no to ratchet pu$$y, Juicy J cain’t!!!! That’s why he’s #1. Probably always.

There was also this, which you should now proceed to bump and go on about your days.

Keep tuned in as we close out 2012 with more easy to read lists that will help you kill time at work, no doubt.