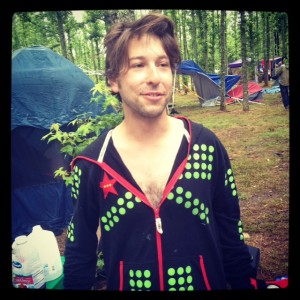 Dosesky, one of the most alt bros we know.

What does it mean to be most alt? Exactly! I don’t know, you don’t know, sometimes it’s simply coolness, sometimes it’s coolness mixed with other stuff, like the ability to make stuff that nobody gets but that everybody wants to get. Or like, the ability to dress real stupid but invent words like swag and stuff to flip that stupid around and make it stupit, like, stupit fresh. So to that, here are ten, and mind you, this was very hard to whittle down, but here are ten, of the most stupit fresh alt bands of the year 2012. A year that saw Kanye West in a skirt and Skrillex become 4th in line to rule the country if the POTUS, VPOTUS, and the other dude get iced Homeland style.

10) Purity Ring – Alt name, check. Doot doot bleep bleep rock jams, check. Indie buzz, defo check. If you Google “Purity Ring” on the internets you will find at the top of the search page links to circular silver hymen reminders. However, if you Google “Purity Ring band” you will find a group that has 106K likes on Facebook, and an album, Shrines, that got an 8.4 on the Alt scale, aka Pitchfork. The publication described their jams as having “warped, surging, Dilla-derived synth chords” and “ghostly pitch-shifted vocals, reminiscent of the Knife and Burial.” Hell yeah I get it.

9) Frank Ocean – This one is dangerous, because dude undoubtedly treads into the mainstream and is so alt that he’s actually well known to the point that your mom might have mentioned him to you because she heard about him on The View. I have no idea if they actually talked about him on The View, but I could see that scenario playing out, and that is an alt victory, because Babwa Wawa is that chick. Also, I have just learned (via Pitchfork) that Mr. Ocean may not make another album due to his endearment towards story writing. He may be penning a novel next, which is way alt. He should offer it only in print edition, that would be the altest.

8) That thing Wavves did with his Wavves sibling (aka Sweet Valley) – Wavves is one of the most alt beings on earth. So says Wavves, and like magazines, and stuff. So thereby, if Wavves gets stoney with his lil’ bro and makes a sig twenty minute video-game-beats mixtape, then you best believe that you can rap sick introspective, culturally relevant freestyles to them.

7) The Weeknd – R&B got an alt champion in 2012. While the Weeknd does collabo with all sorts of dope homies (aka rappers) he doesn’t just sing about hitting stuff from the back and taking it slowly. Instead, he brings the pain and torment of emotional stuff and feelings into his sound, it really like resonates or something, so people like to rap to it.

5) Diamond Rugs – When you combine a few dudes from a few kick-ass bands (Black Lips, Deer Tick, Dead Confederate, Los Lobos, and Six Finger Satellite) that all have a “go kick rocks if you ain’t trying to party” attitude, you get a “super-band” of dudes who like beer. There’s an air of exclusivity to this band, because you know they probably party harder then you, and you want to live that carefree party life, but you can’t, cause you’ve got a job. I saw them a couple of times in OH’12. It was cool, it made me want to get drunk and wear sunglasses. So I did. Anyways, making a super band and partying were some of the most alt things to do in 2012, and that’s why these dudes land at #5.

4) Ariel Pink’s Haunted Graffiti – This guy said that if people are into his album they’re weirder than he is. Clearly, putting down one’s own album before release is very alt. Combine that with a history of immature onstage freak-outs, a super unique band name, and pink hair, and you get to number 4 on the list. Bonus points for the super DIY looking video that shows Venice Beach some love.

3) The XX – Following in the footsteps of past alt buzz-item MGMT, The XX pulled one of the most tried and true indie moves by following up an album that was critically acclaimed across the board by making an album that was super conceptual and panned by pretty much everyone. Not pandering to the masses and what they think about your art is the most alt thing ever. Making a sucky album defo doesn’t pander to the masses. Clearly this was a power move away from the mainstream, and for that we salute them.

2) Grimes – The Bloop Bloop, Bleep Bleep genre of music has been well chronicled in 2012 by sites such as Hipster Runoff. It is a mainstay of the alt universe, and as it’s current reigning queen, Grimes, finds herself near the top of this year’s most alt, and why not? Grimes collabo’d with all sorts of trending musicians this year, it gave her lots of buzz. In the video below you see her singing into a land-line telephone with a chord. Land line telephones serve no real purpose in existence anymore, yet here’s Grimes showing how to give a defunct item rejuvenated-swag-effect simply by using it in alt art. Shit like that made Grimes an alt pioneer in 2012. The telephone, like her music, serves as some sort of metaphor. I’m still figuring out the metaphor, but it has something to do with fuzzy noise and suburban culture.