I don’t even like 4/20. It’s not a big deal for me, I live in California, weed is celebrated here on the reg. What I do like however is Juicy J. I consider him to be somewhat of a voice for this generation. A prophet-like figure in a rap world too full of followers and mimics. So, when I saw that he was at The Observatory in Santa Ana for 4/20 I decided that this year I would celebrate 4/20…

When you go to a Juicy J show it’s not necessarily for the music so much as it is for the ambiance. Juicy J likes to ensure that everyone is living that “trippy-life” so his performances convey a certain heir of trippyness to them. For those of you who don’t understand what that means, I will put it like this, before the show even began, whilst I was in the parking lot preparing myself for the trippyness that would be inside, a girl came up to me asking if I’d seen her friend. This girl was, as Juicy J himself would put it, turn’t up. We eventually found her friend, however, the friend wanted nothing to do with her and walked off again. At which point the girl began to pee herself. I did what any mature individual would do and laughed hysterically. It was trippy.

The moment we walked into the show A$VP Ferg called to the crowd to “get all the trill bitches up on stage,” and I knew that I was where I wanted to be. The next two hours consisted of the repetition of the phrases “ratchet, turnt up, trill, trippy, weed, codeine, drank, drugs, trippy kit, trippy ni$$a towel, and bitches.” There were other phrases thrown in from time to time, but I would say that 50% of the diction used by the evening’s performers consisted of those ones listed. 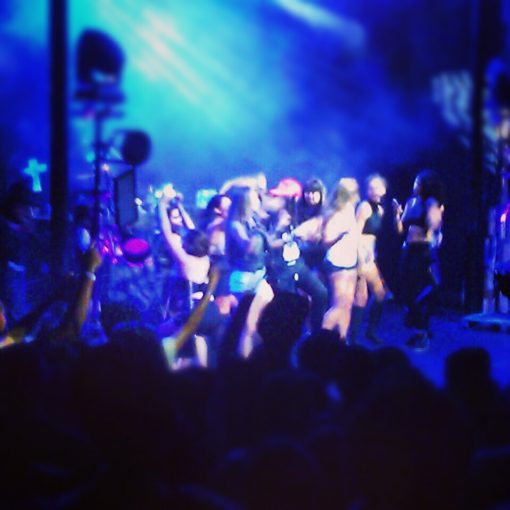 Juicy J took the stage with just a DJ and a giant banner of his bust accompanying him, and he controlled the crowd like a hip hop king. Everything he said was golden. He was a giver, throwing several of his “trippy ni$$a towels” to fans who swooned for the opportunity to douse themselves in his trippy ni$$a sweat. He even shared his champagne with them by spraying it all over the front rows. The crowd responded to his generosity by throwing blunts at him. There was even a massive blunt that circulated through the audience. It was filled with maybe an ounce of crappy weed, and some ratchet chick got all uppity when my friend tried to hit it, but still, it was there, and that was cool. 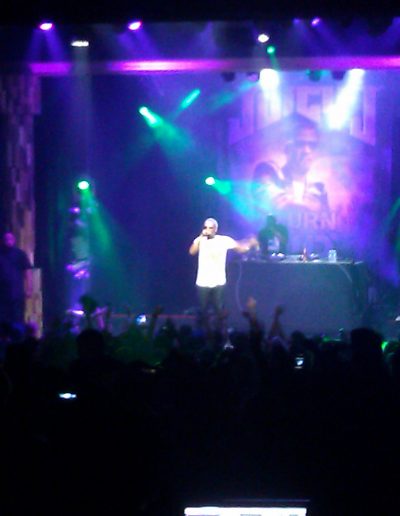 One day I too hope to have a giant banner of Juicy J.

There were a couple of fights that broke out in the crowd, as will occur at any turnt up event. Juicy handled these situations with diplomatic aplomb telling the crowd “don’t fight! Smoke weed, and if you got a good Dr. get some Codeine!” The fights were quashed and Juicy went back to dropping all of his hits. There was “Zip and a Double Cup,” “Juicy J Can’t”, a new track called “Trippy Kit,” that was a straight up banger about the stuff that you need to put in your trippy kit (aka “weed, pills, drank,”), and there was even a Three 6 throwback with “Stay Fly.” My only complaint would be that Juicy kept promising to bring more girls on the stage and he never did, but I couldn’t really be mad at him, he had already given so much. The night ended with Juicy J thanking everyone for being trippy. I’d like to thank him for the same. It was the finest rap show that I’d been to since seeing Juicy J perform at SXSW two years ago. I nominate him for president. 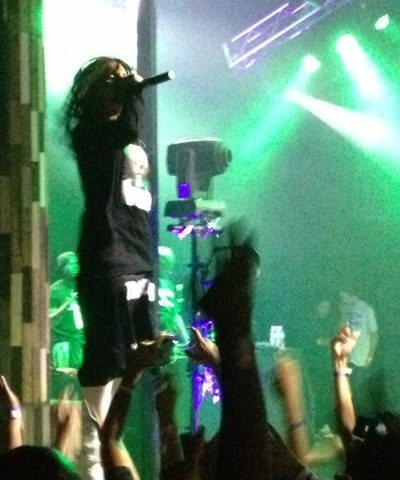 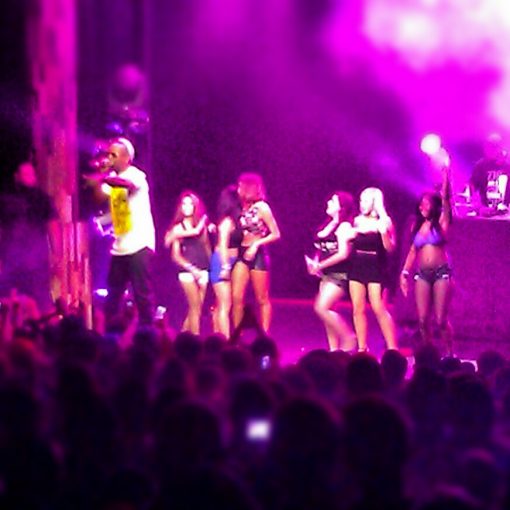 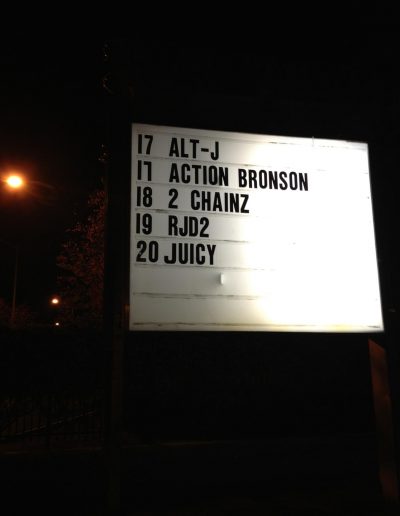 As you can see, The Observatory is handling business…