When you’re a kid you don’t watch the news except to find out if school’s been cancelled because of snow.  For big people nowadays you don’t have to even watch the news to get the news.  We’re inundated with twitters and facebooks, and the internet has a way of crawling in through your eyes and tuning everyone’s brains to the same depressing crap.  So it’s always great to sneak off to a farm, or the woods, or a beach for a weekend and to run around under the sun in fields of music.  It’s even better when there’s no service for 3G or 4G or however many g’s you’re up to at this point.  You’re off grid.

So we had a Saturday and a Sunday left in Quincy to ignore society.  To run around with our pants off and not give a damn.

My Saturday started out with my usual festival battle, and this one was really harsh.  I’m talking, like, I woke up, 6AM, surveyed my surroundings, assured myself that I was still alive, noticed that at some point in the night I’d picked up a bright orange puppet and taken him back to the tent with me, and also swiftly realized that it felt like an anvil was repeatedly smacking itself into the temples on both sides of my head.  I guess that means it was two anvils.  Anyways, I did my roll out of the tent into a stumble towards the bathroom move, this time sans pants, because people at High Sierra don’t give no fughs about pants.  I found the bathroom, handled my business, and then upon exiting the stall, who should I see standing in the mirror bright-eyed and bushy-tailed, fixing his very short hair, but Spud.

“Aaaaw shit Jake, I was just at that Silent Disco baby!  Oh my goodness!  Them fools turn’t up, them fools is crazy man.  Man, I had fun too man.  I was bustin’ out all them Michael Jackson moves baby!  Woooweee…”

“Spud, that sounds awesome, but I feel like I just got my ass kicked by someone really big, so tell me about it when I’m conscious.”

I then walked back to the campsite and fell asleep in the fetal position on a bean-bag chair for a couple of hours until the throbbing stopped.  When I came to I realized that Spud had gone to the Silent Disco, that mind you, begins at 4:30 AM at High Sierra, and he had stayed for an hour and a half dancing with all of the next level heads that are tweaked out enough to make it to the Silent Disco at 4:30 AM.  Oh, and be warned it’s actually a Silent Disco/kick-ball game, so yeah, Spud has gone from Crip-head to Trip-head in the span of a year, and I guess the hood has me to blame for that.  My bad Tookie.

I remember this nap well…

I regained consciousness during our first set of the day featuring American Jubilee, and by the time I arose from my bean bag the crowd around the van had swarmed into one of the biggest we’d ever worked in front of.  It would only get bigger as the day wore on, with folks even sticking around to see John Craigie and Leigh Jones the two winners of a contest that the festival had held the day before, the prize for which was a jam in our very own van.   Then as late afternoon set in we got a visit from some music royalty, Willie Nelson’s progeny, Lukas Nelson and his band Promise of the Real. 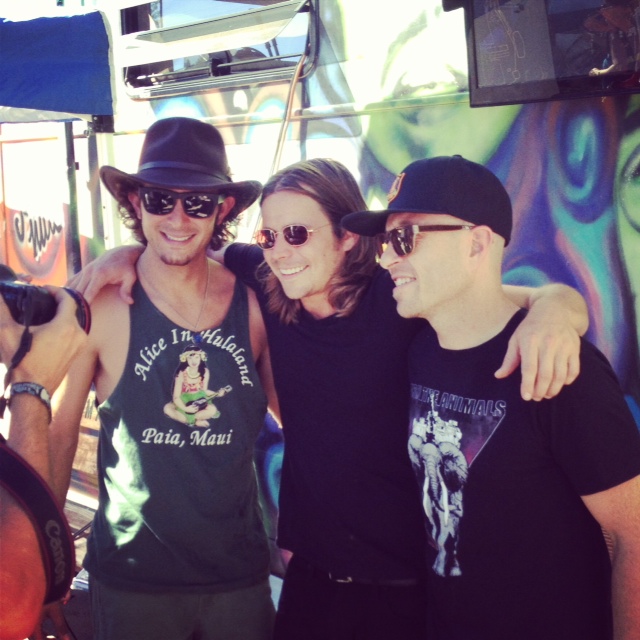 Lukas Nelson and Promise of the Real Yo!

That set brought some of the most memorable characters of the weekend out to the audience.  This included a dude who wandered around giving folks slices of watermelon that he hacked off with a less than sanitary looking knife.  He kind of had a sling-bladey vibe, but I dug him and his watermelon was tasty.  There was also a guy dressed like a cowboy in an apron, all black mind you, so like, a bad cowboy.  I didn’t see him cook anything, he did smoke several funny cigarettes though, and grin the entire performance through.  Then he said what’s up to Lukas when he came out of the van.  So I’m not sure if that’s his personal traveling cowboy chef or just an acquaintance, or if he’s just the type of guy to say what’s up to whoever.   Maybe the latter, because he was a real chill dude. 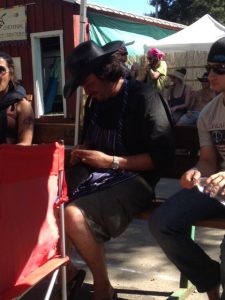 Headyest cowboy chef in all of High Sierra. 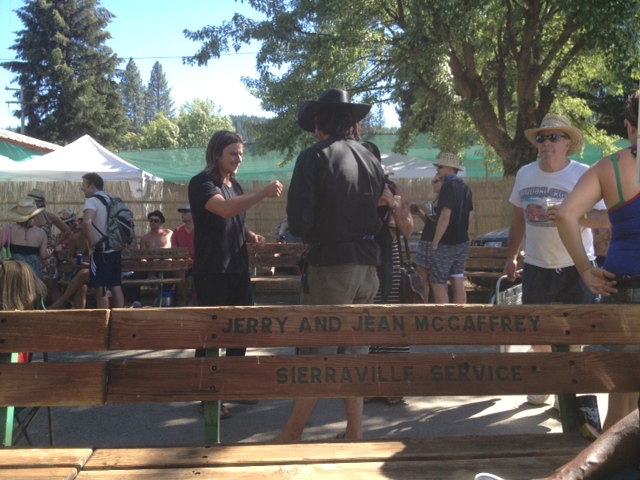 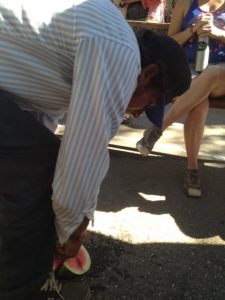 Some blonde chicks also came up to him after the set and asked if he was leaving.  His response (in a strong southern drawl), “well I was plannin’ on it, but now, I’m thinkin’ I might stick around a little while.”  When you’ve got it, you’ve just got it. 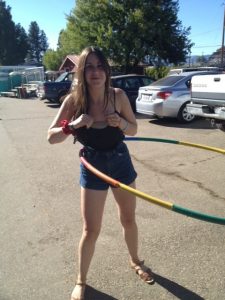 The Revivalists closed out the day at the van and by the time they were done the crowd was massive (for us) and it all molded together with the parade, and things were as they should be.  Extra heady. 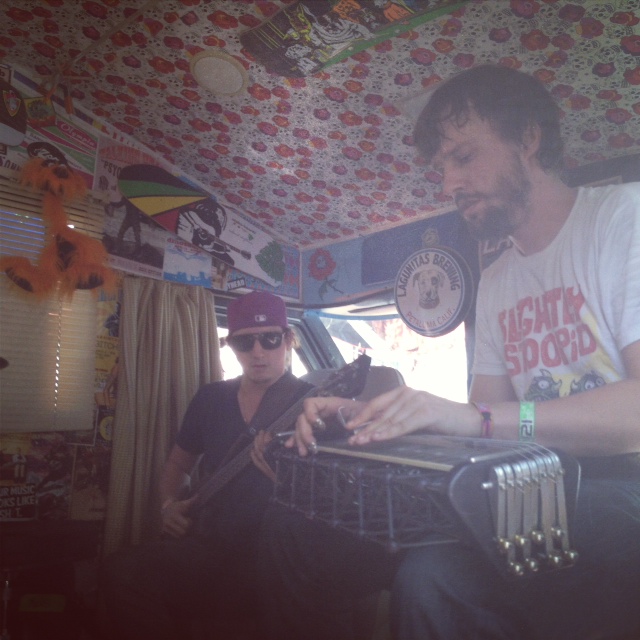 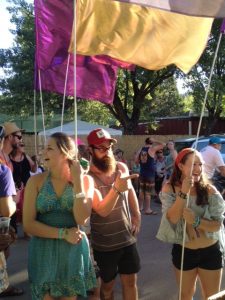 As for the main stages, the night’s top performance came from Anders Osborne who laid down what was recanted by many as an “epic” set.

Then back at our Lagunitas’ hideaway (aka a barn) The Highway Poets set up for a late night performance that was quickly disbanded by the festival cops… I’d be mad at them but like, they were probably the most chill festival cops ever.  They let people ask directions with a joint in their mouths.  So I guess seeing as the band was told before hand that they couldn’t amplify music at the barn, and went ahead and tried to rock-star it all the same, that we can’t be too mad at the man.  Good effort by all involved though.

The final day saw us run into our friends from Futurebirds.  They saw the van and went straight for Spud.  “Yo Spud, you got a beer and some weed?”

“That’s why they pay me the big bucks,” replied Spudnick…

The California Honeydrops and The David Mayfield Parade closed out our sessions, and once the dust settled we were left with one very worn out crew. 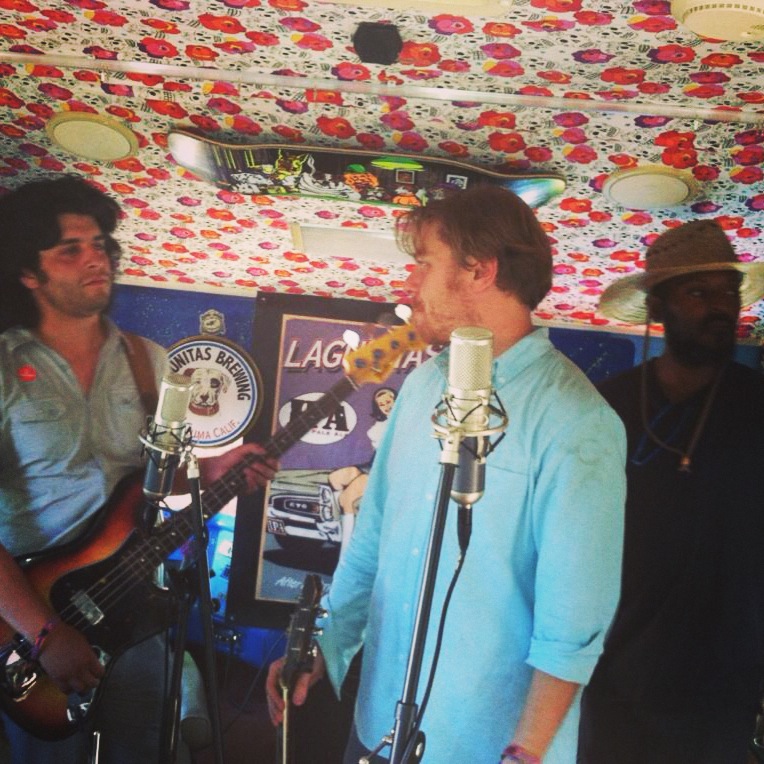 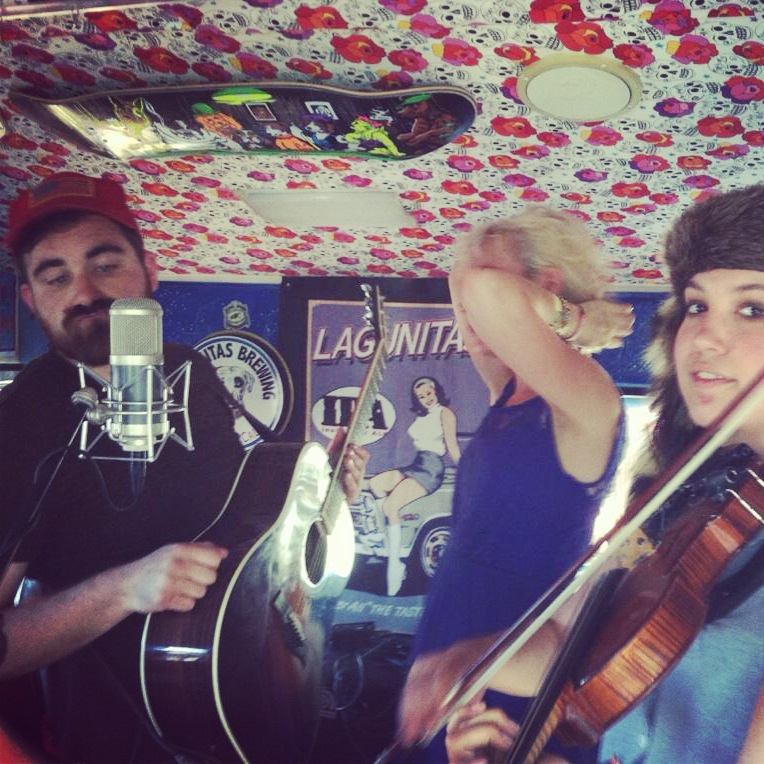 So on came the packing-up, the ride back down the hill, through The Bay, and onward to Los Angeles.  Where we’ve all returned to our mundane lives, another chapter of our Jam in the Van adventure in the books.  We’re back to hearing the news, back to being on the grid, can’t say we’re loving it.  There’s so much bad crap out there in the world.  So many bad vibes, so much negativity.  Oh if life was just a music festival, we’d surely all smile a lot more.  Since that ain’t the case, we’ll try to keep spreading the good ones as often as we can.

Til next time folks, keep it heady. 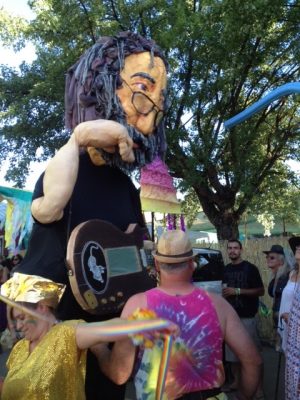