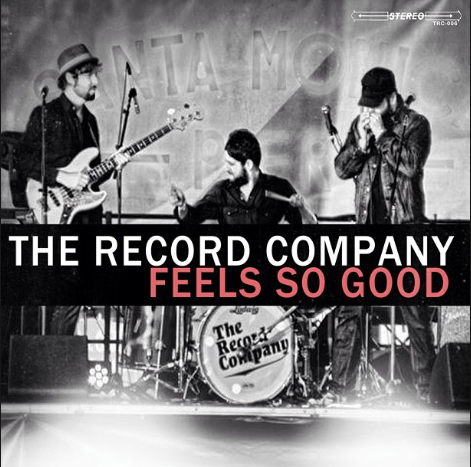 It seems like just yesterday that we were being introduced to Los Angeles blues rock trio, The Record Company.  From their first Jam in the Van Session we knew they had a a special spark to them.  So it’s been no surprise to see the loyal following that they’ve deservedly amassed in the months since.  They’ll be releasing a five song EP called “Feel So Good” on November 19th, and it is very excellent.  You should expect to see this band’s name all over festival lineups in 2014.

On November 15 you’ll get a chance to check out what all the fuss is about when they play a Jam in the Van hosted evening at The Satellite, complete with special guests and collaborations.  As a bonus you’ll get to see two other Jam in the Van veteran bands on the bill.  The Janks, who were one of the first bands to ever take a ride in The Van, and The Eagle Rock Gospel Singers who crammed all nine members inside at Echo Park Rising.   RSVP today to get on the $6.00 guest list.  That’s what we call a quality deal.  Set times are below…

RSVP ON THE EVENT PAGE HERE