We’re not sure why it’s called Way Over Yonder.  Probably because the Santa Monica Pier is pretty far away from Newport, RI.  Yet the team behind the Newport Folk Fest is attempting to pack up all of the vibes they’ve got way over there and bring’em on over yonder for a weekend by the beach.

There will be two stages, one on the deck and an acoustic one in the old carousel house that sits on the pier.  If the horsies and stuff are still in there for the shows then that stage will be trippy.

The phestivities get going around 2PM Saturday and Sunday, and Jam in the Van will be parked across the street from the pier both days in front of the Shore Hotel.  We anticipate that both the phest and the Jam in the Van sessions shot there are going to be rather heady.  We’ve booked The Felice Brothers for a Jam in the Van, and that’s kind of like been a life goal of ours, and now we’re kind of like achieving that life goal, so it’s kind of like a big deal.  In addition to The Felice Bros., Brett Dennen and Spirit Family Reunion, and some other exciting acts are hopping inside the walls of our RV of Awesome over the course of the weekend.  If you’re in the area or can just take the chopper then come on out yonder and don’t forget your glow sticks.  Because nothing says folk fest like glow sticks.  Don’t question it, that’s where you’ll confuse yourself.

Let’s make a little contest of it:

If you come out and find The Van at Way Over Yonder and you find Spud, and you say to Spud “yo Spud, why don’t you like glow sticks?” We’ll give you a Jam in the Van “Keep it Heady” T-Shirt.  Spud can sign it if you like. 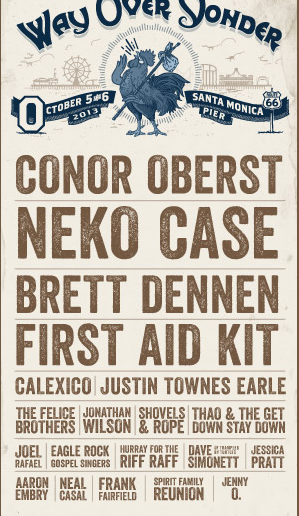 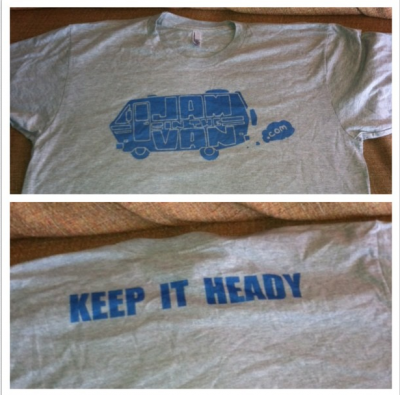 The super heady t-shirt you will win if you find Spud!