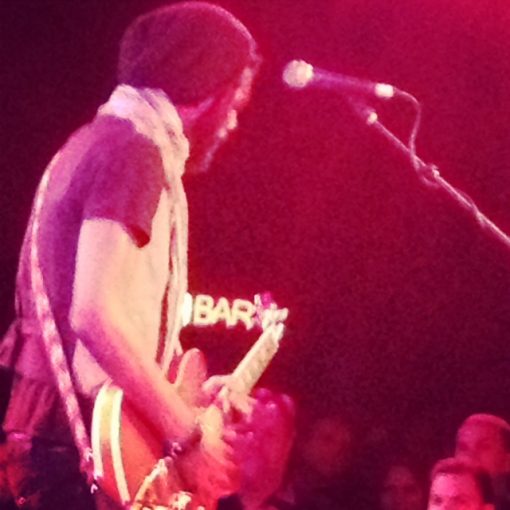 Dude’s hand moves in a blur.  Like, even during the slow songs, the hand is flying back and forth, he’s just an extension of the guitar or the guitar is just an extension of him.  Six or one-half dozen right?  The point is that to watch Gary Clark Jr. play guitar is to watch a person do what they do at the very top of not only their game, but the game itself, all of it, everyone.  If you were to select a guitar Dream Team of dudes in their prime right now, a’la Lebron, Melo, Durant, well you would put Gary Clark Jr. on that team.  You would have to. If this generation has a face of blues rock guitar or will eventually have one, you know, an actual face, not to be confused with a Facebook, then it is him, he is it.

With simple banter, “thanks for coming out,” and a humble yet overpowering presence, he puts people into trances.  The general dance about the Roxy this evening was jaw agape and head either shaking in apparent awe or nodding in hope of conveying that you understood what was going down, which you probably didn’t, but oh how you felt it.

“I need somethin’ to hold on to while the world is spinnin’ round.” He said it, not me. I leaned against the wall though. Spilled my drink too… I wouldn’t recommend a Gary Clark Jr. show as a good place for a date night. She ain’t gonna be thinking about you on that date.  She ain’t gonna be watching you at all.

I saw the chick from Friday Night Lights running around telling everyone to dance.  Grabbing up strangers’ arms and making them sway.  My friend kept calling her “Tina Turn’t Up,” yeah, she was a lil bit tipsy, maybe, but she was right too.  They should have danced, the music was so good.  It’s hard though, to dance, when you just want to watch the man’s hand blur back and forth. He sang, his voice is cool, but man, didn’t nobody give a damn about that. Just watchin’ that hand go back and forth and hearing what comes out. That shit is wild. 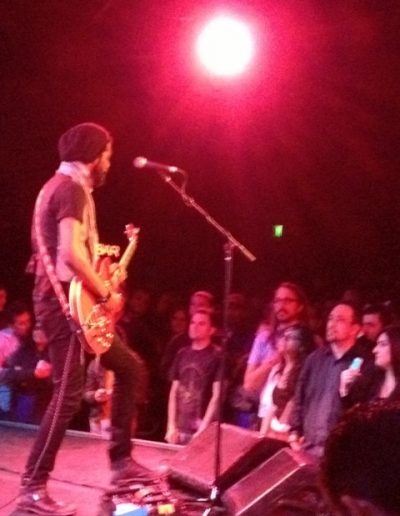 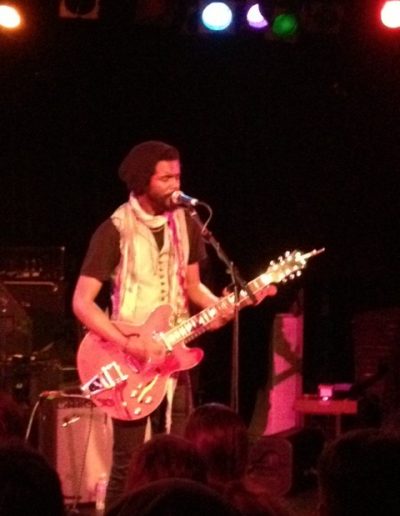