Full disclosure, I saw on a concert calendar on Saturday morning that Filligar was playing the Townhouse which is down the street from my house and got a bit excited. My excitement waned later in the day when I realized that I confused Fidlar with Filligar on account of being a burn out. Oh well, shit happens, I still needed someplace to go on Saturday night, or rather wanted someplace to go, and I remembered that this dude who we called Johnny Pink Pants, because he wore pink pants, had told me that his friends were in this band called Filligar and they were pretty “popular.” Trust when I say that an endorsement from Johnny Pink Pants is not a strong one, but again, I’m pretty lazy and Townhouse is biking distance, although I drove. Also, Filligar has like 40K fans on Facebook, which as we all know is a good barometer for almost everything.

So I went to the show. Had a few old fashioned’s, which they do very well at the Town House. Met some uppity chick who told me I looked melancholy and flaunted a few other SAT words for which I was not prepared. She had a portly friend named George who upon hearing in the conversation that I went to the University of Michigan decided that since he went to Ohio State that he was going to say things that provoked me to fight him. I decided to turn around to talk to some other people instead and to mock George and his poor education on a blog post later, cause I’m hard like that. What George? You want some now? Pwned or whatever.

Anyways, the uppity chick, George, and most of the people I talked to/met didn’t seem like they spent too much time at concerts, nor did they seem like they knew much about the band. Yet there was a decent sized crowd and some of them must have been part of Filligar’s 40K Facebook fans…

As for the show itself, yeah, it was alright, I had fun. It was like Bro-rock I guess. All the dudes in the band had long blonde hair, totally bro, they made intense faces when playing, very bro, and they had power stances, also bro. The sound was in the vein of bands like the Gaslight Anthem, easy to enjoy, but probably wouldn’t keep the CD on repeat. They did a Springsteen cover, “Atlantic City.” I think that was the last cut I stayed for. I dug it so I figured I’d take off on a high note.

Would I go to another Filligar show? Yeah, maybe, but if I do I kind of hope I miss-read the calendar again and it turns out to be Fidlar. 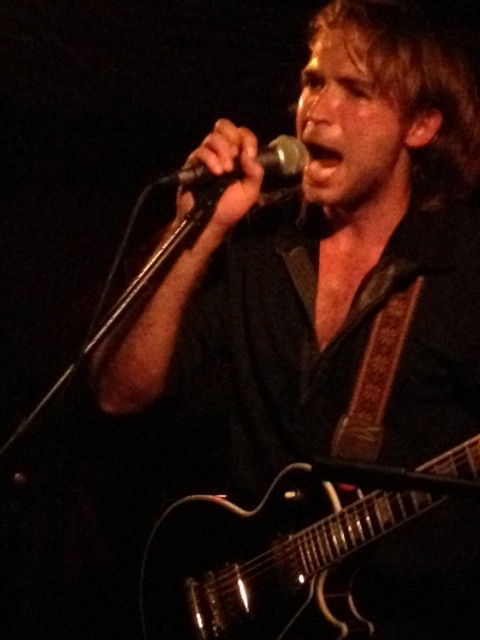