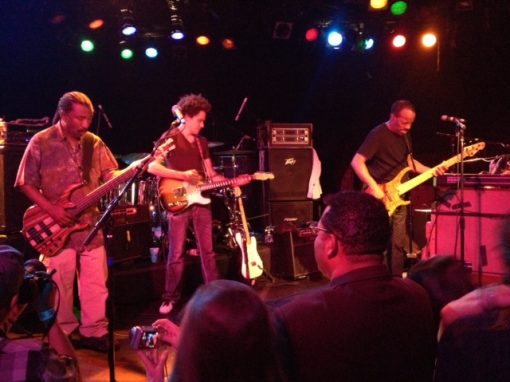 If a band has the word funk spelled as “phunk” in their name you know certain things about the band before ever hearing or seeing anything from them.  You know for one that the music will be heady and filled with improvised jamming.  You know there will be spinning and dancing and also spin dancing. You know that there will be some pretty little hippie chicks and some smelly wookie dudes.

These canons of “PH’ness” hold true even on the very granola sparse Sunset Strip. There I found Dumpstaphunk in phine phorm. They gave us a lot of solid jams, some phunkified hip-hop covers, as well as a lot of gettin’ all the ladies up on the stage to shake/twerk/shake’n’twerk. I am a big fan of the “gettin’ the ladies up on the stage to dance” maneuver. It’s a standard go to for bands who pride them selves on creating a funky vibe. There’s something very special about watching a bunch of hippie chicks trying to shake it like they mama’s ain’t gave’em. Some look really focused, others close their eyes and just trance out, most have no rythm, butts and boobies are flying every which way. Can’t nobody be mad at that. You would think that that along with the music would have been tops of my highlight reel for the evening, however, it was not.

What topped the list for me was this wookie who came up on me in the sitting area of the venue while I was eating some french fries. Sunset Strip priced french fries mind you. This is how it went down:

Wookie: Could I trouble you for a handful of your fries?”

He hovered his hand over my basket in claw position.

Me: No, what do you think this is?

I thought going for “handful” off the bat was a true testament to the wookie movement and it’s lack of fughs given. Dude looked like he hadn’t bathed that day, so my fries he was not digging in, handful or no handful. Yet it makes me happy to know that there’s cats out there like him, just no shame, no respect for how things are, just living that care free life, just being phunky, hopin’ everyone wants to be phunky with’em. I appreciate a band like Dumpstaphunk that creates that vibe wherever they play. It wasn’t a festival, it wasn’t even an outside show, it was a dark venue on the Sunset Strip, but girls were on stage dancing, and wookies were having the time of their lives. It’s pretty swell when you can just create that with your music, pretty swell indeed. 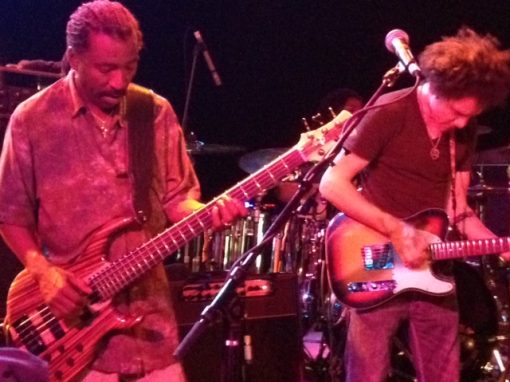 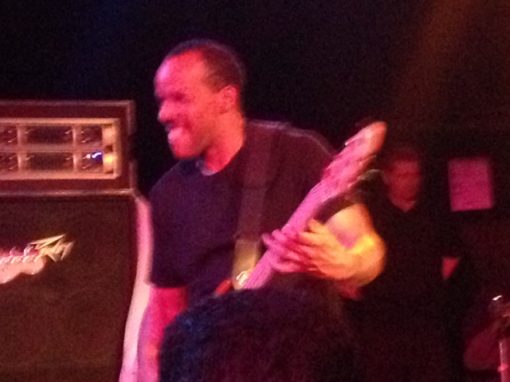 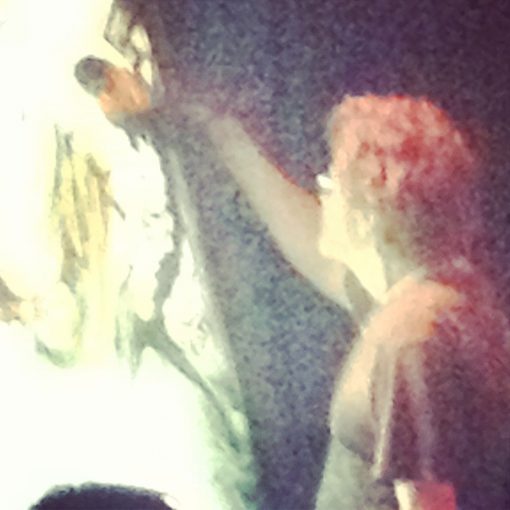 Oh yeah, the ghost of Jerry was in the building doing some live painting. That was heady.