We made it to 2014, that was reason to celebrate. Three years of Jam in the Van, that’s wild. I remember telling my folks about the idea when they were out in Los Angeles to visit. They didn’t take me seriously until I walked them down the block and showed them the beat up old RV that would soon become the Jam Van. Understandably they didn’t possess the same excitement as I did, but they seemed a bit curious to whether or not we’d follow through. It seems mom and pop, that by all accounts we did follow through, and we’ve made it to another new year.

The first Jam Van could barely get out of the driveway without breaking down. The 2014 version is regularly tuned up and able to take us wherever we want to go. For our first shoot of the new year we didn’t need to drop a ton of gas money. We only went to Echo Park. That’s where the band Criminal Hygiene live at, in a house dubbed “The Barn,” on account of it looking very similar to a barn, and also the dudes that live in it are kind of animals, in the best of ways.

Our reason for filming there was pretty simple, the Criminal Hygiene dudes like to party, and we wanted to have a party. It really gets no more complicated than that. So we stocked up with Lagunitas and bands and invited any and all hipsters, crusters, heads, hippies, neo-hippies, blippies, a couple of shoreline crips, and any one else that cared to stumble by, and we had ourselves a good old time.

Criminal Hygiene cut the 2014 ribbon in The Van early on in the day. The keg had barely been tapped and there were only a few of us hanging out in the yard, patrolled and defecated on by Criminal Hygiene’s giant Boxer, Johnny Utah, whose balls are the size of my dog’s head (also in attendance). It seems that the neighbors in this particular section of Echo Park were all pretty chill, as we heard not a peep from the cops all day, and the PA system was turned all the way up. Criminal Hygiene was certainly not gentle on it either. So anyone in the vicinity still nursing a New Years Eve hangover was definitely given a little something to rattle their head. 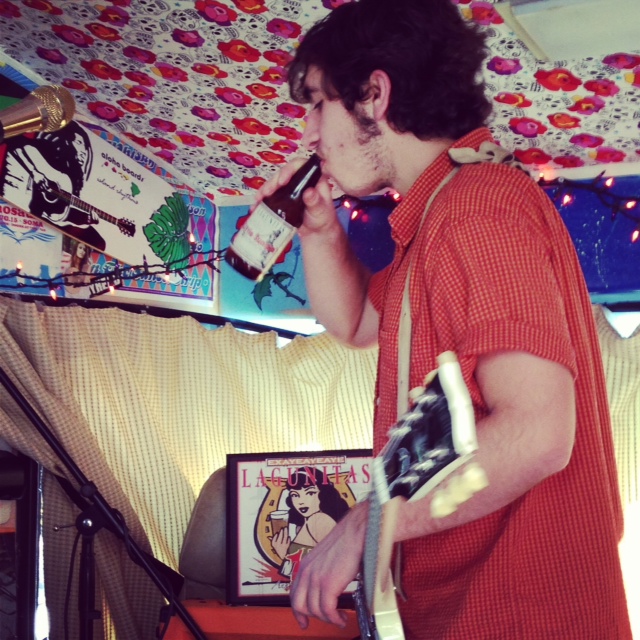 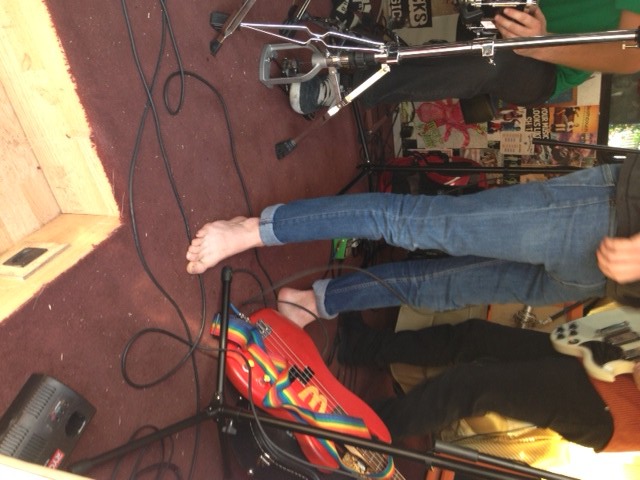 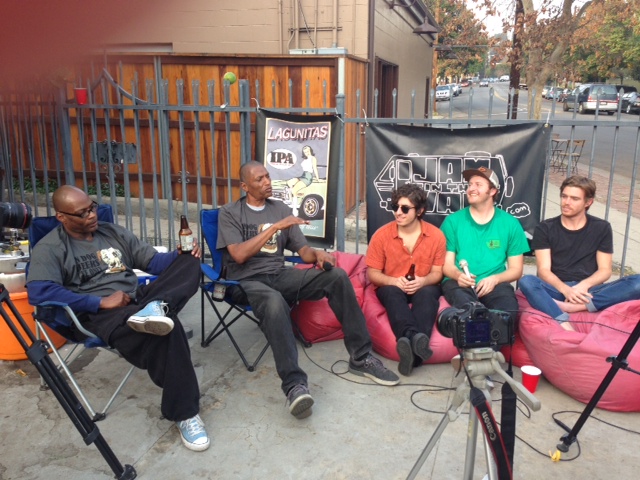 Curtis Harding showed up next and took the volume and intensity down a notch but turned the soul up like four notches. It was around then that the twitter started a buzzing with news of free beer and trending musicians, and a steady grouping of heads began to amass along the sidewalk next to the van. Curtis performed one song as a solo, and then his buddy Danny Lee, of Night Beats fame, took the guitar duties over, and Curtis slid over to the drum kit and they rocked a couple of the tracks off of their Night Sun seven inch that just came out on Burger Records. The band was short a couple of members, but the groove was short nothing. 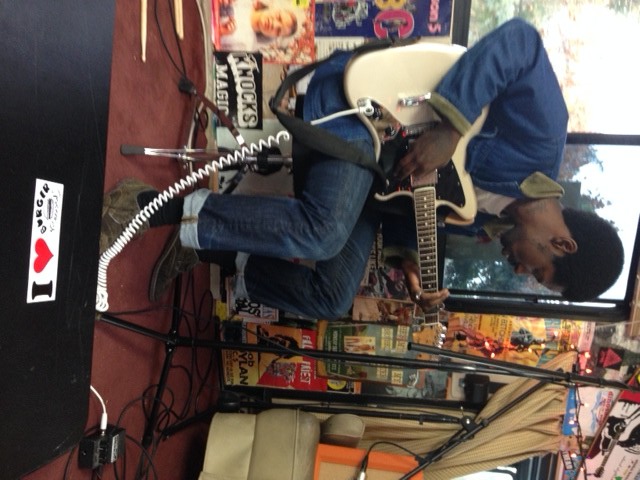 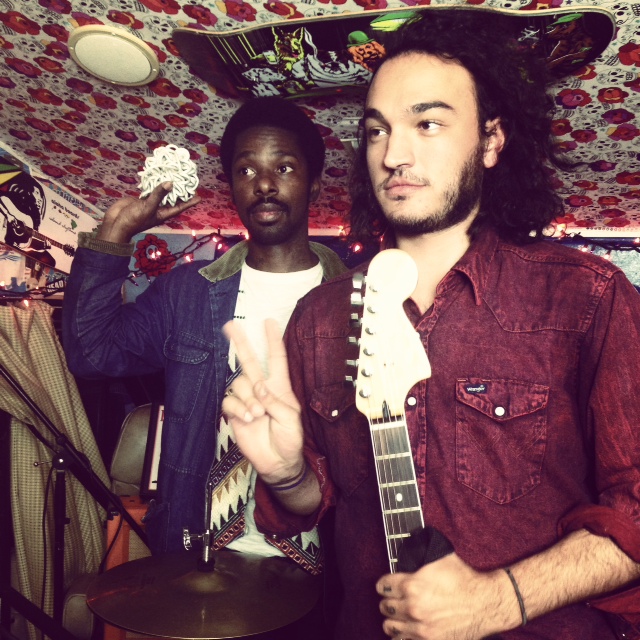 Following their Night Sun set, Curtis and Danny popped into Cuz’s Corner to have a chat with Spud and his special guest Cuz Correspondent Blue the Crip. Spud was overly excited to have a black dude in the corner, and it seems that him and Blue the Crip have invited themselves to Curtis’ mama’s house in Atlanta for some of her soul food cooking, which Curtis was raving about. Anyways, Curtis, they may show up on your doorstep, blue seemed pretty intent on it. That waiver you signed excuses us from any and all responsibility for anything that occurs as a result of that. FYI… 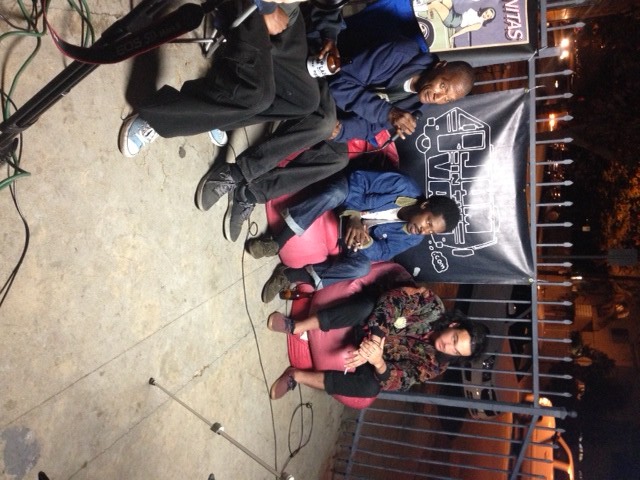 By the time Night Sun hopped out of the corner, night had in fact fallen over the party, and that obviously meant that it was time to burn shit. Luckily Criminal Hygiene are apparently really big Christmas enthusiasts, because they had an excess of dried X-Mas trees laying around. Holy hell, those things are awesome to burn. I mean, we guessed that it would light up to the power lines, and sure enough it lit up to the power lines. All three times. It was only during the third time that someone (Michael Fiore of Criminal Hygiene, I’m not not looking at you) got the brilliant idea to throw a bottle at the flaming tree, causing it to fall on its side and dispersing the crowd. Then of course what else do you do with a fallen burning tree but jump over it? Luckily our editor Joel (aka the guy who jumped the flaming tree) managed to clear most of it, and only lightly singed his leg. 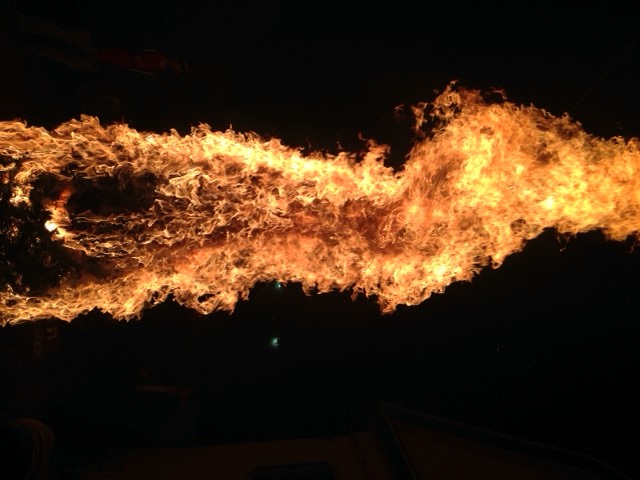 Apparently this is what you do with an X-Mas tree after X-Mas. Jew learn something new every day.

The Blank Tapes were the day’s third set and by this time it was Friday night after work at a house party with free beer, so there were some people crowded about, because you know, people like free beer. They seem to like the Blank Tapes too, lots of clapping and what have you after the set. 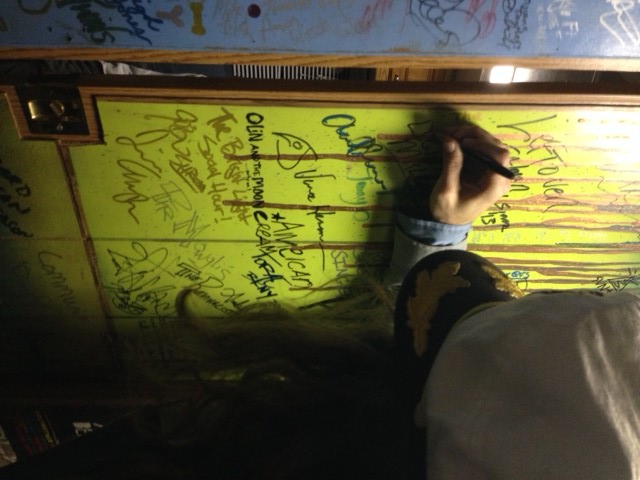 Still accepting bids for the signed door. First to a million gets it.

Following The Blank Tapes We had two more sets to get through, Froth and Cherry Glazerr. Both were crowd pleasers. Froth reminds of Brian Jonestown Massacre, that good kind of hectic. They had one of those instruments that nobody really knows the name of but the guy playing it, has some buttons on it, and does some distortion type stuff. It was pretty legit. Cherry Glazerr was a good act to close out the night. Those girls (and guy) have some admirable energy. Very nineties grunge wrapped up in a package of kids that most likely don’t remember the nineties. They certainly play to a “hate your parents” type crowd, but the jams are good enough to dig even if you love your parents. 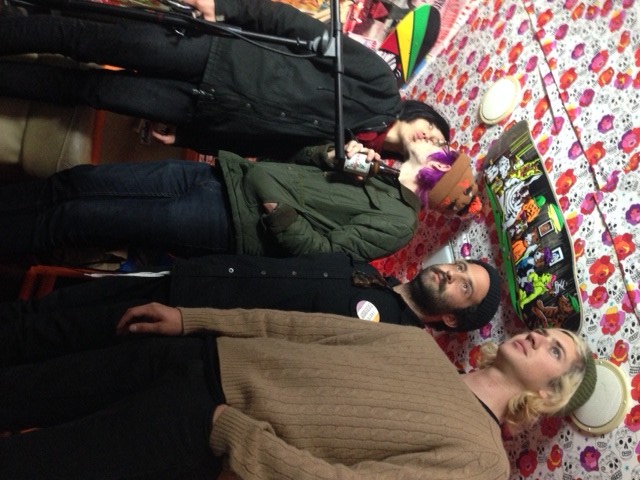 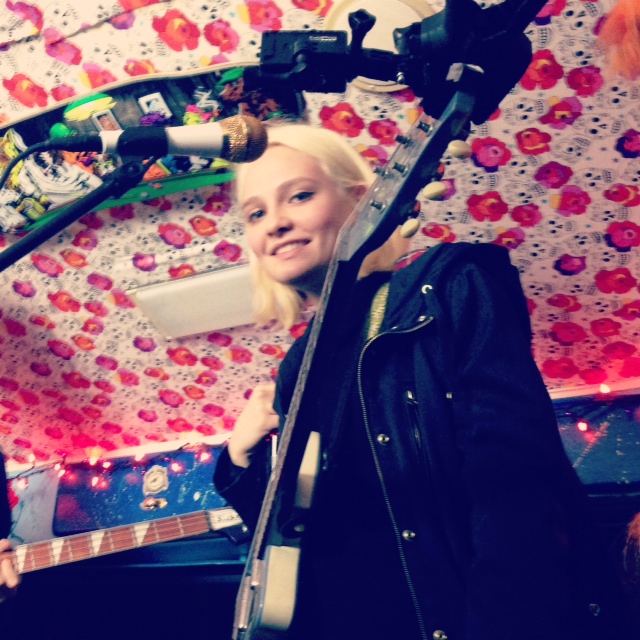 That was the end game, five bands and a good time. Echo Park, you were charming, and we’ll be back. Keep them eyes peeled for the videos. 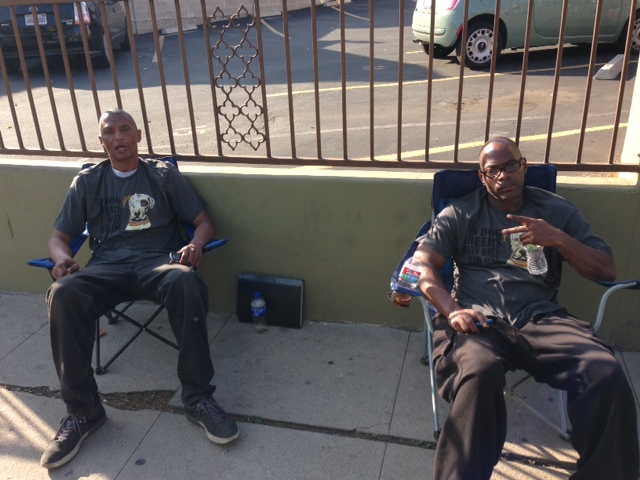 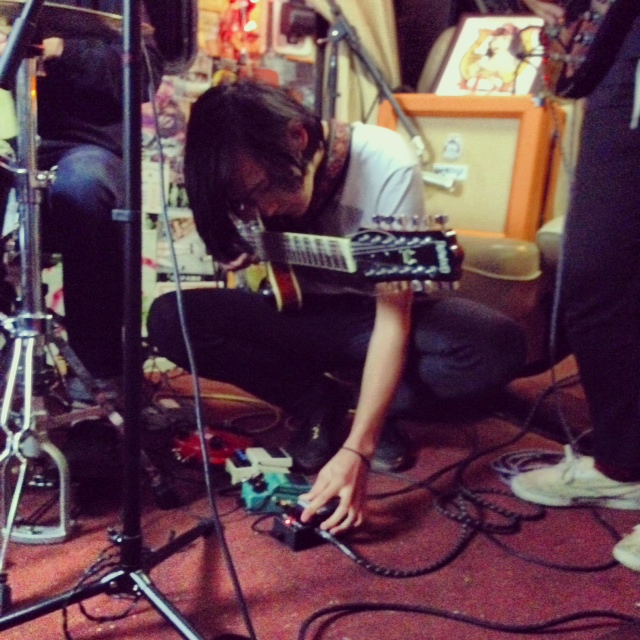 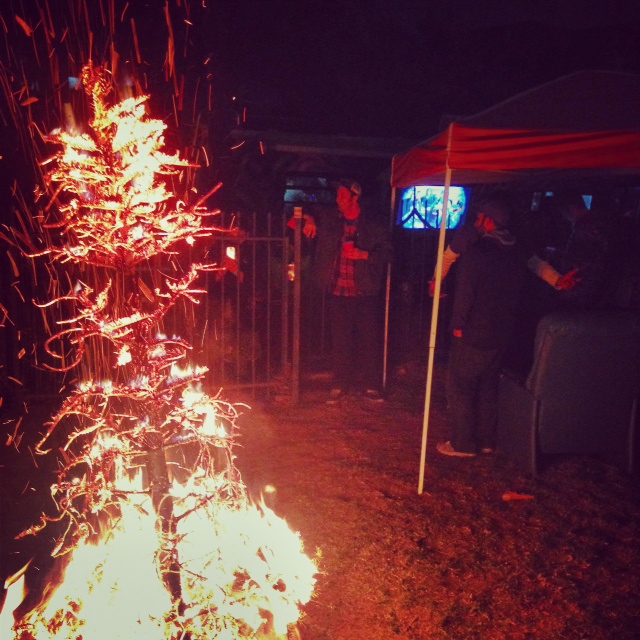