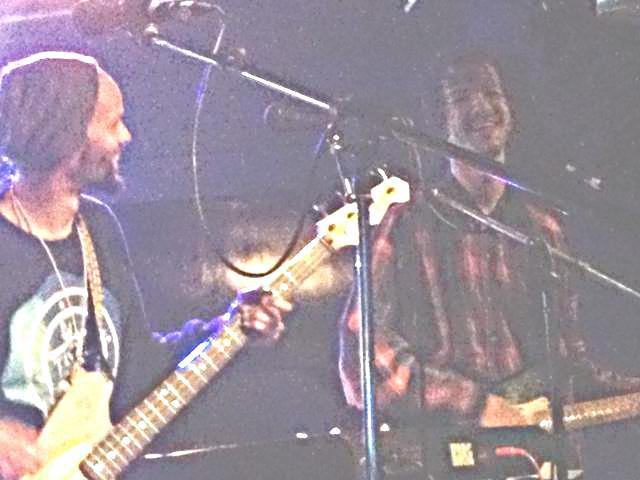 Trying to be a professional musician is a hard gig. I’m not talking about some Julliard-type shit. I’m saying if you’re trying to do it by coming up in clubs and bars and like, being a band, man, best of luck with that. Honestly, and I’ll entertain all challengers who proclaim that there is no luck involved. There’s luck involved with everything, especially things you have to work hard for.

I’m talking about that “Almost Famous” type struggle, like, before they were almost famous, like almost, almost, almost, not really famous at all. Because to play to a room at any time-slot that they give you, to people who ain’t never heard you before, who ain’t there to see you, and to do it all the time with the full blown belief that whatever it is that you’re slanging on the stage is worth a damn, and that you deserve to get lucky, man, that’s tough.

One of the opening acts on the evening in question reminded me of a band one might see in a feel good movie like “Can’t Hardly Wait.” The lighting and arrangement kind of gave them a prom-band vibe, which was cool. It’s usually pretty fun to feel like you’re in a movie, and music’s probably the easiest way to get to there.  So that opening act had a part where the lead singer asked the crowd if they wanted to hear the keyboardist/backup vocalist sing a song, and he kind of stepped back from the foreground and gave her the stage.  Now, the song was alright, I mean, I guess I was indifferent towards it.  I noted the girl had a solid voice, it was an interesting composition, but the best part was just watching someone who hadn’t fully gotten to the “I don’t give no fughs what you think, I’m good,” stage of their attempt at a career.  It looked like she was really focused, really trying hard to believe in what she was doing.  Got me to thinking about opening acts, playing little venues, and the notion of caring if people like you.

Then Darwin Deez took the stage and in contrast, this fella, he %100 gave zero fughs.  That might be why my inbox always has a press release with his name on it.  If you give no fughs, you’ve got a better chance at getting lucky.  That’s why old people always win the lottery. 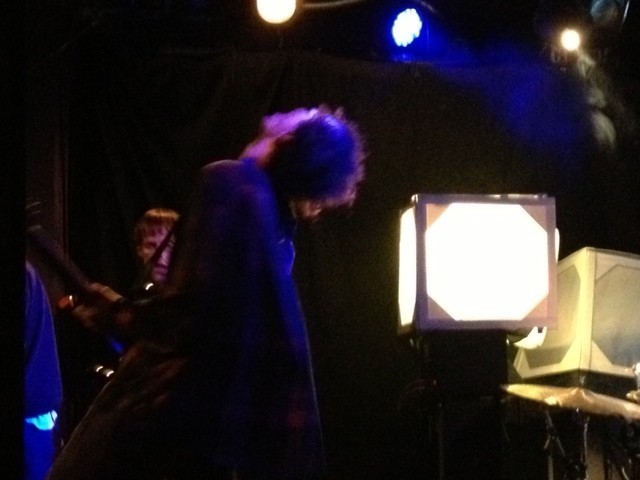 Giving no fughs about floating cube thingies on stage.

Darwin Deez clearly has talent on the guitar, he riffs, and that was the most impressive musical part of the show, for me.  People seemed to know the songs and sing along, I certainly didn’t and still don’t, but that’s not to say I didn’t have fun and wasn’t impressed that people came prepped.  I did, and I was, albeit a bit miffed that he proclaimed that he came from New York City…  Come on mayne, you’re from Asheville, or Chapel Hill rather, but you claim Asheville, so my man, REP IT, especially when you play LA.

The Echo is the type of spot where you know you can see anyone before they’re someone, or you could just see someone who might not never become no one, but who might totally be a talent all the same.  That’s LA in a nutshell man, everyone’s gotta play here, not everyone’s gotta get famous. When Darwin Deez came to town on his way to SXSW, he and his band let loose in all sorts of directions worthy of a night in the town where you should let it all hang out.  They broke off into interpretive dance routines, asked the crowd what drugs they were on, and dared everyone via song to “be human.”  They gave no fughs, and it worked for them, or works for them. Because, like I said, girls in the crowd were singin’ his words.

The day I have girls recite my words from memory, well, that’s a day I’ll call a success.   So I assume he can call it the same, and that’s to say that that’s saying something.   So you see, sometimes good to give no fucks, it keeps you balanced. 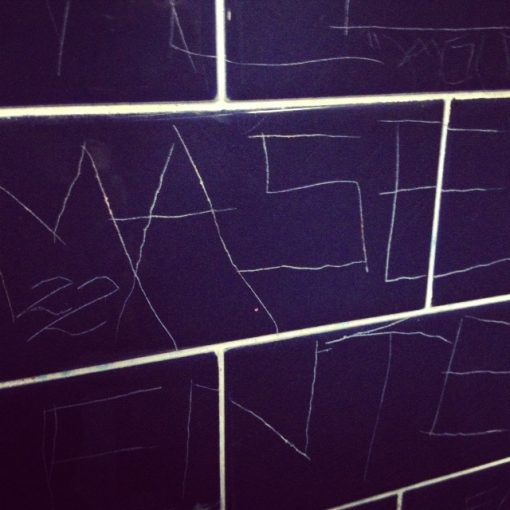 On this evening I found a Mase tribute on the walls of The Echo’s bathroom. I miss puffy jumpsuit era Mase. 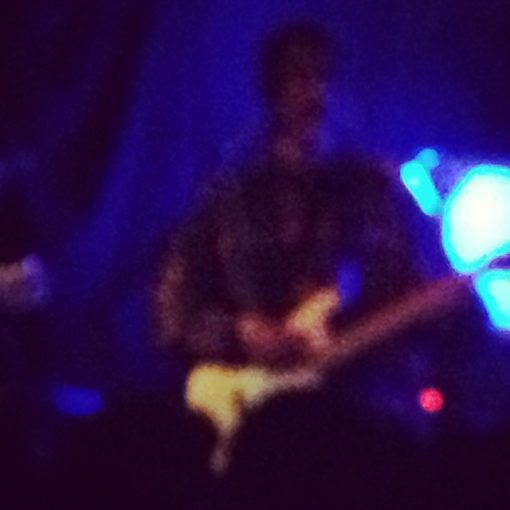 Per Usual, an image of what a show looks like from inside my head.