Chapter 6: Two Jews and a Hippie went to Texas 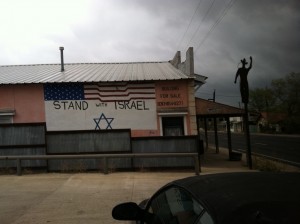 Do you remember where we last left off? It’s been a minute, my bad. Well, it was New Orleans, we were waking up on the floor of some random chick’s house, Gorilla was ganking her granola bars and I was washing my nethers with her loofah. Alright, now that you’re caught back up.

New Orleans ain’t that far from Texas. So we cruised that gap quick. Stopped at some rest stops to eat out of coolers and take dumps (ed. note: more like leave dumps). Met some dude who was riding a big dirt bike from Canada to Argentina. He had a backpack and some side pouches on his bike, and the bike looked like it would be a pain just to ride down the street on, so I don’t really know what he was trying to get at, or why, but right on. That is definitely a way to spend one’s time. I hope he made it. The alternatives to not making it would probably be a bummer, so I hope he made it.

We hit Austin around about nine PM, crashed at an old friend’s pad, hadn’t seen him in a few. He’s studying geography type stuff at the University of Texas, so he’s all studious, and we rolled in all grimy and burnt out and hungry. Somewhere around the border our food had run dry. Thus, that night began our love affair with the tacos that they have in Austin. We’re talking some gourmet, fancy-ass, not just carne-asada, pollo, and carnitas taco type situations… Man, two of those suckers will fill you up for about a five-spot. They’ll smack a hang-over in the face, and they don’t even put that big a hurt on you after (ed. note: you’ll still need several plies). I recommend going to Austin and eating tacos.

Oh hey, there’s music there too.

Of that, we saw a grip. We were in town Friday, Saturday, and Sunday, during which we attended the Fun Fun Fun Fest. It’s a semi-large festival (ed. note: somewhere between Woodstock and Waynestock) that takes place at a venue called Aquarium Shores. There may have been an actual aquarium situation, I didn’t really investigate. There was a pretty sweet dusty field, with more dust than field. Gorilla got the sniffles, but the dirt ain’t really bother me, so sucks to him. Some folks fashioned bandanas around their faces to look all hipster Billy the Kid like, a standard head-phest move. 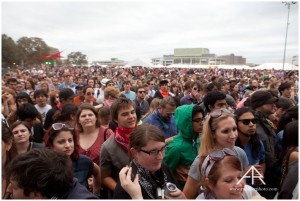 It was in Austin where we were met with the arrival of the Perfect Hippie (ed. note: henceforth the PH) and his Local Yocal tagalong (ed. note: she a sweet thing, she just cheers for silly schools, and that sometimes makes you silly vicariously, IMHO). At any rate, the PH was handing out stuff like everything was a friggin Skittle, and I tell you, everything ain’t a Skittle, but heck, when in Texas, or Texas is big stuff, or just insert some saying about Texas, that just basically is to say that the old friend whom we stayed with, well, he hadn’t never really seen nothin’ like the PH before. 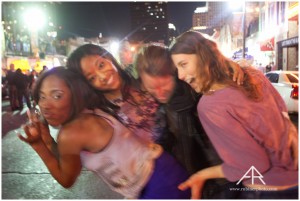 The mysterious Perfect Hippie teaching Local how to court a proper lady.

I won’t fluff his hippie feather any further, just realize that all recollections in this recant are from sideways perspectives. 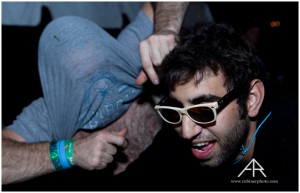 Hanging out with the Perfect Hippie, actin' like a couple a normal dudes, nothing to see here.

Like I said, we saw a lot of music. The festival had a solid line-up, that featured three stages organized by genre. There was no Jugaloo stage, which would be my only critique.  Overall, it was a lot to take in, and as a result we missed quite a bit.  So here’s what I did catch, described in the shortest yet most descriptive manner that I can muster (ed. note: or not): 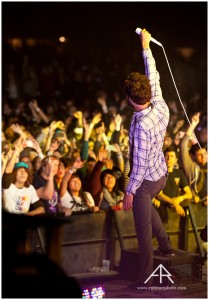 All heads must bow to the white mic... 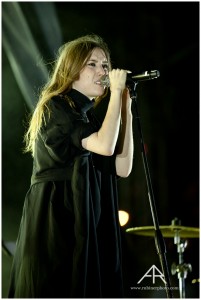 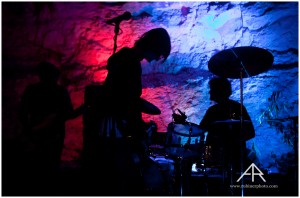 I like wanna say somethin' about how the red and blue is all symbolic and stuff... I like, wanna say that it's heady.

Clap Your Hands Say Yeah – You ever see that show Freaks and Geeks? Like that with good tunes instead of Styx. 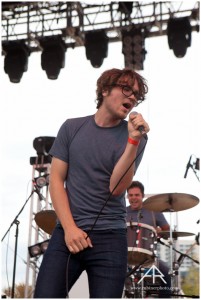 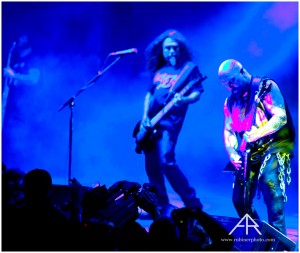 Dude coulda been a ork in Lord of the Rings

Del the Funky Homosapien – Hip Hop with stunna shades on. 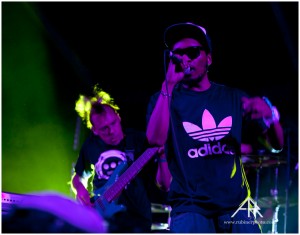 The Black Lips – Pretentious much?  Well, points for having a bleacher full of chicks onstage.
Heartless Bastards – Meh.
Odd Future – Bottle.To.Face.
The Budos Band – Double meh.
American Royalty – Thizz party rock.
Flying Lotus – What the hell is this?
Baths – See directly above…
Cannibal Corpse – Cool from afar…
Neon Indian – Nothing like their name.
Spoon – About the same as it sounds at every Spoon show, only with more of Gorilla getting tossed off the stage. 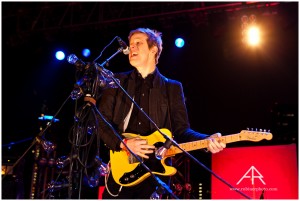 The Felice Brothers – Best live show I have seen in a year. 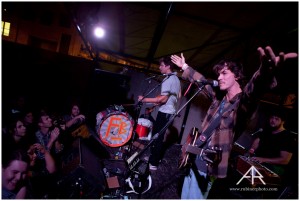 There was of course plenty more to be seen. However, I’m of the philosophy that you can’t go to a music festival with a planned itinerary, you can’t pre-pick what you’ll make it to.  Some notable misses on my part were the likes of Girls, Kool Keith, Danzig, Youth Brigade, T-Bird and the Breaks, Ty Segall, a handful of other worth a listen schtuffs that didn’t get the pleasure of my presence this time.

If I had run around all willy-nilly and seen every bit of music possible then I wouldn’t have spent my time buying a hand carved kazoo from a bum at Occupy Austin, or kickin’ it with T-Bird and his Breaks in an airstream designated for handing out vodka (ed. note: but not handing out ice), or hearing the political thoughts of Sean Stern from Youth Brigade, or getting to talk to the Felice Brothers at the Mohawk.  That was tight.

There’s  so much music out there it’s hard to really be a fan of one band, but I’ve got a few that I really dig, and those dudes are certainly on that list.  Seeing the ghetto-rig of an RV that they tool around the country in and getting to shoot the proverbial with them did nothing but secure my affinities for their music.  Fun dudes make fun tunes. 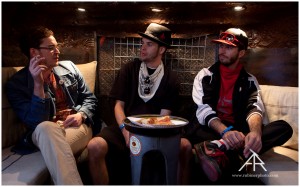 Both T-Bird and his Breaks, and his pizza. 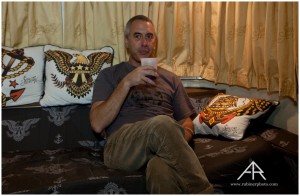 This man said to occupy everything, and I concur. 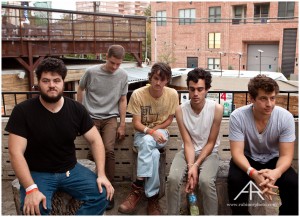 They ain't all brothers, they are all heads. 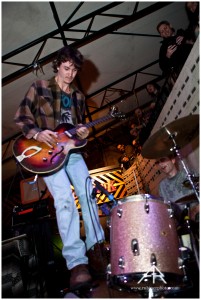 Standing on drum kits is what's up. 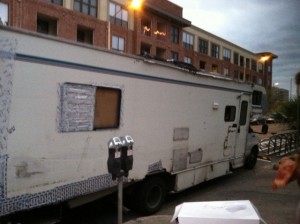 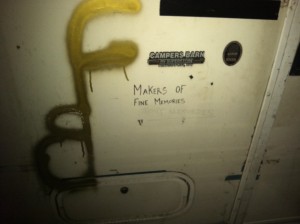 A closer look reveals that they actually ride in a magical RV.

I also spent a considerable bit of time tailing the hippie around as he tried to incite a riot on dirty Sixth-Street by throwing twenty dollar bills to the masses of inebriated Texas and Texas Tech coeds who were priming up for their Saturday morning collision on the grid-iron (ed. note: neither school was given the memo that their teams both stunk)(ed. note: nor were any of the bars in the area, as that is literally all they played, couldn’t have paid a guy to put the Michigan game on)(ed. note: Michigan lost).

On a serious tip, this “Dirty Sixth Street” situation that’s going on in Austin is something else.  For those that don’t know, it’s in theory the University of Texas’ main drag, the spot where the bars are at.  State Street in Ann Arbor, Franklin Street in Chapel Hill, the free clinic in Columbus, you get me? Anyways, this street get’s so ridiculous on weekends that they block it off from cars so that drunkards of all races and creeds can act a fool in the middle of it.  It’s like a Nascar event on crack.  I mean, we saw five fights in the span of about two hours. Two of of the fights were good, one was ridiculously awesome.  We’re talking multiple sucker punches, head-stomping, bleeding, crying chicks upset with their mens, the whole everything.  I don’t know what kind of learning they do over at Texas, I’ve heard it’s a decent school, but I’m pretty sure you drop a percentage on your GPA every hour you spend on that strip…

Anyways, despite his best efforts, the Hippie ain’t get into no fights, neither did the Gorilla.  The closest PH came to a scuffle was when he wrestled away a $20.00 bill from some ugo at a taco stand.   He and gorilla paid her to kiss me.  I’ll spare you the suspense, PH was getting the $20.00 back because she failed at her attempts, although I’m sure her father would have been more than proud of the display she put on.  It was Texas class at it’s finest.  Aside from that incident we all had a pretty good, pretty responsible (ed. note: HA) time. I’d sign off on the third fun in the phest, and I’ll hope to be back next year when they are supposedly adding a fourth fun.

My last clear memory of Austin was as we were returning to the Hippie’s room at around 3AM to retrieve our bicycles and pedal back to my friend’s house, I said to Gorilla, “the Hippie’s starting to sing, it’s gonna get pretty weird pretty quick, so let’s make haste.” Everything I foresaw in that sentence came true, and we did exactly what I had said to do, made haste before it got too weird.

From Texas it was a long road to Tucson, where we crashed a night at Gorilla’s childhood cage.  Having gone from my mom’s backyard to his mom’s backyard, there was nothing left to do but head back to our own.  Where of course sat our Jam Van, anxious to hear about the paths we’d cleared for her, very excited to know that Jews and a Hippie could make it out of Texas so unscathed.  Now she knows that it’s doable, maybe even in a big green and blue Jam Van. 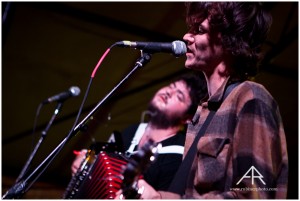 Wake up and play that accordion Christmas! 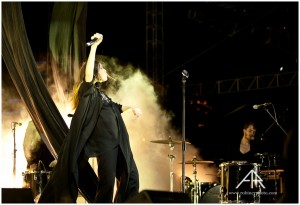 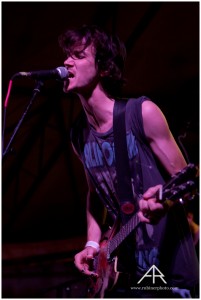 Where do you think he works out? 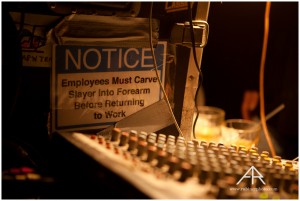 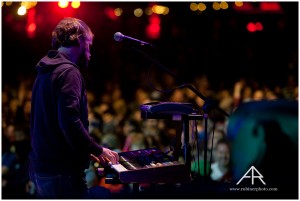 They use other collored mics in Passion Pit too. 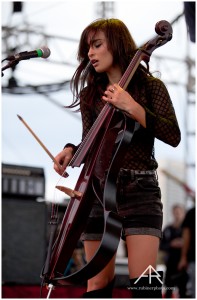 Is that a cello? I don't really care, she niiiice... 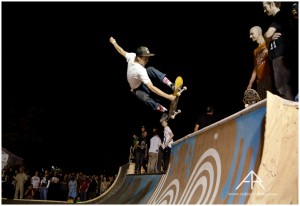 If you wanted to shred, there was a place to shred, how thoughtful. 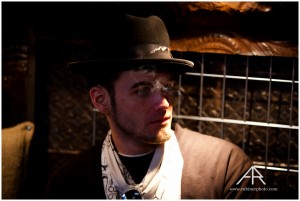 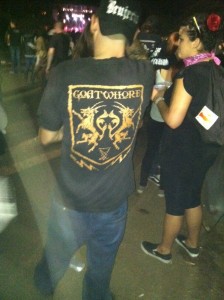 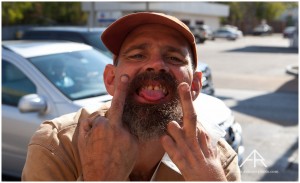 Texas said "Peace Out" via this guy...

– New stuff from the Dr. of Dawgs… (via Rolling Stone)