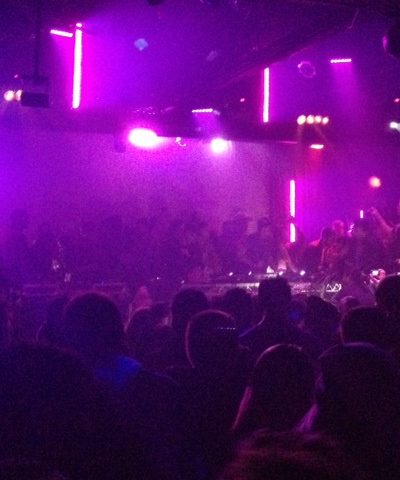 What I know of EDM is that it is a genre that allows you  to say deep shit over beats, or some easy shit over beats, or some stupid shit over beats, it don’t matter as long as the bass drops, girls are gonna dance.  At some point on this evening, inside of the dark low-ceilinged room that is The Echoplex, Boyz Noize took the stage for a previously un-announced and impromptu gig, and began chanting “it’s your birthday, whatcha want?” While chicken-heads, young and old alike, rejoiced with their twerk in the glory of the bass, as well as the verification that all of the rumors that had been batting about during the night’s earlier sets had come true.  He was there.  You know, that super popular EDM music maker who puts together two misspelled words to make a name.  Or perhaps adding a Z to a word isn’t so much misspelling it as it is better spelling it.

Oh to have the power to make people lose their shit on a dance floor.  To make them pulse and gasp in rythm with speakers and lights.  Music making can be like mutant X-Men type stuff.  Mind control man, and these DJ’s, they’re game is as strong as any. 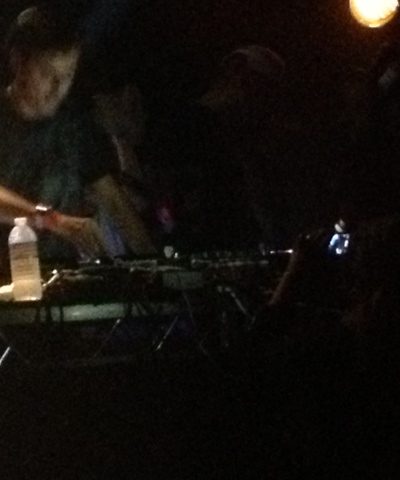 Doez Boyz Noize like to hydrate or iz that hiz girl Molly’z Waterz?

I wanted to get into the thick of the trance, so I maneuvered my way through the gyrating bodies and positioned myself next to a speaker at the front of the stage.  It made me feel like I could die at any moment.  Which was awesome, duh.  The effect of EDM for me is always a bit of a confused one.  In glimpses I get it, I can see why the youth and to be honest, older then youths, like to lose themselves in it.  This room was flashing in just that manner.  Boyz Noize had a control of his sound and his crowd in just the right way, and I got it, you know, in that glimpse.  Then it got too loud and I had to bounce up out before I passed out, but for a minute I did get it, and I dug it.

When I left my head must have still been stuck next to the speaker, because whilst I was attempting to look at a sweet new Check Yo Ponytail shirt that my friend got me and walk simultaneously, I crashed head first into a pole.  Evidence is below.  I don’t blame EDM, or Boyz Noize.  I blame my parents. 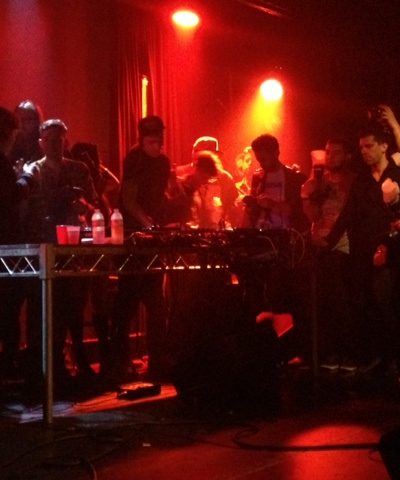 Much like rappers, EDM DJ’s get their entire crew on stage for performances. They pass less blunts. 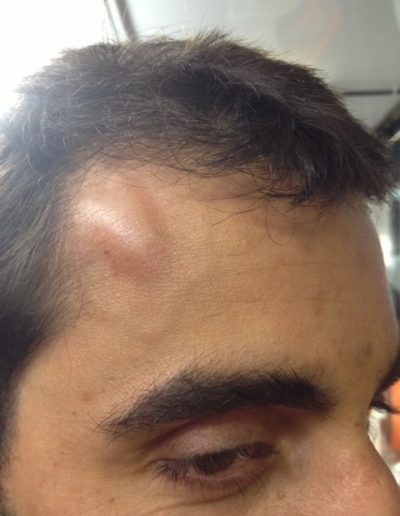