So when I used to ride the school bus my stop was about a quarter of a mile down the road from my house on Westwood Rd., Asheville, NC, aka Beer City USA.  The last house that I would always pass on the way home was Ms. Knox’s yard.  Now when I moved to North Carolina in like ’91, Ms. Knox looked like she was about 100 years old.  Crooked back, white hair, old lady skin, I was a kid so I had no concept of how age really worked, so I always thought she was around ninety.   Anyways, she was always, always, always in her yard picking the clover flowers and dandelions out of the grass.  An impossible task for an eighteen year old boy, let alone Ms. Knox.  She was a school teacher, real southern, real polite, we didn’t have much in common, but she always asked me how my day at school was, how my parents were doing, Ms. Knox, she was a good shit.

Now fast-forward to twenty-one years later and I’m pulling our big Technicolor rig onto Ms. Knox’s front lawn and trampling down a quilt of dandelions and clover.  You see, Ms. Knox, she don’t live there no more.  She ain’t kicked the bucket, but she’s moved along from Asheville.  Having given up her battle against the dandelions at the ripe old age of 102.

So at 1 PM on Tuesday June 12, 2012 with the help of Erin from DreamSpider PR, I paid tribute to Ms. Knox’s yard by having the the first ever Jam in the Van Yard Stormer Show on her slightly unkempt lawn.

The bands that played were a tribute to the talent that hides itself behind the lazy guise of the Blue Ridge Mountains, in that Smoky Town of pierced drinkers, tattooed singers, southern dingers, and other.  A tribute because everyone who came by, all of the old folks kicking it with my moms and pops, all of the musicians and their pals, and all of the guys riding in the van agreed, the music was pretty damn good.

First we jammed with the E. Normos Trio.  A heady instrumental way to wake up.  Dove Yeaman only needed one Red Bull to get going.  They hopped out and in jumped Kellin Watson.  She’s what you call a Mountain Gem.  Sings real sweet and lays low amongst the simple folk.  She gave us her album, Beez dug that track swagger, “man I like that cut, swagger.”  Then  Aaron “Woody” Wood surprised the hell out of us.  Dude was good, like, wouldn’t be surprised to see him on the Sonic Stage at Bonnaroo next year type good.

Lunch break came and went, and as it did, in filed more musicians.  First we were charmed by the Honeycutters, a quaint foursome that strums out melodic southern ballads.  When their twang was up, the bass player stuck around and his other band, Velvet Truckstop closed out our little festival.

They channeled The Drive By Truckers.  Gritty southern rock.  Long hair, beer, stubble, North Carolina.  It was a good day.

Wrapped it all up, put some more grub in our stomachs, considered taking to the town, but only Dove Yeaman was able to find the strength.  I myself talked a big game, fell asleep before the fourth quarter of the NBA finals and woke up with my head in the dog’s bed.  I blame the humidity.

Track for the Day: “Carolina Way”  off of Sweet Release by Velvet Truckstop. 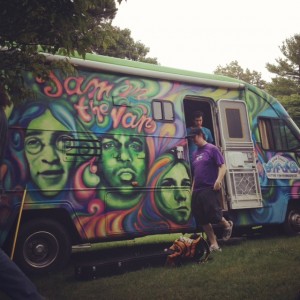 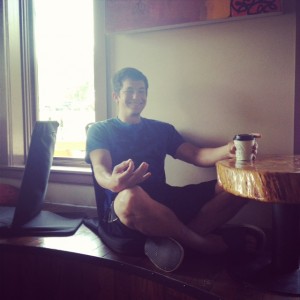 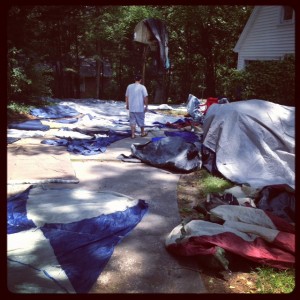 This is the most efficient way to dry tents after Bonnaroo. For sure. 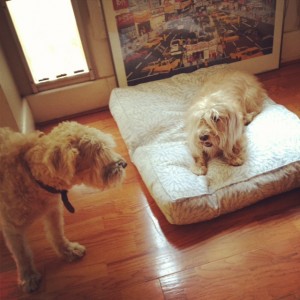 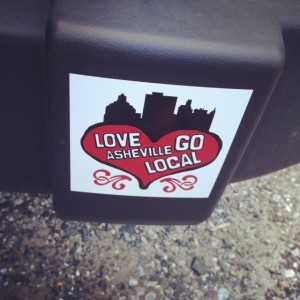 Oh and how we did just that…