Woke up in a bed in Nashville which was weird. The bed, not Nashville. I’d grown accustomed to sleeping in the fetal position on a bean bag chair with Dove Yeaman playing footsie with me on one side and The RZA jumping on my head on the other. That is all to say, we were well rested.

For those who don’t know, Nashville is only about an hour away from Manchester, TN, which is where Bonnaroo takes place. There are about five hundred fireworks superstores between the two locations, all we needed was one. That was our last stop before we pulled into Coffee County High School to get our Bonnaroo credentials. Yeah, I said credentials. We went from regular old Bonnaroovians, to Artists. No last minute scrounging on craigslist for tickets, we were covered. All it took was a year with a Jam Van. Our “art,” well, it’s a life art situation. Pretty much speaks for itself. Of the other “artists” at the Roo I’d most closely relate what we do to what the Skrillex does. No questions. Just take that as fact.

From the High School we made the easiest drive onto the Roo farm ever. No traffic, no security check, just straight into our slot in the press area, right behind the What Stage, aka the main stage. Our neighbors for the weekend were CNN, the Hay Bale Studios, the Bonnaroo Press Conference tent, and the tour buses for the weekends headliners. Not bad digs at all.

Our sleeping arrangement was pretty legit as well. We were in the back of the festival in an area called “guest camping.” This meant we got the luxury of shady trees, clean porto-potties, and showers, something I’d never taken at Bonnaroo…

We got the van set, we got our camp set, and then we did a little exploring. I’d never seen the farm without thousands of people on it. The sight was a bit trippy. Everything looked so much smaller without all the heads. We kept telling Yeaman, the newb, how crazy the scene would be in a few hours. He didn’t quite seem to grasp it. You can’t really, not until you see it firsthand for yourself. The site that is the Roo is unlike any other, and we were caught in the quiet before the storm.

We grilled up some burgers, had a couple beers, then like magic, the insanity was upon us. I guess they open the gates early now, like Wednesday early, because the heads were rolling in. They came in cars, they came in vans, they came in tripped out buses, they just came, a steady flow of traffic all around. Bodies popping out of their vehicles invigorated with the excitement of that “Pre-Roo” feeling. We’d made it, I can now type part two.

Track for the Day: “Mayday” by Pujol from the EP Nasty, brutish, and short.

Left this little sucker in Nashville for the weekend. Even though he tends to get dred locks in his mohawk the roo don't allow mutt-bags...... 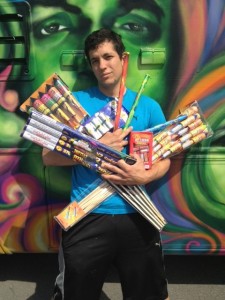 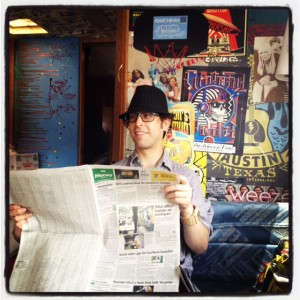 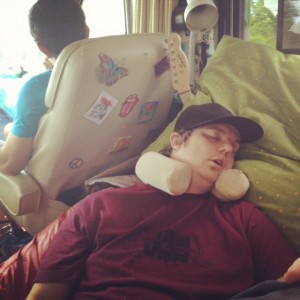 Beez wasn't stoked on this picture... Not sure why.

People actually have time and know-how to do something like this... Not me type people, but people... 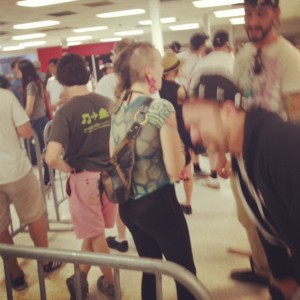 At Bonnaroo The Skrillex has to wait in line to get his pass just like all the other "artists." 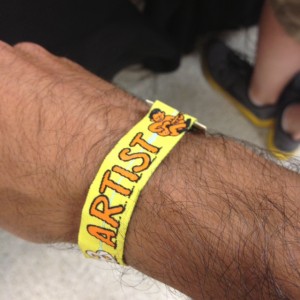 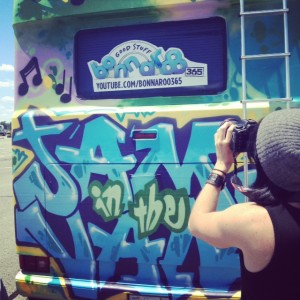 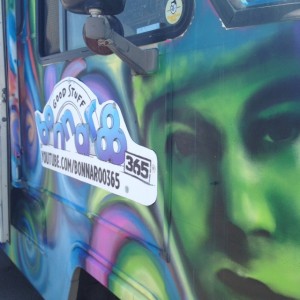 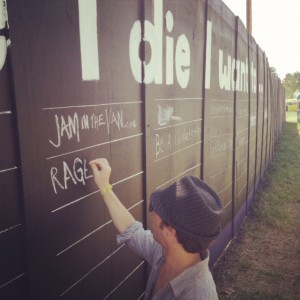 Before SuperGood Dorsky dies he wants to Rage. That is all. 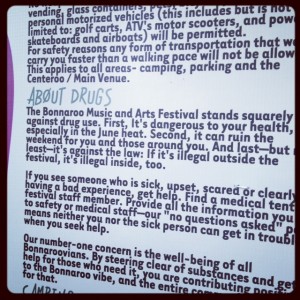 What about them exactly? 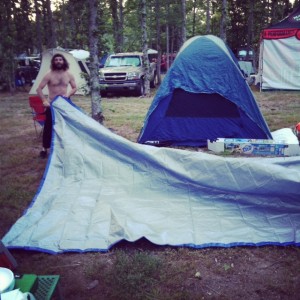 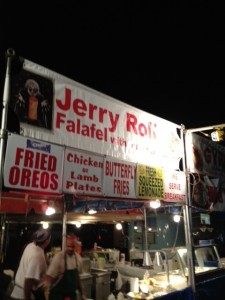 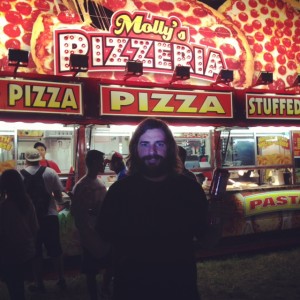 They're making it in pizza form now? 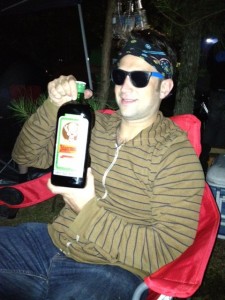 This guy, destined to be that guy... 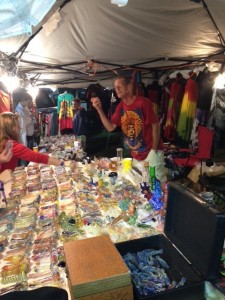 Goose man owes this dude some money from a few years ago... Seriously, Goose, the dude is still in the exact same spot selling the exact same crap... #heady.