Sleep is for the weak. When Bonnaroo calls and says you need to be on the farm on Wednesday and not Thursday, as had been planned, you can’t complain, you gotta just be thankful that you’re going to the headiest place on earth and even more thankful that you’re gonna be there a day longer than usual. The only issue with an early arrival was that they were calling us from Tennessee and we were still sittin’ on our asses in Venice Beach. No worries, what’s 2000 miles in three days when you’ve got a Jam Van full of Bean Bag chairs, beers, and a Perfect Hippie?

So we split California eight strong, all primed for adventure, all in awe of how wild it was that it had all come together. Two months ago we were beat down and broke-down on the side of the road in Ft. Stockton, Texas. We had no Jam Van, we had no money, we had nothing but a whole bunch of SXSW footage and a dream that we didn’t plan on letting die without a fight. Two months later, through the graces of great fans and friends and the power of hard work and ‘don’t quit,’ we’ve managed to build a bigger, better, bolder Jam Van. Sunday June 3rd the champagne bottle went smash on the bumper.

We drove straight through the night. No stopping. Just reverie, rap battles, jam sessions, and a restless terrier jumping from bean-bag to bean-bag. Like I said, sleep is for the weak.

Bonnaroo 2012 was really going to be one of those deep breath type moments for us. I myself have attended this greatest-of-all-festivals-on-earth eight times. In the scheme of things in my life, it’s been a pretty big part of it. I’ve made some amazing friends, like the Perfect Hippie and the Geologist, made some amazing memories, and also, made a Jam Van. Yeah, piling in an RV with a bunch a dirty dudes to party at Bonnaroo was our inspiration, go figure. Now it was starting to feel like we’d come full circle to where we wanted to be.

In my own head I was planning on climbing atop the roof of our music machine in Manchester, taking a deep breath, and screaming from the top of my lungs out over the masses of tents and RVs and heads that would come to share in the experience. Because how else was I gonna express an emotion like this? Ain’t no better way than just screaming at the top of the lungs, closing your eyes, and being happy. So as the sun came up over the New Mexico skyline we weren’t worried about being tired, just about how loud we were gonna scream.

Track for the Day: “Mercury” off of Cabaret by Moontaxi… All of the songs featured here the next couple weeks will be from artists who we recorded on this trip, get heady, I mean ready, no I don’t. 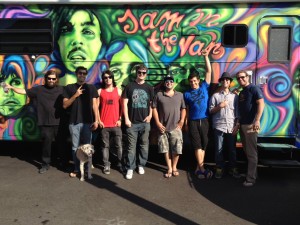 From left to right: The Geologist, Me, Dave Yeaman aka Dove Yeaman, John Washington aka Beez, Dave Bell aka The Buddhaphest, Abran Rubiner aka The Gorilla, Brandon Dorsky aka Supergood Music aka Dosesky, aka Superdosesky, The Perfect Hippie. It's traditional to call this the before picture. 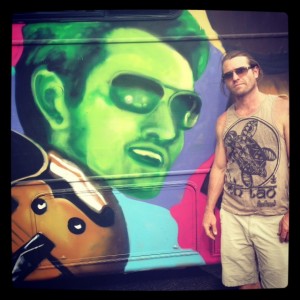 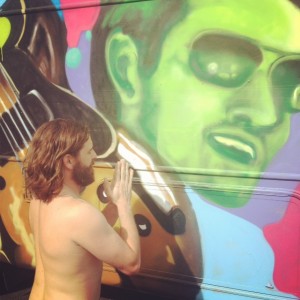 I'm not sure The Geologist wants me to put this picture on the internet... 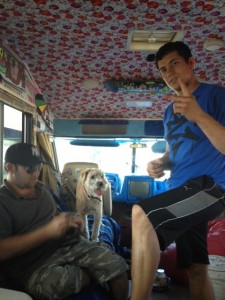 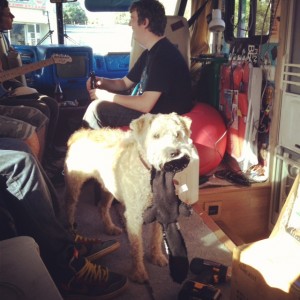 The RZA wore his formal wear for the trip, a skunk tie... 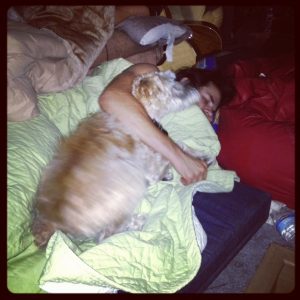 This is how Dove Yeaman spoons the RZA, any questions? 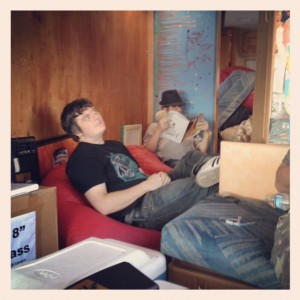 This is how Beez and Supergood Music chill in beanbag chairs, any questions? 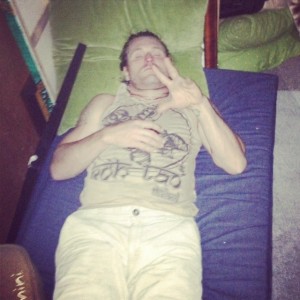 Perfect Hippie has mastered the all day power-nap. 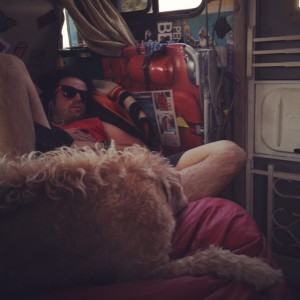 Jam Van 2.0 has no shortage of spaces for heads to crash out on long drives... She niiiiice.