Every music festival, Bonnaroo in particular, is a blank slate. You leave the shit you showed up with at the door (camping supplies excluded), and you step into a world where smiles are the norm and problems are all relative to the fun you’re having.  So with that in mind, please embark upon these memories with us.

This year we sent Spud ahead with the van. Met him in Nashville, Tennessee on a Wednesday. Went straight from the plane to the hardware store, where we spent a few hours working in the parking lot. Like genuine men do. We were building a rail system for our camera mount and cleaning house before the big day. After that was done we dropped a couple of stax at the Wally World and a liquor store in downtown Nashville, where the patrons were very encouraging when we were debating the purchase of a glass AK-47 filled with mid-quality tequila. 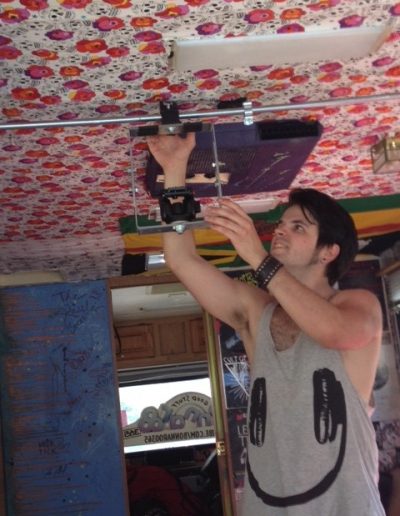 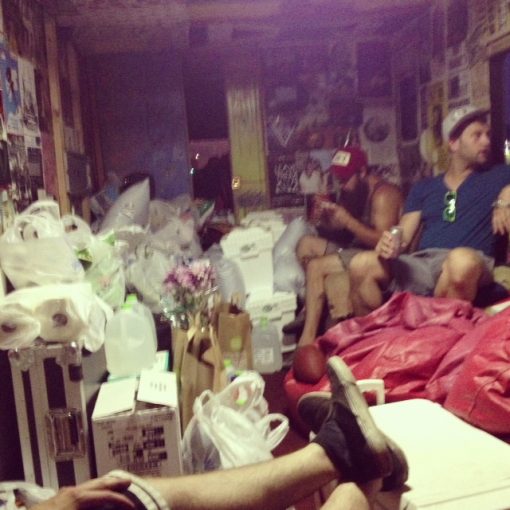 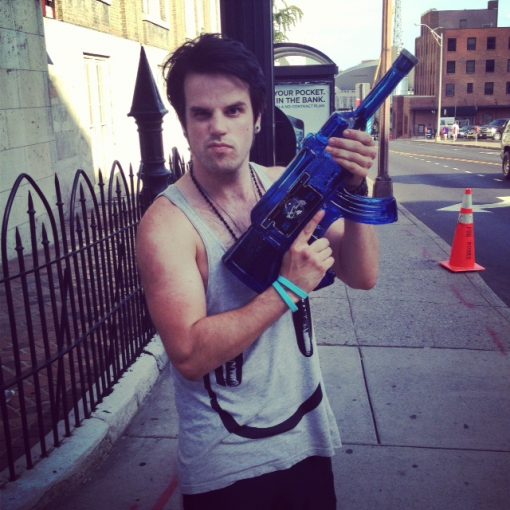 Some of us slept that night, others did not. Anxiety and other demons keeping eyes open. When morning came we drove that faithful stretch of highway, passed the ridiculous amount of over-zealous highway patrol men and sheriff’s deputies, and headed towards Coffee County High School to snag our Bonnaroo bracelets (Bonnaracelets?).

While bracelet-picking-up was rather quick and painless, trying to locate the “Guest RV” area was certainly not. Absolutely zero assistance came from anyone with a staff shirt on. I get it, they’re working for whatever they can sell out of the confiscation grab-bag, so no need to sweat the details, but man did they get under Spud’s skin with sending us around in circles. Luckily Spud is a professional, and he got us where we needed to get to without having to bust on any fools. 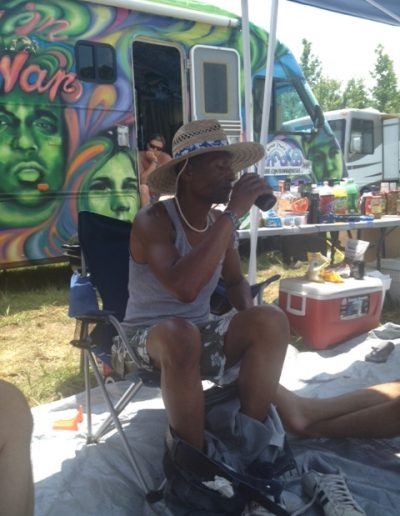 Security check was pretty cool, but only because I threw a bean bag chair over some forbidden charcoal that homeboy told me to throw out, and dude also believed me when I said that I only had one glass-bottle six pack of beer in the rig and no glass bottles shaped like AK-47’s… So yeah, security check was cool.

Sidebar: Why in the hell is Bonnaroo outlawing charcoal now?  The guy explained it to me, something about the clean-up process, but I was too busy thinking about how asinine it was to ban charcoal so I didn’t retain the full explanation.

Campsite set-up was quick, we had to hustle because we had bands showing up to film, and not having your beer fully iced by band time is just poor form.  So tents went up, bean bag chairs went out, our CHARCOAL grill was assembled, Lagunitas dropped off a keg,  and drinks were poured.  Then poured again. 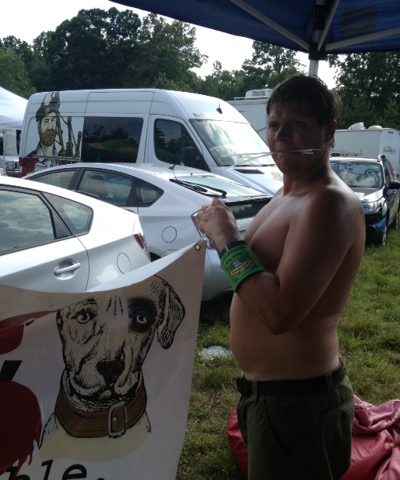 Wake Owl did the honor of breaking in our new solar-powered system, and I am happy to report that there were zero glitches, and it worked perfectly.  I can say that for very few things over the Jam Van’s history.   Foreal. 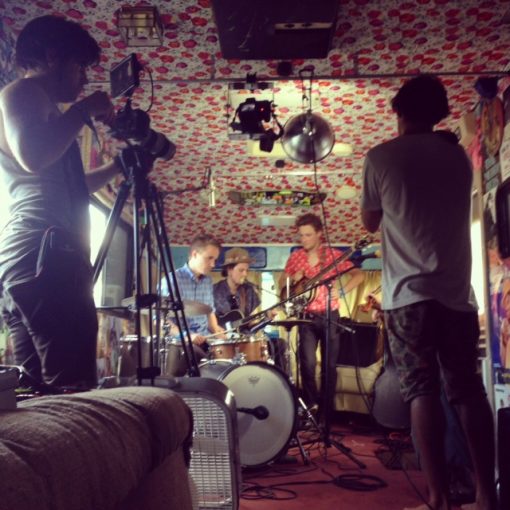 After Wake Owl wrapped we called it a day in terms of work and headed out into the Bonnaroo night to search out mischief.

If you received a sticker on your head or a bracelet shot at your face over the weekend, you can probably bank on it having come from me.  You’re welcome.

There was of course music outside of a van at this phesty and on night one the first set I checked out was Deap Vally.   These broads got sweaty with it and it wasn’t even that muggy out.  I do declare that it was a hot and heady way to start the night. 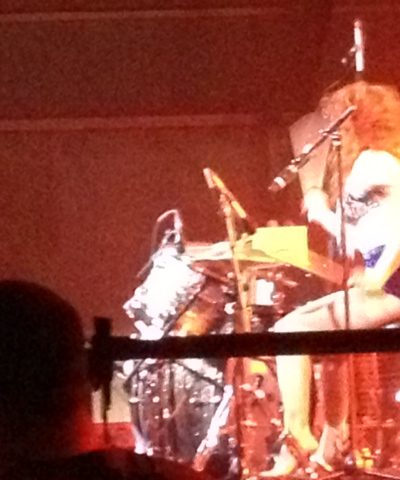 Something must have happened during the Japandroids/DjangoDjango/Father John Misty time-block, but I’m very hazy as to what it was.  I’ll say that I was at Japandroids and it was excellent.  I’m sure it was, and that when I awoke from this haze I was still in the same spot but at that point in time Alt J was performing and it was pretty alt, as far as alt things go.   The lights were certainly trippy, Spud got his first taste of what a big field full of white folks with too many substances and glow sticks turns into at night.  He dug it. 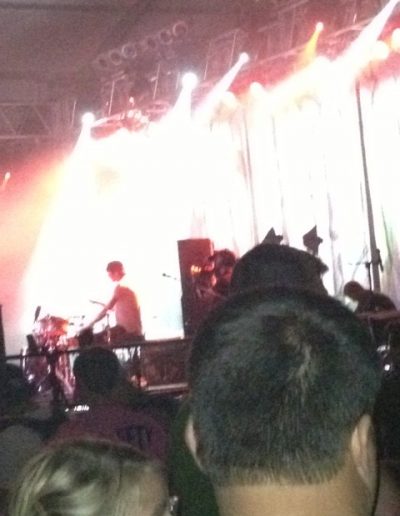 Alt J and some dude’s head. 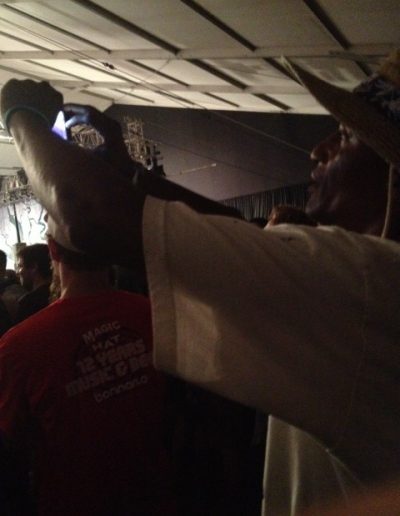 Spud in the act of diggin’-it.

I opted to go for Killer Mike over Allen Stone, as Spud and the Goose Man were antsy to take in some hip-hop, and because we could stand backstage for Killer Mike and take in all his obese-glory, and I’m so glad I did. I give the big man the show of the night for Thursday. He killed it, which was expected, as he is a self proclaimed killer. He sweated almost as much as the Deap Vally ladies, but he’s super big, so that’s also expected, yet impressive nonetheless.

That was it for me that evening. I was beat status, and needed the comfort of my air-mattress.  Sadly I missed what was said to have been an epic ALO performance, where they were joined by Jack Johnson and other special guests, and apparently had hippies spinning in the crowd til the wee-morning hours.  I am always in support of that.  Whatever though, Killer Mike still gets the show of the night award, and I still woke up with a glow-axe and glow trident tucked into my belt-loops.   Success on night one, that’s a good start. 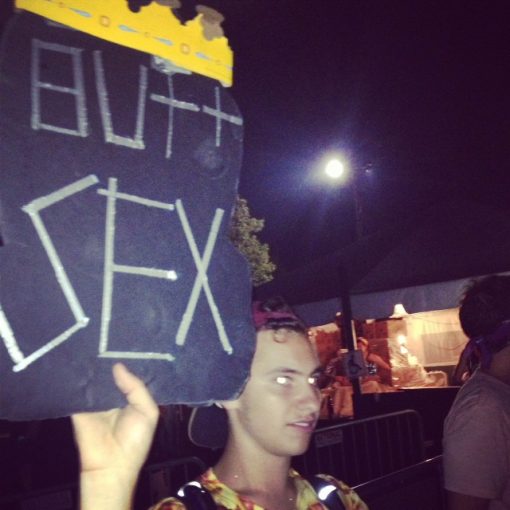 This guy was looking for something. 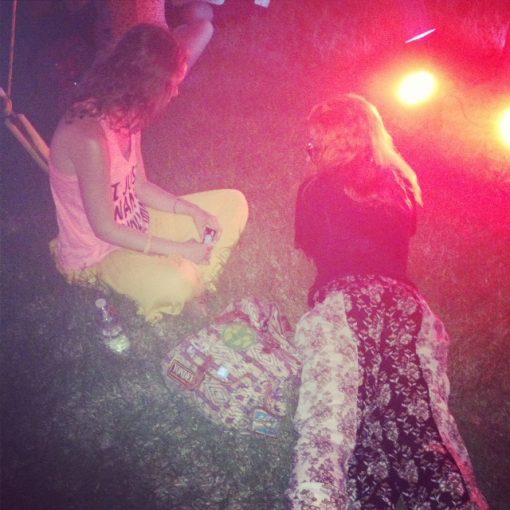 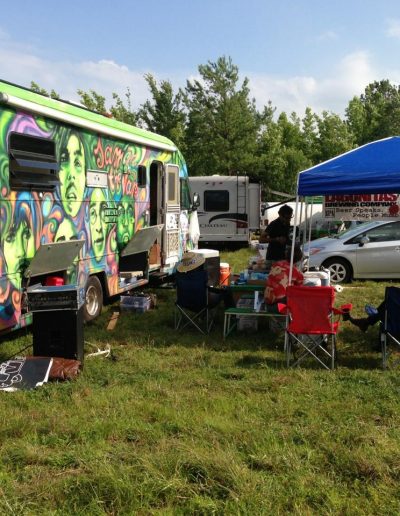 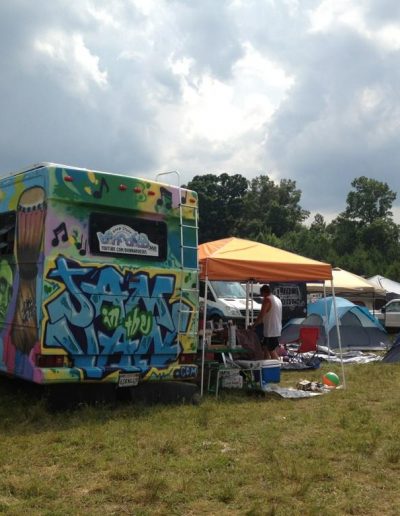 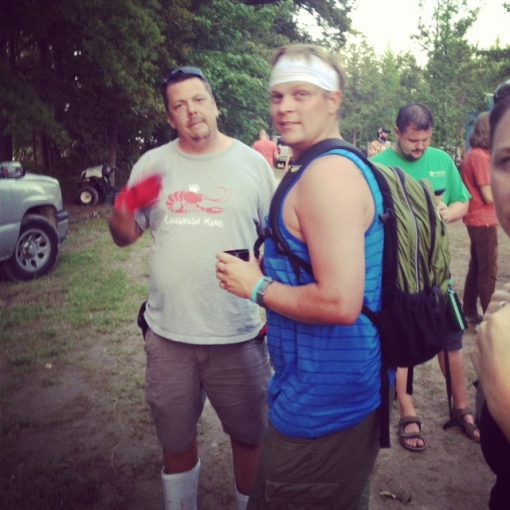 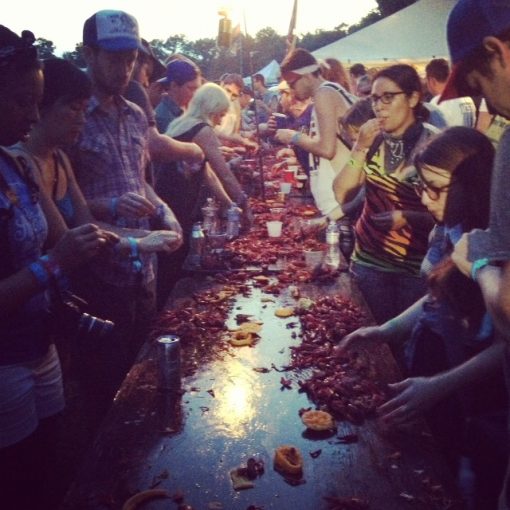 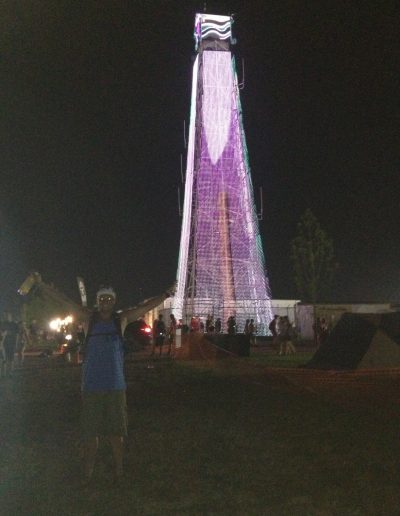