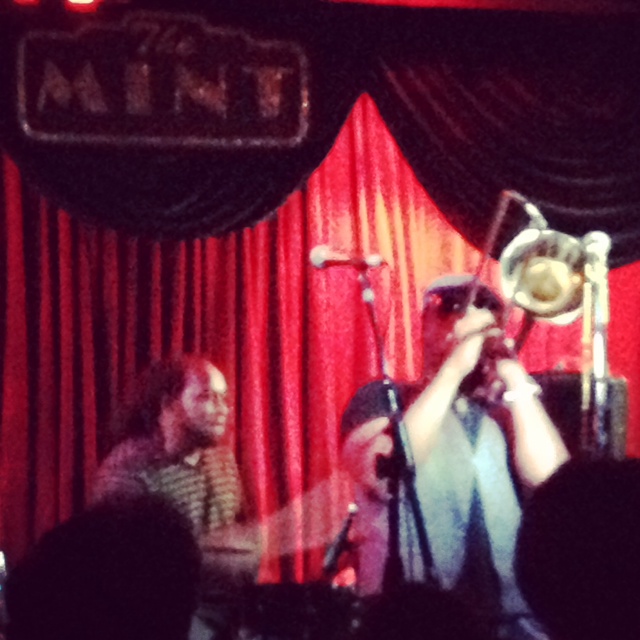 Any show that starts out with me getting cut off by some bro’s in the line who’s bro’s were in front of me, is starting off on a bad foot, but I love The Mint, figured I’d give it the benefit of the doubt.  So what if Big Sam brought out the bros?  I’m OK with that.  It’s easy for anyone to like Big Sam. What’s not to like?  He’s a smiley dude that plays a mean ass trombone, and again, his name is Big Sam.  That’s a likable name.  So on this night I became one with the bros, and all the other types of folks that packed the room to hear some bad-ass hyped-up New Orleans shake-your-boogie-type-jams.

The Funky Nation brings the funky, that’s why they’re the Funky Nation.  They’ve got a song called Funky Donkey.  It’s about shaking your butt.  I dug that song a lot.  I dug when Big Sam pointed at random girls in the crowd and told them to shake their own Funky Donkey’s.  I thought that was an innovative performance piece, and I think other musicians should take a queue from stuff like that. 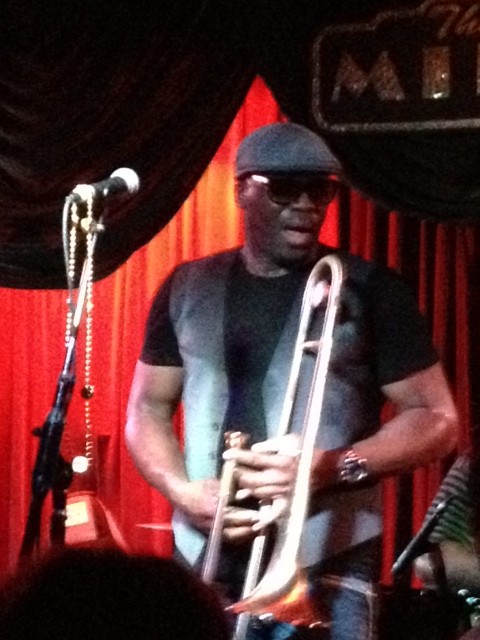 The Nation possesses a strong super power, the ability to make you shake.  You can’t really be there and not at least move your head back and forth.  Once you get that funk in one ear, it spreads out through the whole of you, and before you know it you’re spinning.

Damn if it ain’t a pretty sight to see a room full of people of all shapes and sizes losing their shit singing along with a call and response of “Thank You (Falettinme Be Mice Elf Agin).”  I mean, Big Sam, he had-em going, they really dug being themselves at that moment in time.  Which is a good thing.  So is an extended “Pop a Molly, I’m Sweatin” jam, and so is bringing up all the ladies in the room onto the stage to shake their donkeys for the last song.  Everybody loves a donkey shake show, that’s just good old fashioned fun.  Can’t spell funky without fun…