A Day with the Big Homie and his Little Homies

Jam in the Van started in a back yard in Venice, CA. We had no subscribers on YouTube, no “likes” on Facebook, no followers on Twitter or Instagram. We were a virtual unknown entity, an idea that needed execution and a lot of hard work. So we started that process. First it was backyard shoots, little events that we invited our friends to hang out at. We got some cases of beer and sodas, and frozen pizzas, and we would hang out behind my apartment building in Venice until the cops showed up and told us to turn the music down. I recall one instance where I told a white lie to an officer who wanted to shut us down before all of the bands got a chance to play. I said it was a charity event, and we were filming the music to raise awareness for a local non-profit called The Harmony Project. The cop was satisfied with my fib and let us continue so long as we ended at a reasonable hour and cut the speakers off. There was a speck of truth in my statement, in that we had been talking with The Harmony Project about working with them. In fact, we’d taken meetings with several music based non-profit organizations to try and figure out a platform for us to work together. Eventually we did end up working with the Harmony Project on a couple of sessions that we invited kids from the program to participate in. It was a very successful collaboration, and still to date one of the coolest things we’ve ever done.

Early on we knew we had a good idea, and from the beginnings we’ve always wanted to use that idea to do more than just create something special for ourselves to benefit from. We’ve created a platform and one of the values to that is that we’re able to reach a lot of eyes and ears when we publish something. That’s not a unique quality. There are a ton of schmucks on social media with tens of thousands of people who see all of the ridiculous things that they post each day (A-Town, I’m looking at you). Yet, so many use their platforms to simply pump more unnecessary stupidity back into society rather than take a step back and try to use their influence for something positive. We’ve always sought out opportunities to benefit our community, not just because it gets us a tax write-off, but because we feel an obligation to use our platform to inspire both musically and philanthropically.

Recently Spud introduced me to a man in South Central Los Angeles who has lived a very different life than I have. His name is Pastor Vernon Andrews, and he spent the better part of his first few decades on this earth bouncing in an out of the penitentiary system. He was an institutionalized individual with very short-sighted and selfish goals. As he’s described it to me, he found religion in jail and that saved him. I’m not a religious person myself, but I also came from a solid family, I had opportunities thanks to my parents and I never really needed to place faith in a higher power. I didn’t need that kind of guidance because I had solid direction at home. At a certain point in his life Pastor Andrews decided he no longer wanted to be a product of his environment, he didn’t want to spend his life in jail. So he turned his life around, took to the pulpit, and began to be a positive force within the community that had once led him astray.

Nowadays you can find Pastor Andrews at his church, Mt. Hebron Baptist, where he leads a congregation and oversees the Big Homies Project, a program designed specifically for early intervention with the youth of the community so that the youngsters he affects don’t make the same mistakes that he once made. It’s a necessary and noble cause, and a brave one, and when Spud put me in touch with him I was inspired to participate. During our first meeting Pastor Andrews told me that God had a plan for he and I, that he wasn’t quite sure of what exactly it was yet, but that it was going to be good. Now, I haven’t changed my stance on religion, I still don’t put much stock in God’s plan, but I do like to help where I can, and so I’m happy to do so, be it planned or not.

Now, the first thing I noticed when I went to Mt. Hebron Church was that the neighborhood was not a nice one. It was a bars on the windows and stay in your car type area. The next thing I noticed was that the church had a nice sized parking lot with a fence around it. Nowadays when I see a parking lot I think “hey, we could bring some music here.” So that was my immediate reaction, and knowing what I knew about Pastor Andrews and the Big Homies Project I figured there was an opportunity there to give back and to use what we’ve created to inspire some children who most likely had never seen anything like the Jam Van or heard anything like the music we record. 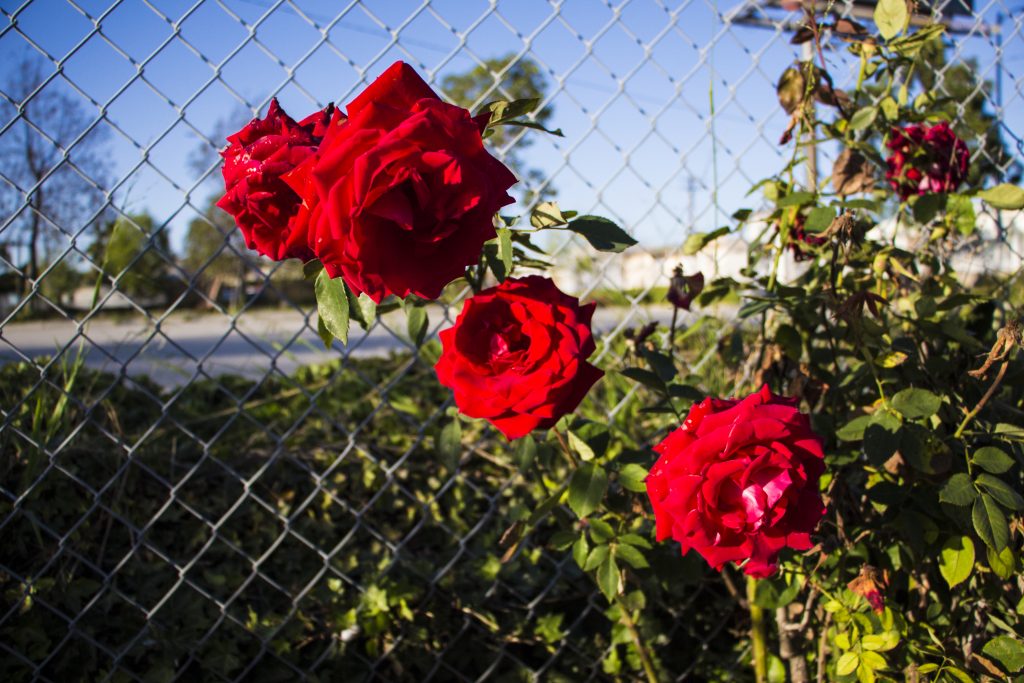 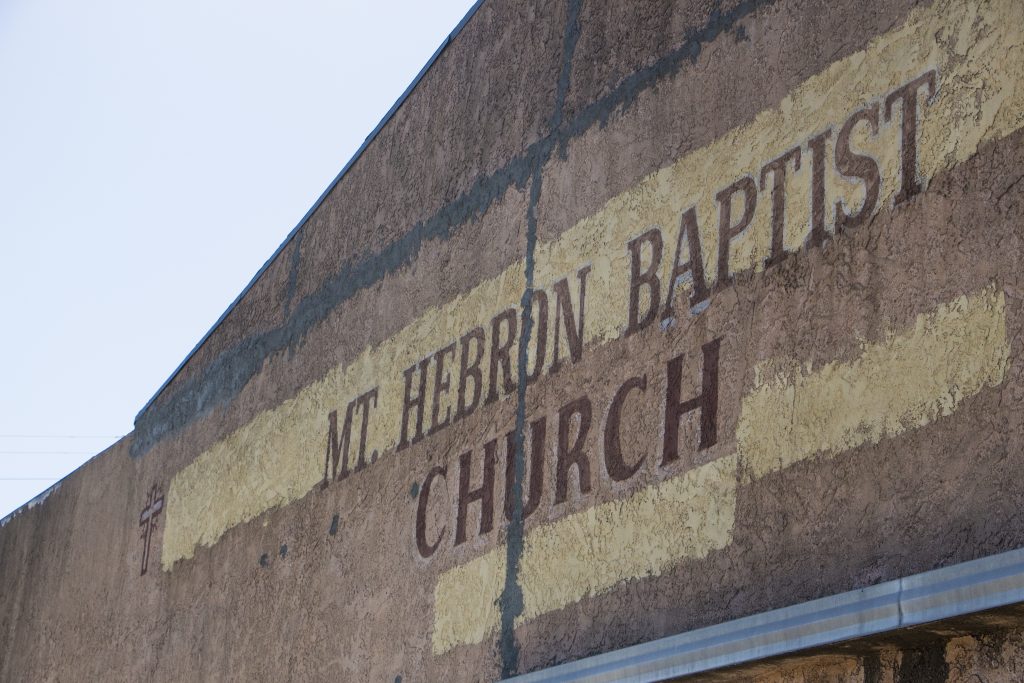 So the pastor and I put our heads together and settled on a date, and he invited his flock and I organized my crew and called up some musicians and we made an event out of it. When we arrived at the church in the morning there were already a handful of kids congregated around the van and that handful would grow in size before the day was done. My crew got the lay of the land and set up shop. A couple of our camera guys took a walk to a local liquor store against the recommendation of Spud to not go wandering off. They quickly learned to not do that again, when a local gang member strong armed them into paying for his forty ounce. It was a good introduction to the area and a reminder of what odds the kids we were hanging out with that day were up against.

Over the course of the afternoon the children got to watch a gospel group called GHL Band and Praise, whom Pastor Andrews’ associate, Pastor Williams had introduced us to. A unique take on hip-hop from a group called The Reasn. Some very soulful indie rock from up and coming band Caught a Ghost. The melodic slide-guitar-laden indie-folk music of Los Angeles act Olin and the Moon. Tess Henley also provided her soulful vocals a the end of the day, but by that time night had fallen and the kids had all headed back to their homes for the evening. 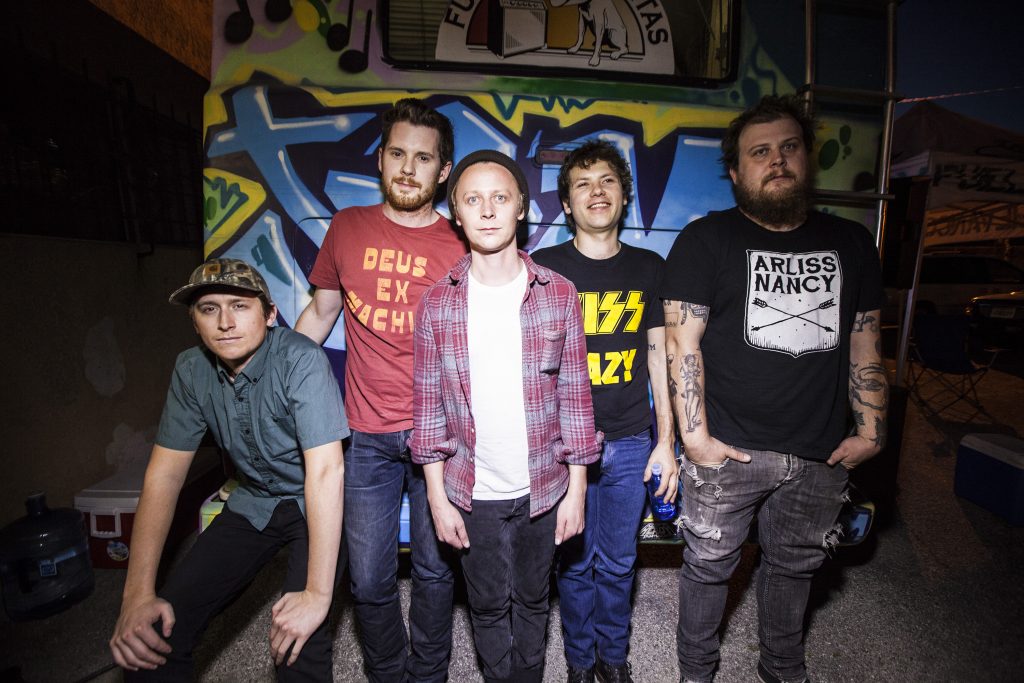 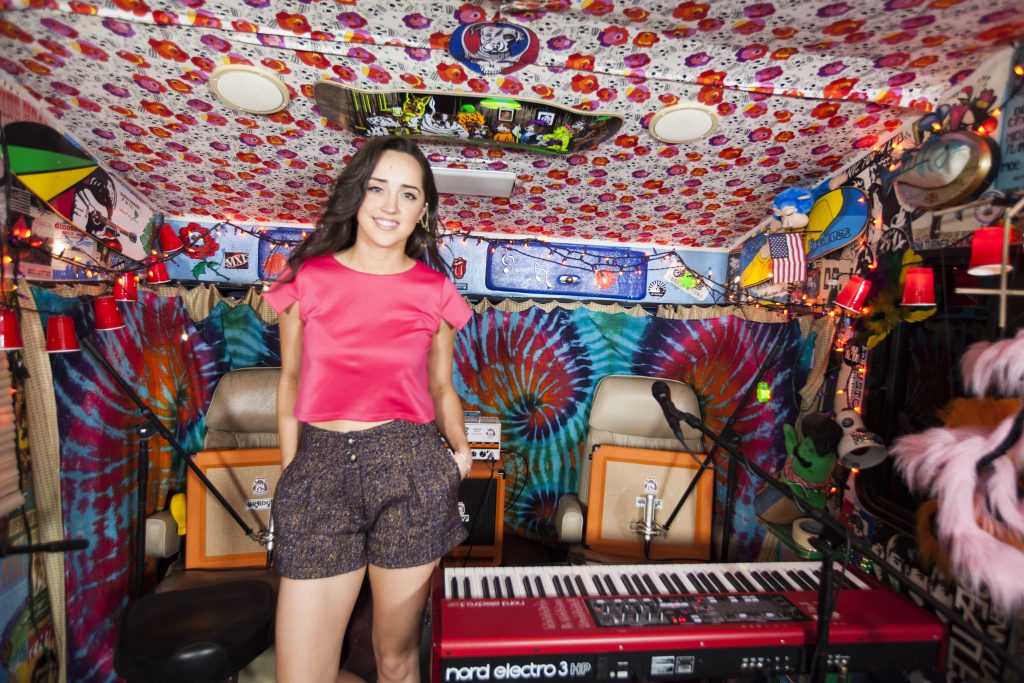 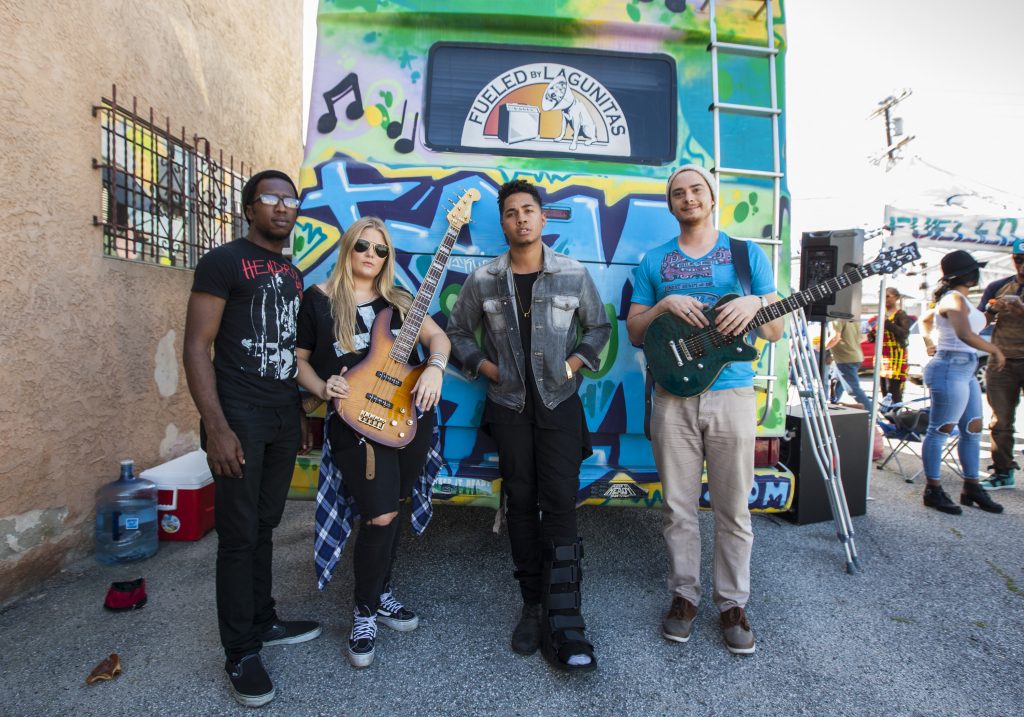 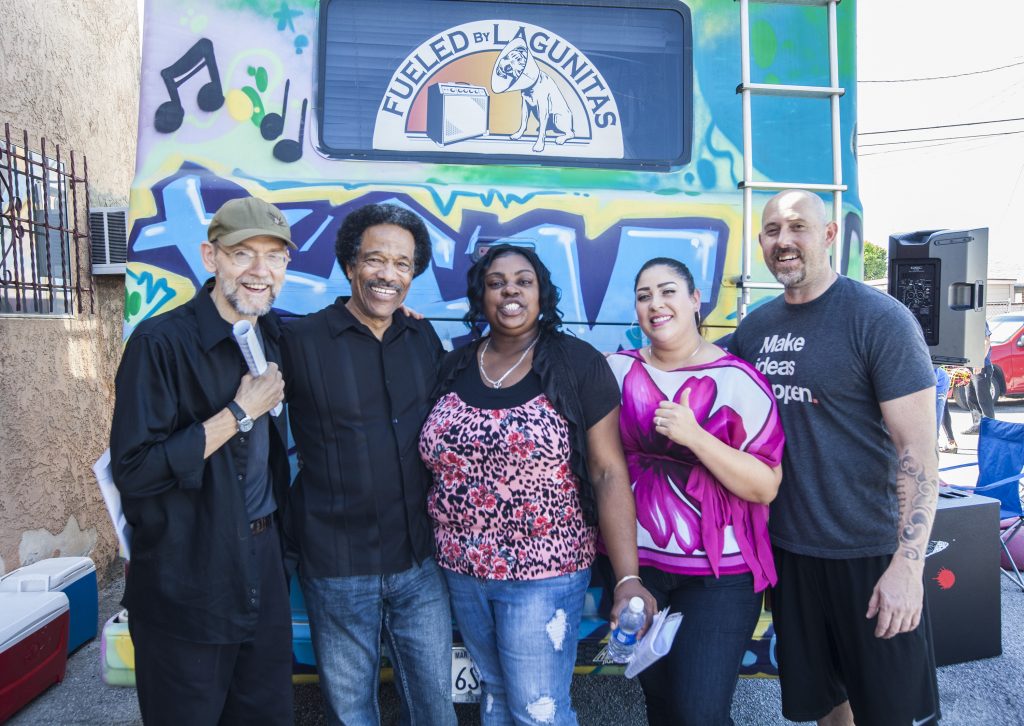 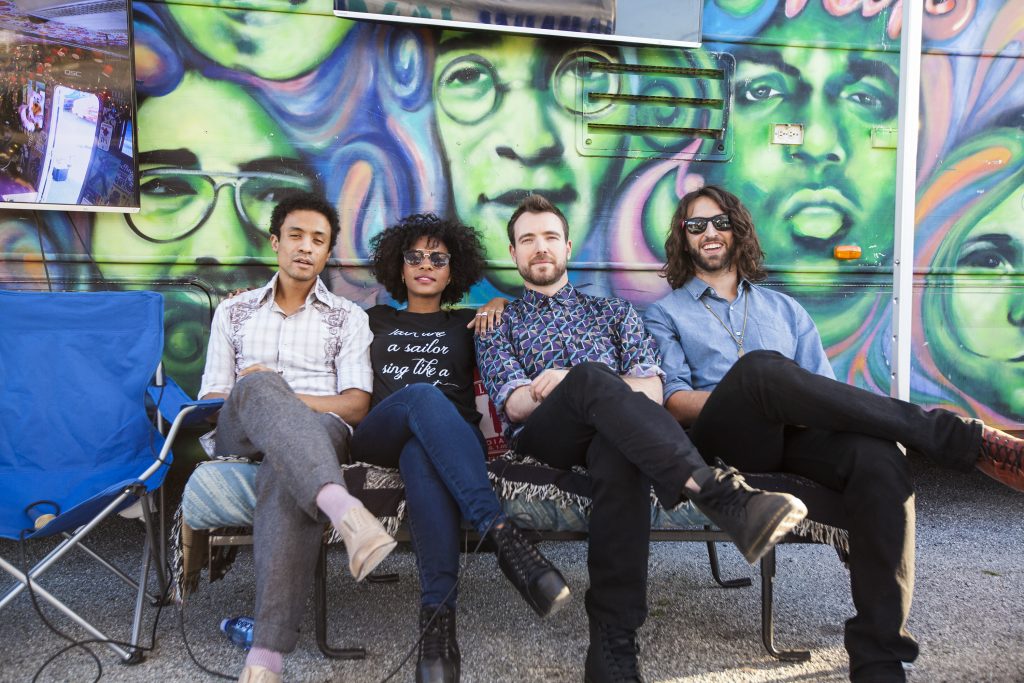 Regardless of whether or not the kids got anything out of all of that music or the tour of The Van and the studio equipment or from Pastor Andrews’ thought out discussion about choices and life that he and Spud had in Cuz’s Corner, it was still a positive experience. Sure they might have been more interested in tossing a football or playing with the bubbles and puzzles that one of the congregants had donated to the event, but that’s fine. They spent the day being exposed to new things, and new music, and positive influences, and whether it had an immediate effect or not doesn’t matter. It’s a building block, and from it hopefully we laid a small foundation of inspiration in some of those young minds. Maybe some of them went home and told their parents that they want to learn to play a guitar, or maybe they sung some of the songs they heard in The Van in the bath later that night. Maybe they’ll go on to play in a band themselves, and although I doubt it will be this single occasion that sparks that development, it’s a positive influence and if you understand the streets that surround these kids you’d understand how important it is to have as many of those things in their lives as possible. 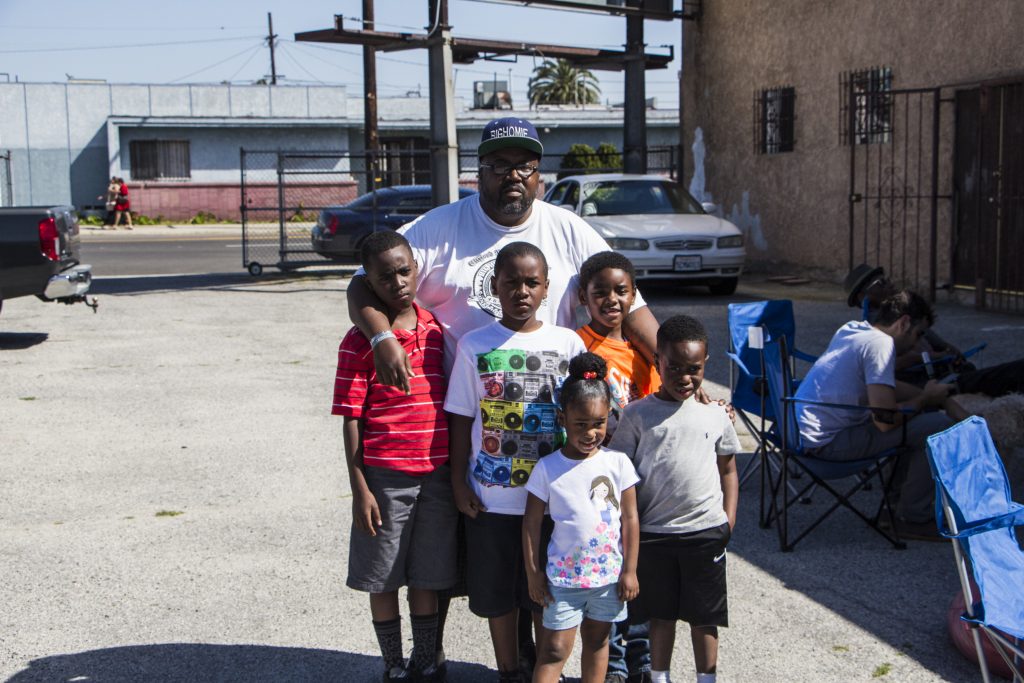 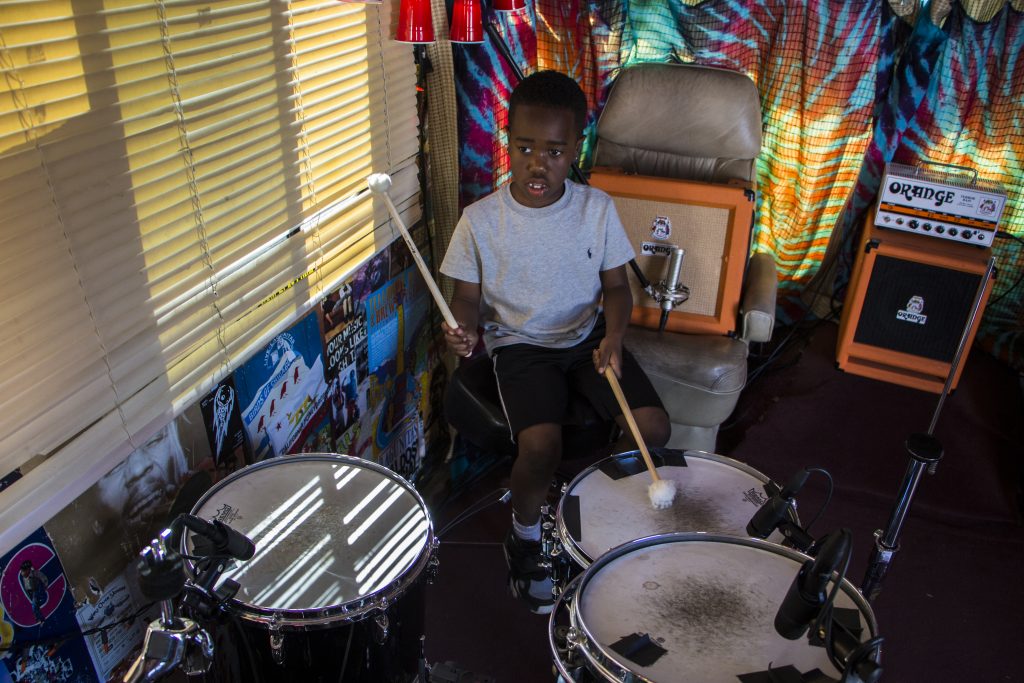 So we wrapped up that evening with a warm feeling in our chests. Sure it was just another day of jamming in The Van, but it was a little bit more than that. We made a difference, if only for a few hours. If everyone in the world did that once in a while, well, there’s like six billion people out there, you do the math on that. At the least it would make a lot of good music, that’s for sure…

If you want to help out with the Big Homies Project contact Pastor Vernon Andrews at BigHomie55G@Gmail.com. 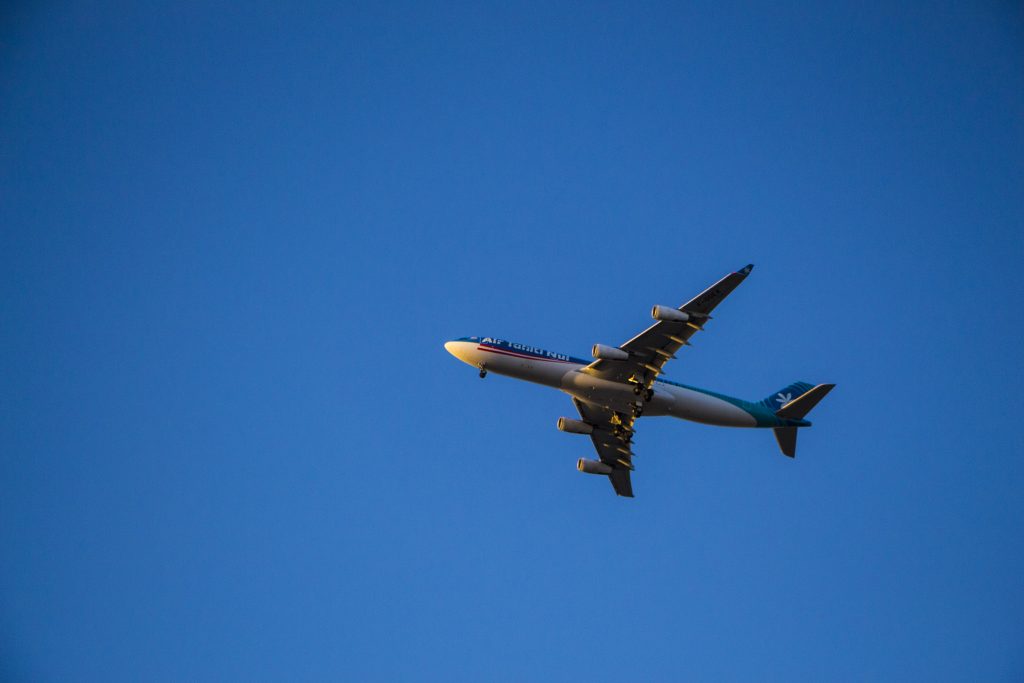 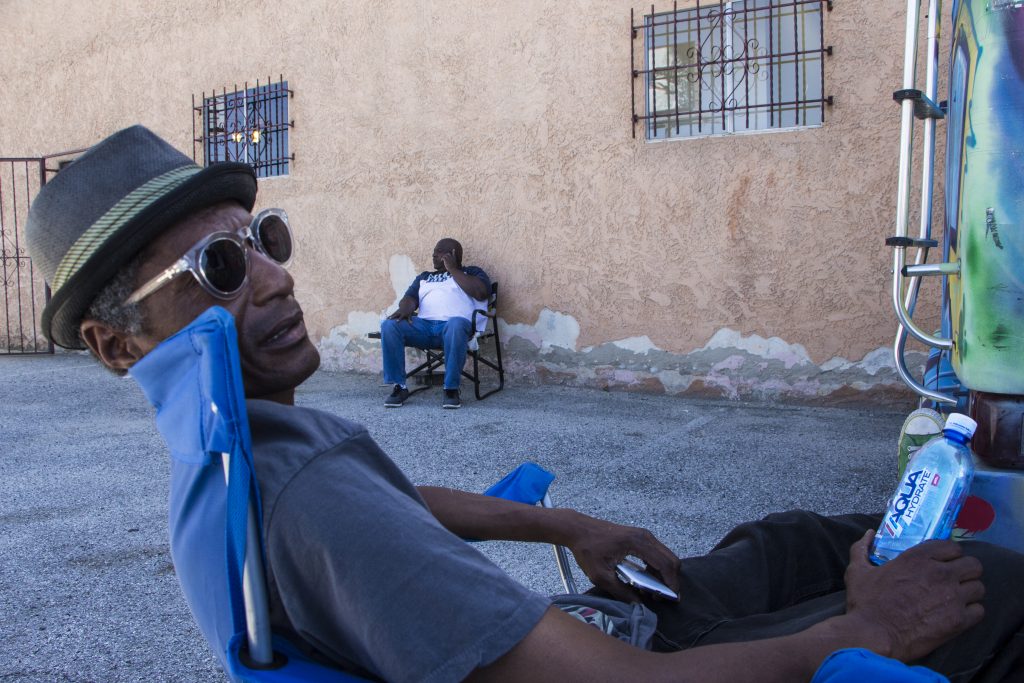 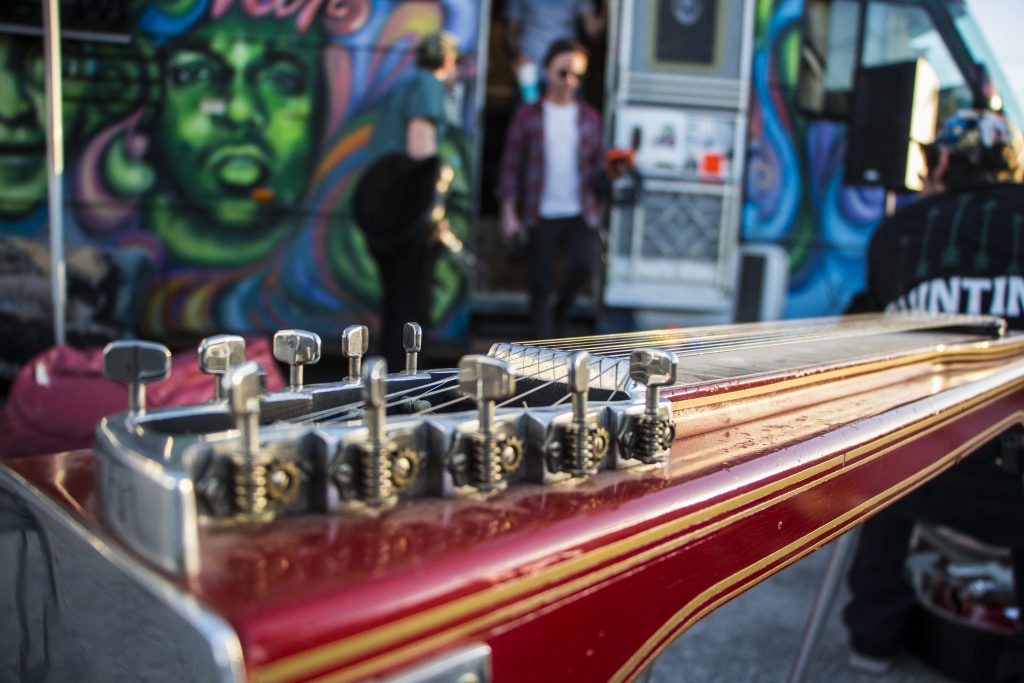 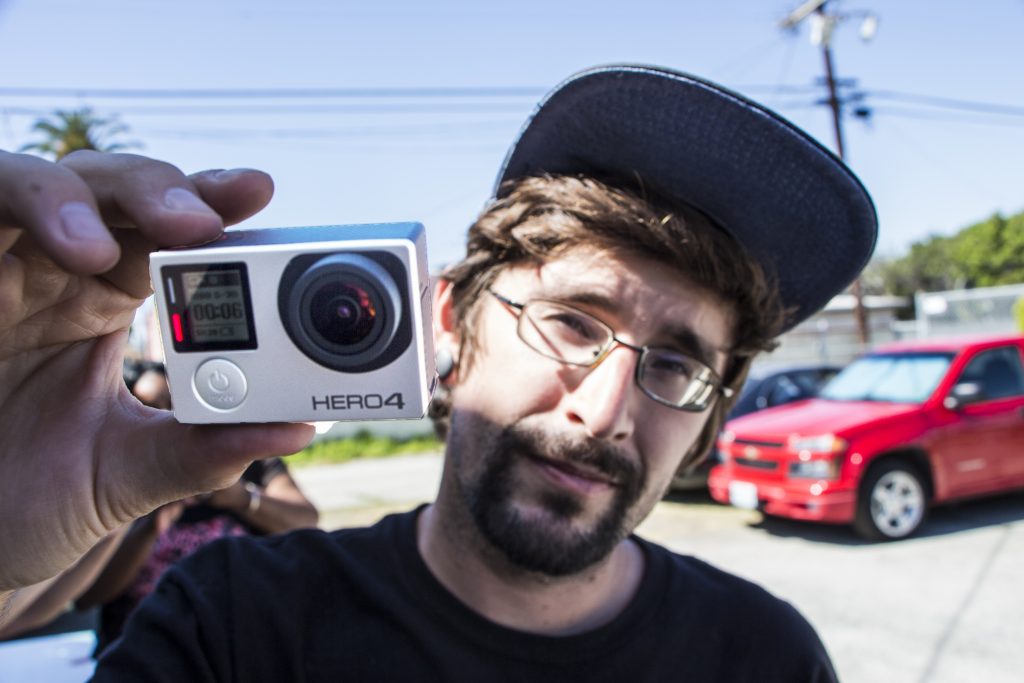 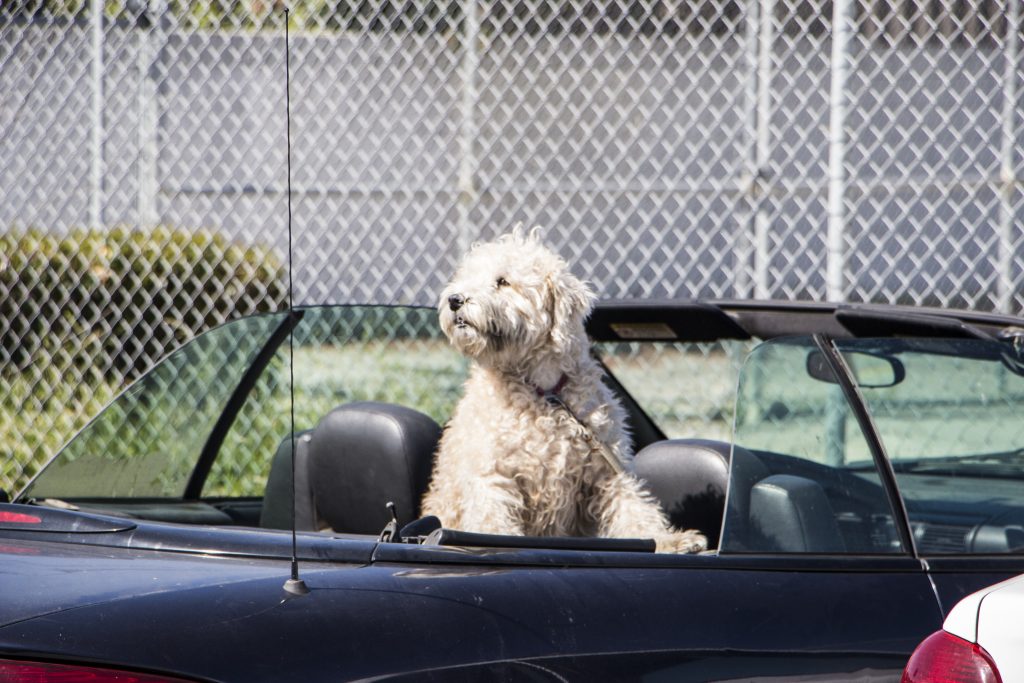 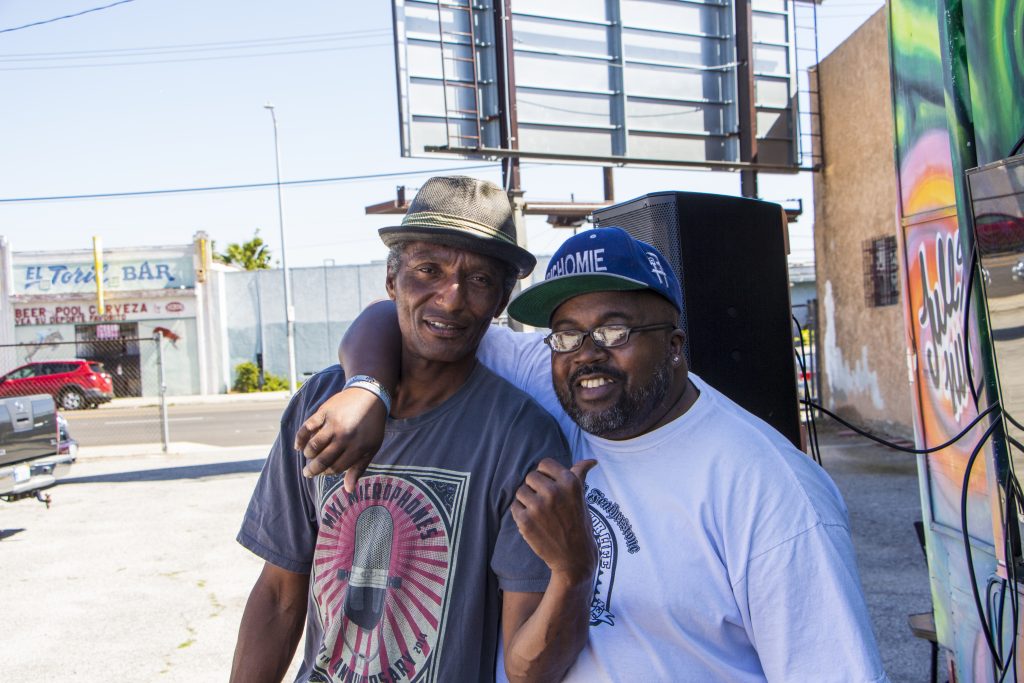 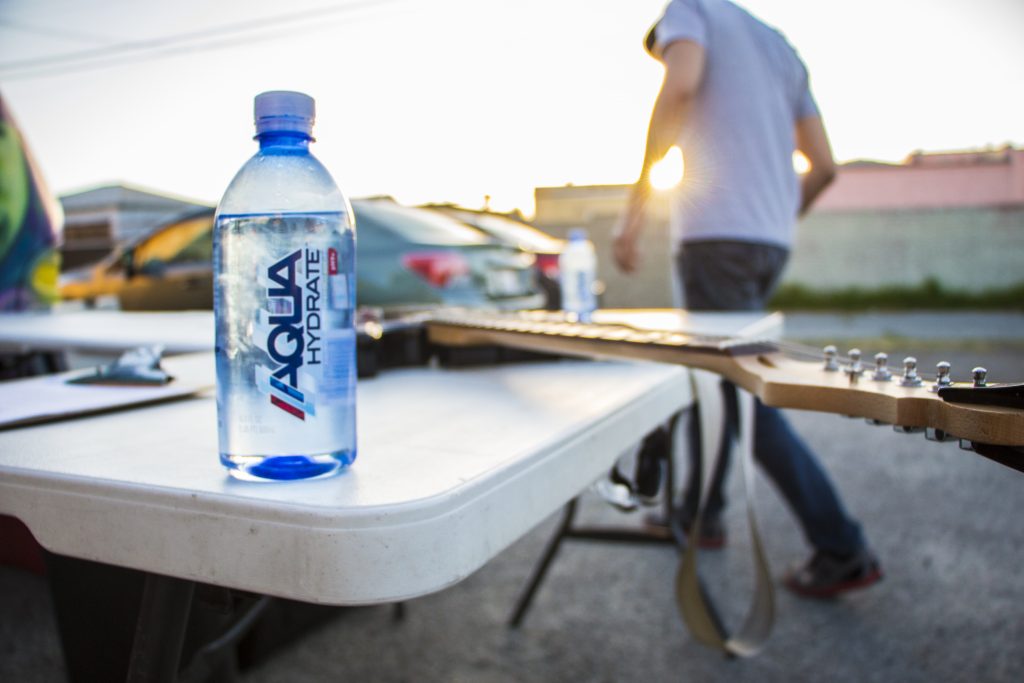